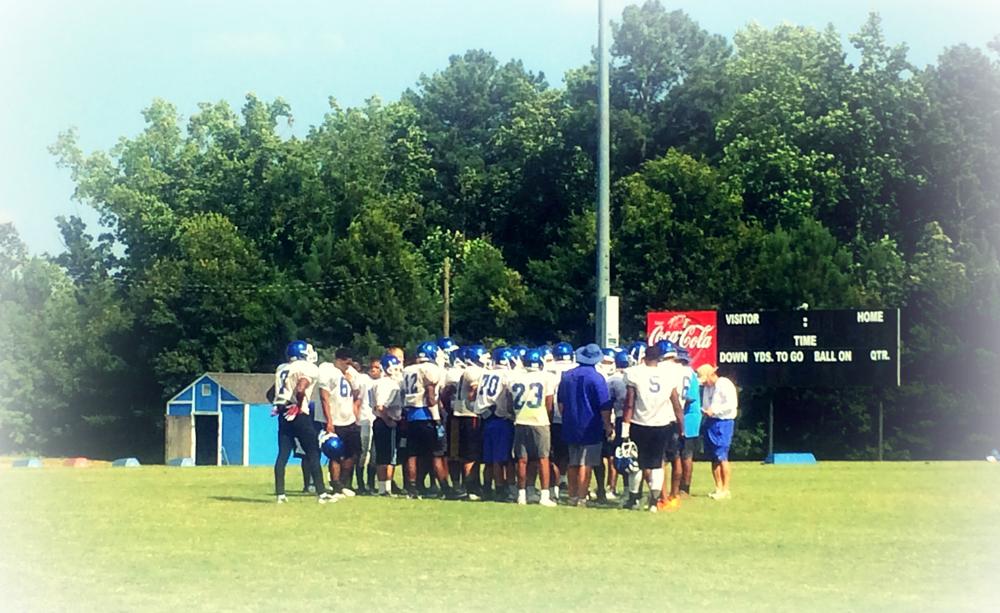 Football Fridays in Georgia are back on GPB! This Friday, we'll kick off our fourth season loaded with some of the best high school football games in the great state. Up first, it’s the Tigers of Archer High School traveling to the Lion’s Den where they'll take on the Peachtree Ridge Lions. Both these teams have outstanding coaches. Andy Dyer founded Archer's program and led the Tigers to an 11-1 season in 2013. Mark Fleetwood has done a terrific job at the Ridge, leading the Lions last season to an 8-4 record and into the second round of the playoffs. Both these teams also have outstanding quarterbacks. Archer is led by Gabe Tiller, while the Lions are led by senior Chance Thrasher. The game is going to be nothing short of terrific and we expect the entire to be the same! At 7pm, Claire Simms and I will host the All-Access Pass Pregame Show. Grace Olson will handle the social media swirl and will share an outstanding story about a special way the Peachtree Ridge Lions train……on trampolines! Watch and see and how it all works. Jon Nelson will be back spanning the state to bring you Jon’s Georgia and keep us posted on what's going on statewide in the world of high school football. This year, our broadcast team will include two veteran announcers in Matt Stewart and Larry Smith. They'll break down the game with a chalk talk segment during the All-Access Pass. Did I mention that former University of Georgia head coach and athletic director Vince Dooley will be on hand to help kick off the season!? So please join us Friday night at 7pm for a great night of high school football, only on the great GPB.