Someone Who's Walked The Walk, Talked The Talk 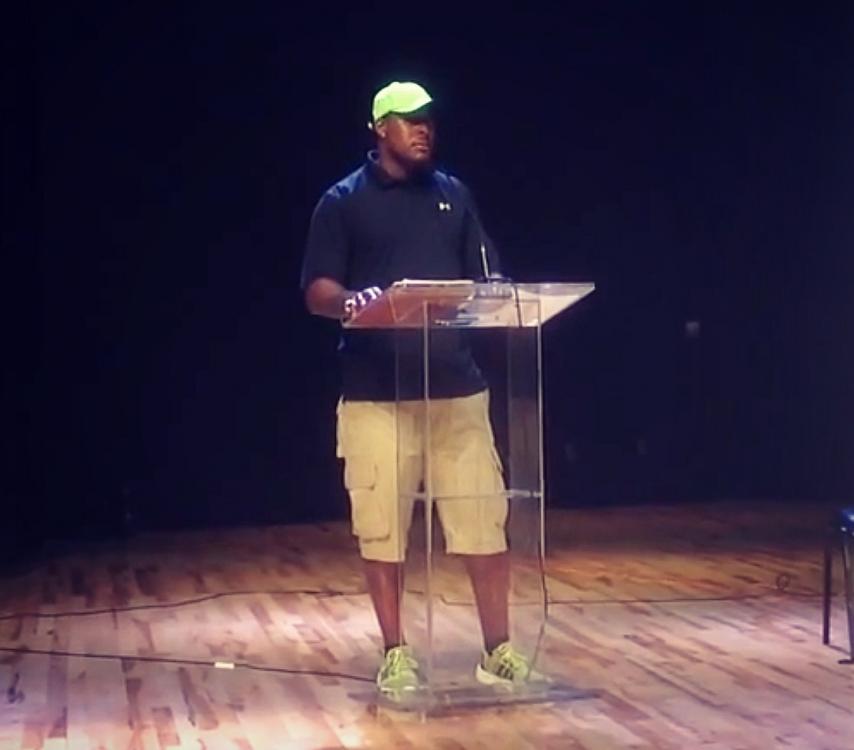 If you haven't already heard, high school football is one month away! Well, the first regular season kickoff that is. Before then, what's turned into a year-long football machine has Georgia high school coaches plugged in around the clock. That includes media days: an opportunity to reflect on the season passed and speak hopefully about the one ahead.

Atlanta Public Schools hosted theirs this week. Of course, the head coaches were there. Accompanying them were players they believe well-represent their program--some chosen for their on-the-field production; others, for their leadership off-the-field. But before the teams were called up to the podium, one special guest shared nuggets of insight and encouragement. He directed his message mostly to the young men chosen to wear their team's logo for Atlanta Public Schools' 4th Annual Media Day.

Ahmad Carroll, former cornerback and alumnus of both Frederick Douglass High School and the University of Arkansas, went on the play professional football for the Green Bay Packers as the 25th overall pick in the 2004 NFL Draft. Carroll's pro ball career also led him to stints with the Jacksonville Jaguars, the Orlando Predators, the Hartford Colonials, the Calgary Stampeders, the Arizona Rattlers and the Toronto Argonauts.

Carroll primarily emphasized staying focused on personal growth and goals, as well as the value of going the extra mile.