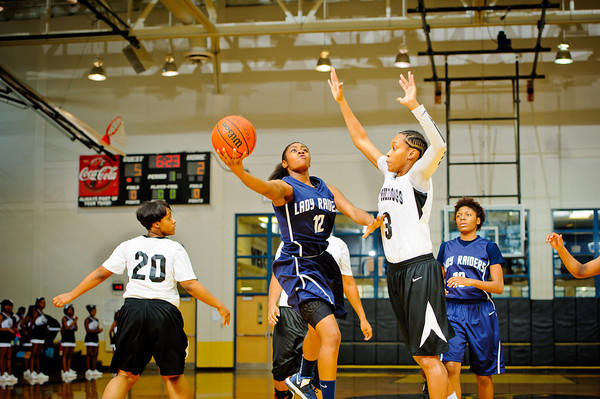 It’s time for the GHSA boys and girls high school basketball tournament. Beginning this weekend, there will be 160 first round games and 370 games spanning the next nine days. That, my friends, is a Hoop-a-Palooza.

One of the teams that has a great shot at making it to Macon are the Lady Raiders of Redan High School. The Lady Raiders are a picture perfect 28-0 on the season, 12-0 in region play. Coach Jerry Jackson tells me great senior leadership has been the key to their success. There are five seniors on his team and four have played together for four years.

Check this out: Brea Elmore averages 21. 6 points a game, Destini McClary averages 16 points, Jamese Abney scores 15.3 a game and Jada Byrd chips in with 14 points per outing. Needless to say, there is a lot of scoring punch in this bunch. Coach Jackson tells me that this is hard working group of youngsters that have been through a lot and have been dedicated to being the best team they can be.

Last year, no Georgia boys or girls team went through the season undefeated. This year, two boys teams and five girls squads have a chance to run the table. Redan is one of those teams. Coach Jackson told me that he and his team did not think about a perfect season during the regular season. Their goal was to improve each game and peak for the post season. So far, mission accomplished and if they do make it to Macon and win the Class 4A state title, they will be one of those rare, undefeated teams.

So good luck to Redan and to all the teams in this year’s tournament. I hope to see you in Macon.

GPB Sports will televise all fourteen GHSA championship games--over 30 hours of high school hoops--over the three day span of March 6-8. It is one of the greatest events in all of high school sports and we will bring it to you live, on the great GPB!!!