The Archer Tigers Are On The Prowl! 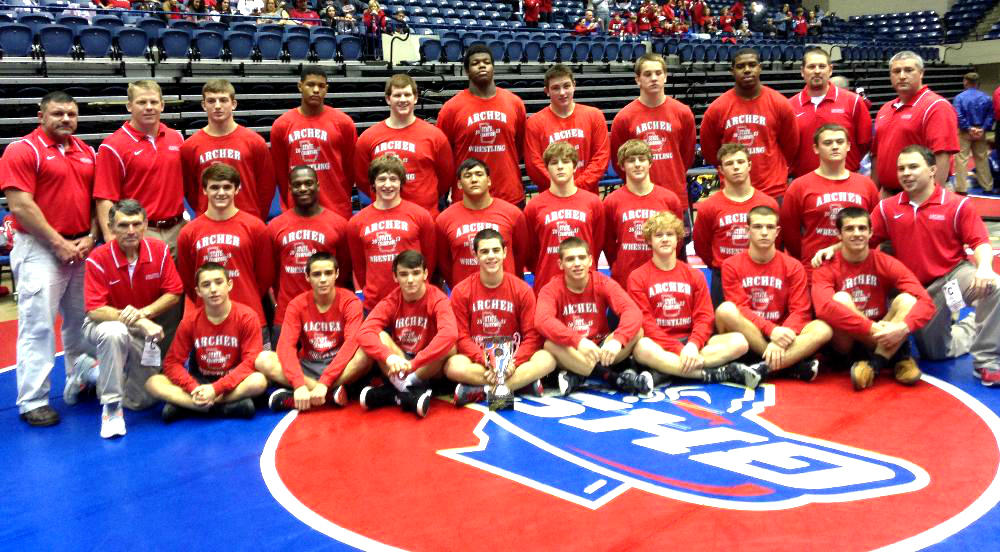 The Archer High School wrestling team is in the midst of an outstanding season. The Tigers are sizzling along with a 22-0 record, they have won all nine tournaments they have competed in five different states. They're coming off an impressive win in the GHSA Duals.

Archer coach Tom Beuglas is coaching up an impressive array of talent that includes a pair of brothers, a
pair of twin brothers and one undefeated wrestler.

Elliott Lee who wrestles 195 is undefeated this year. Twin brothers Sam Bullard who grapples at 138 pounds and twin Thomas Bullard at 145 are sophomores who won state titles last year as freshman. And it's Miller time for the Tigers with 170 pounder Garrett Miller and 182 pound Quinn Miller having outstanding seasons.

Two guys came in second in the state last year, and that is Chris Diaz at 126 pounds and Grant Aycox at 132. Coach Beuglas says his heavyweight, 6-5, 270 pound M.J. Couzan is a talent to contend with and a very formidable force.

Up next, a big meet this weekend that will include powerhouses Commerce, Jefferson, Collins Hill, and Gilmer to name a handful. And then it’s on to the state tournament in mid-February at the Gwinnett Civic Center.

These Tigers are tough, talented, and motivated. Keep an eye on them February 13-15 at the GHSA state championships. The Tigers won the first ever Class 6A title last year and are in a great position to go for back to back titles in a few weeks.