A Championship Weekend On GPB Sports! 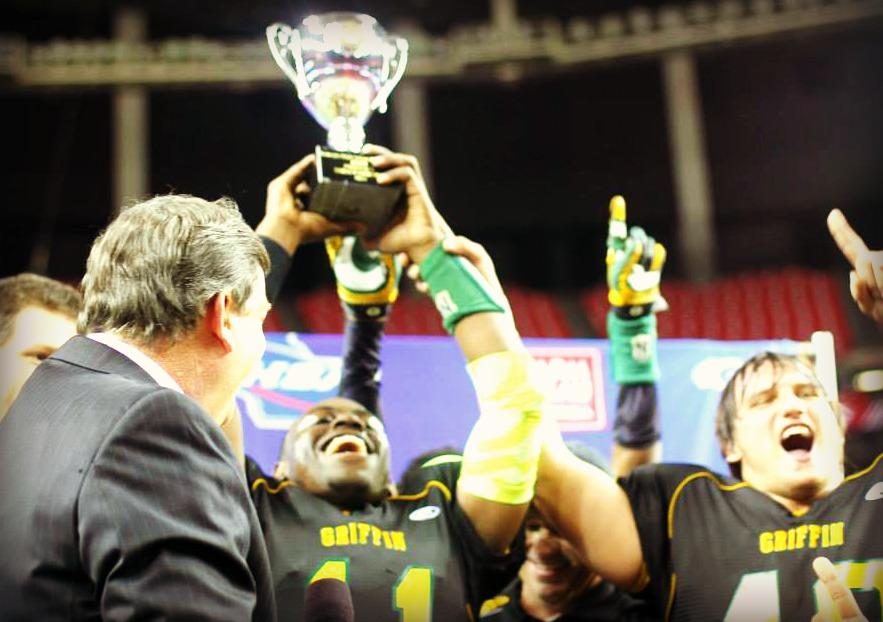 Just a few closing thoughts on the GHSA Championship weekend on GPB.

We had seven great games between fourteen top teams. The players, coaches, cheerleaders, trainers, principals, band members and fans had a great time all weekend long.

On Friday, 14-0 Aquinas won the Class A Private school title by beating Calvary Day, 27-7. James Leonard became the youngest head coach to go undefeated at twenty-six years old and to win a state title in Georgia in his first year as head coach. Leonard's grandfather started the Aquinas program, so the win was very special to the Aquinas High School family.

In the 3A game, the Buford Wolves beat Washington County 35-19. The Wolves rack up a tenth state championship trophy to add to their trophy case. Buford has now won nine titles in the last thirteen years and six of the past seven.

The 5A game matched up two unbeaten teams in Tucker and Creekside. This game was tied at the half 14-14, but the Seminoles dominated the second half, winning the game 52-28 for the first football state title in school history. It was a very emotional game to cap off a very emotional season, as Creekside played the entire year honoring the memory of a teammate who died on the field in August.

In the Class AA game, the Lovett Lions won the school’s first football title since 1970 by beating the Lamar County Trojans 14-7.

The 4A game was a real shootout with Griffin capping an unbeaten, 15-0 season, by beating Carrollton 56-35 in the highest scoring state final in history. The Bears were led by QB Jaquez Parks who played an outstanding game, both running the football and throwing
touchdown passes to Trey Willis.

In the final game of the weekend, North Gwinnett raced out to a 14-0 lead, but defending champion Norcross roared back behind the play of running back Myles Autry, quarterback A.J. Bush, running back Josh Boyd, wide-out Clinton Lynch and a defense that was tough
as nails. It was the second straight 6A title for Norcross and Head Coach Keith Maloof.

Overall, it was an exciting two days of punts, tackles, and touchdowns. The fans were fired up and enthusiastic. The coaches and players coached and played hard and most importantly, showcased a great deal of class and good sportsmanship.

It's an absolute blast to be up on the podium as the trophies are presented, where I have a close-up view of the pure joy that comes from so many people pulling together, working hard all year and then celebrating the reaching of a common goal. The energy is incredible and I am so lucky to be a part of it.