A Sports-Filled Weekend On GPB! 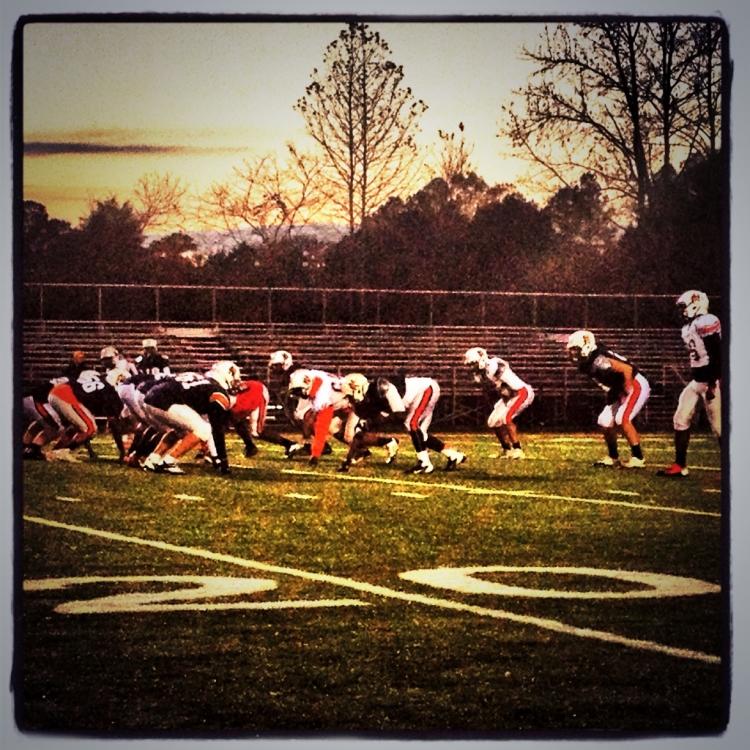 In this week's edition of Football Fridays in Georgia, GPB Sports is at North Cobb High School where the Warriors will host the Packers of Colquitt County. Both of these teams come into this one with 9-2 records and both are a ton of fun to watch.

Coach Rush Propst's Packers went 9-2 overall and 5-1 in that very tough region, Region 1 6A. The Packers are led by quarterback Daniel Mobley and running back Sihiem King.

Coach Shane Queen's North Cobb Warriors are led by his son, quarterback Tyler Queen who can run and pass with the best of them. Tyler is just a junior but has already said he will go to Auburn after his senior season. The Warriors also have a talented tailback in
JeVonte Herrod.

The All-Access Pass pre-game show kicks off live at 7pm. We will hear from both coaches and our play-by-play team, Trey McDaniel and Kelin Johnson, will break down the game with a little "chalk talk." Claire Simms has a great story on North Cobb's STEM
program, Jon Nelson will drop by with his coverage from all over the state of Georgia and Grace Olson will have all the social media notes and news.

This Saturday, GPB will air our coverage of the 2013 GHSA Cheerleading Championships. One-hundred and eighty-four teams and over 2,500 cheerleaders from
around the state battled it out at the Columbus Civic Center. Eight Champions were crowned, including four schools that won back-to-back titles. Join Ashley Mengwasser, Grace Olson and me for all the action. The premiere is Saturday, November 23rd from 5-6 pm, with encore performances Sunday, November 24th from 6-7 pm and again on Tuesday, November 26th beginning at 7pm.

GHSA playoff football and the GHSA Cheerleading Championships, only on the great GPB!