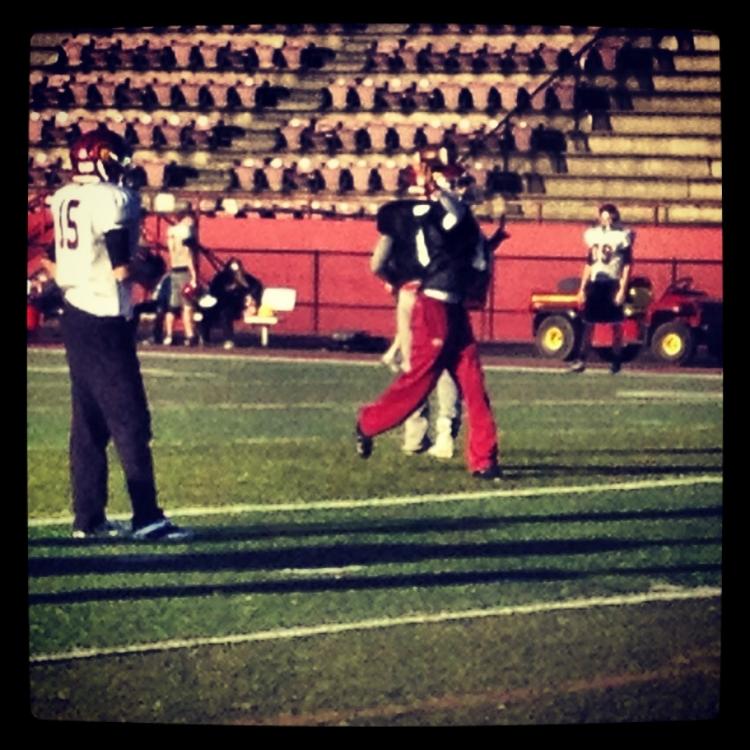 It's playoff time, folks! We've broken out the brackets and things are truly coming down to the wire as 160 teams compete tonight for a spot in the second round of the GHSA playoffs next Friday. Football fans all across the state are ready for some 'edge of your seat' action and the matchup we're featuring tonight on GPB has the potential to provide just that.

A region title earned the 7-3 Lassiter Trojans a home game for the first round, as they get set to face the 7-3 Lions of Peachtree Ridge--in other words, a Cobb County-Gwinnett County classic.

Senior quarterback Will Anderson of Lassiter transferred in last spring from the Wesleyan School, so one of his primary missions this season has been gaining a thorough understanding of the Trojan offense and building chemistry with his teammates and coaches.

It's looking like a rainy one tonight at "The Frank," but as those northern football fans would say...this is "real" football weather! So bring it on, rain and cold! It's time for the playoffs.