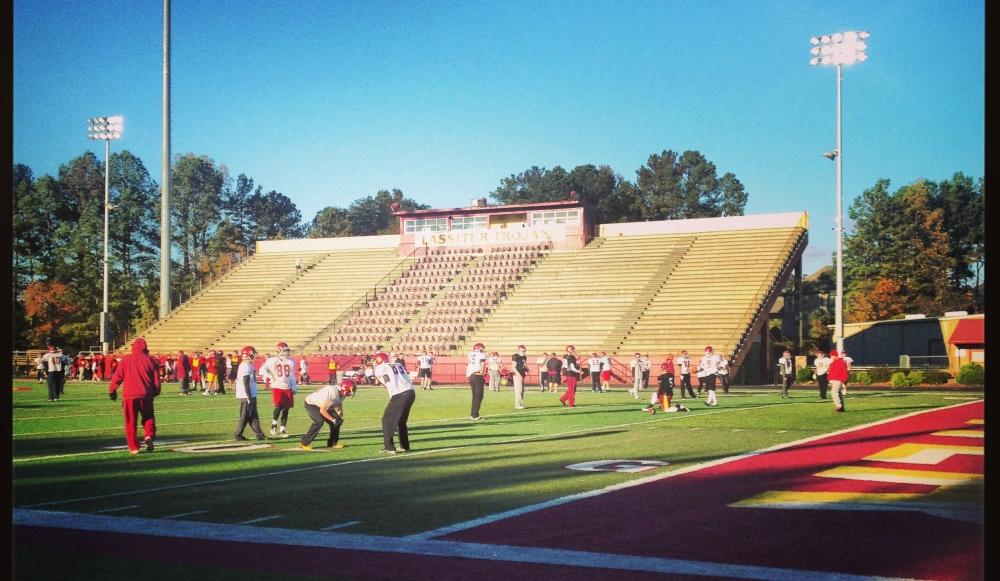 The regular season was terrific, but now it’s on to the second season: it’s on to the playoffs. One-hundred and ninety-two teams in six classifications have earned the right to play for seven state championships. On this first weekend of action, 160 teams will kick it off with 80 winners staying alive to advance to the next round of play.

On GPB, we will televise the Peachtree Ridge Lions at the Lassiter Trojans. Peachtree Ridge knows a little something about winning championships, having won the big trophy in 2006.

This year’s team posted a 7-3 record and the three losses all came to teams ranked in the top seven in Class 6A: top-ranked North Gwinnett, defending champ and fifth-ranked Norcross, and seventh-ranked Collins Hill. Coach Mark Fleetwood's Lions can light up a scoreboard behind quarterback Chance Thrasher, running back Jordan Ellis and a great corps of wide receivers led by Myron Burton. They have been tested and will be playoff tough.

At Lassiter, Coach Jep Irwin's Trojans are coming off a region championship. The Trojans posted a 7-3 record in the regular season, with a 6-1 record in Region 5 6A. The Trojans like to air it out and quarterback Will Anderson has thrown for over twenty-three hundred yards and twenty one touchdowns. Mason Waters is the team’s leading ground gainer and Corey John has tallied nine touchdowns. Quincy Perdue is the team’s leading receiver averaging over 17.5 yards a catch and has scored ten touchdowns.

This looks like one of the top first round matchups with both teams capable of putting up points.

It should be a very interesting, entertaining, and hard hitting playoff game. The GPB All-Access Pass pregame show kicks off at 7pm. You will hear from both coaches; Trey McDaniel and Kelin Johnson will break down the X's and O's with a little chalk talk in a segment we call "Extra Point"; Jon Nelson will drop by to bring us up to date with other great high school stories from around the state in his 'Jon's Georgia' segment; Claire Simms will bring us a story about school spirit and Grace Olson will have us covered when it comes to the world of social media. We will also break down some brackets and preview some of the other top games in the state.

So, the second season is about to kick off and the road to the Georgia Dome is underway. I am hopping aboard the GPB Football Fridays in Georgia train and we will see you all the way through the playoffs to the state championship games on December 13-14.