Region Titles On The Line In Final Week 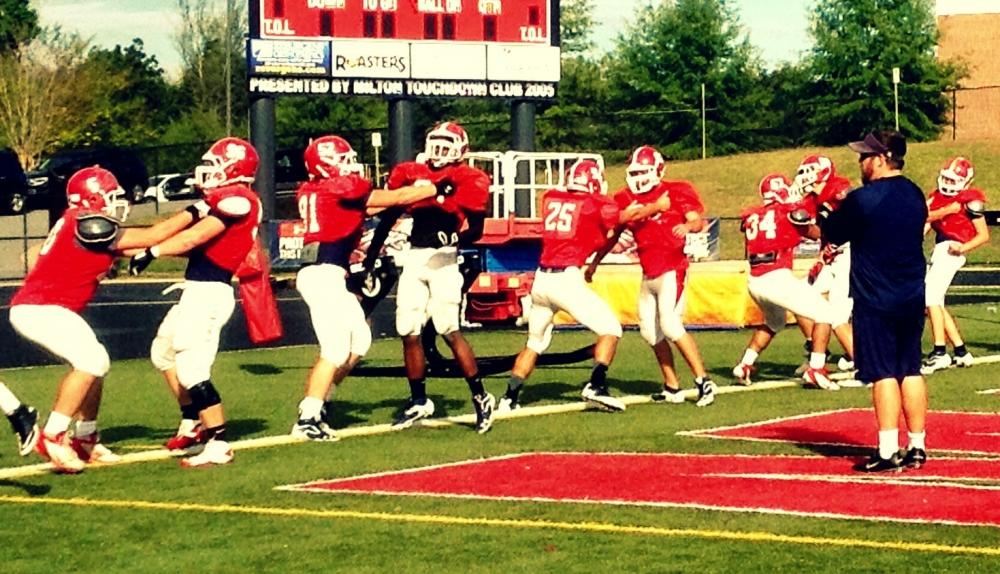 Hard to believe that we’re approaching the final week of the regular season in Georgia high school football. It’s been an incredible eleven weeks of action thus far but it will take a twelfth week to decide several big regions across the state. Several of next Friday's games will serve as region championship games. In addition, there could also be several tie breaker scenarios depending on the winners and losers which could decide playoff positioning.

Let’s walk through some of next week’s most dramatic games beginning with one of the states deepest regions, 1-AAAAAA.

Camden vs. Colquitt: Both schools are 8-1 overall and undefeated in region play at 5-0. The winner will win the region title outright. The loser will maintain the No. 2 seed in the region and host a playoff game in round one. It should be a phenomenal matchup in Kingsland between two schools ranked in the top ten.

Region 2-AAAAAA: Alcovy vs. Lovejoy: The Wildcats of Lovejoy are 8-1 and 5-0 in region play. They are currently the 2nd ranked team in the state and have been runner-up for a state title the last two years. They’ll have to take care of business against Alcovy in order to secure another region title. If the Tigers can beat the Wildcats they’ll win their first ever region title since opening in 2006. If Alcovy losses and Newton beats Morrow, the Tigers will fall to the No. 3 seed and be forced to travel for the first round of the playoffs.

Region 4-AAAAAA: This region has been a wild one all season. It comes down to two matchups to decide it. Early in the season, it looked like it would come down to the Hillgrove/McEachern match-up, and that could still be true. At this point, both the Hawks and Indians will be scoreboard-watching to see what happens when North Cobb squares off with Campbell. If the Warriors can pull out the victory they will win their first region title since 2007 by virtue of victories over both Hillgrove and McEachern. If Campbell can pull off the upset, the winner of the Hillgrove vs. McEachern game will take home the region crown. All three schools are 7-1 overall and 6-1 in region play and they have all spent time ranked in the top ten this season. McEachern was ranked #2 before losing to North Cobb on October 18th.

Region 5-AAAAAA: Lassiter vs. Etowah: Things are pretty simple for the Lassiter Trojans: win, and you win Region 5. Things begin to get a bit more complicated if Etowah wins. A win by the Eagles could turn the entire playoff picture on its ear. At that point, both the Trojans and Eagles would be 5-2 in region play and could find themselves in a four-way tie for first place if both Milton and Walton win Friday. Milton plays Woodstock and Walton takes on Roswell. All tiebreakers in Region 5 will be decided by coin toss. If you don’t think playoff positioning matters, think again. The #3 and #4 teams in this region will have to travel in round 1 of the state playoffs to play the #1 and #2 teams from Region 7-6A, perhaps the best region in the state.

Region 7-AAAAAA could get interesting as well. This has been one of the deepest regions in the state this year and it will all come down to the final week and perhaps a coin toss. The four playoff teams have already been decided. It will be Norcross, North Gwinnett, Collins Hill and Peachtree Ridge representing northern Gwinnett County in the state playoffs. Positioning, on the other hand is up for grabs. This Friday Collins Hill will travel to Mill Creek, North Gwinnett will host Peachtree Ridge and Norcross will face Meadowcreek. In the event of a 3-way tie for first place between Collins Hill, Norcross and North Gwinnett, playoff seeding will come down to a coin toss. All four of Region 7’s playoff teams are currently ranked in the top ten.

Let’s venture in to the 5A classification for what will be one of the state’s most anticipated games. Gainesville will host Flowery Branch on GPB’s Football Fridays in Georgia in a battle for the Region 8-AAAAA crown. Last season, the Falcons upset the Red Elephants 35-34 in the final week of the regular season. Gainesville eased the pain of that loss by running through the state playoffs for their first state championship since 1952. Both teams are 7-0 in region play. Gainesville is currently the 5th ranked team in the 5A classification. It will be a battle of high-powered offenses and an opportunity for Gainesville QB DeShaun Watson to, once again, show off his skills on GPB. Watson is the state's all time passing yardage leader and a Clemson commit.

When the scoreboards hit 00:00 across the state of Georgia next Friday night, it will mark the end of the regular season but it won’t signal the end of the drama and excitement. After the wins and losses are tallied, we’ll be set to begin postseason play and by the second week of December, we will have crowned seven state champions. Between now and then, we’ll all have the privilege of watching some of the country’s best coaches and most dynamic talents.