Clicking On All Cylinders 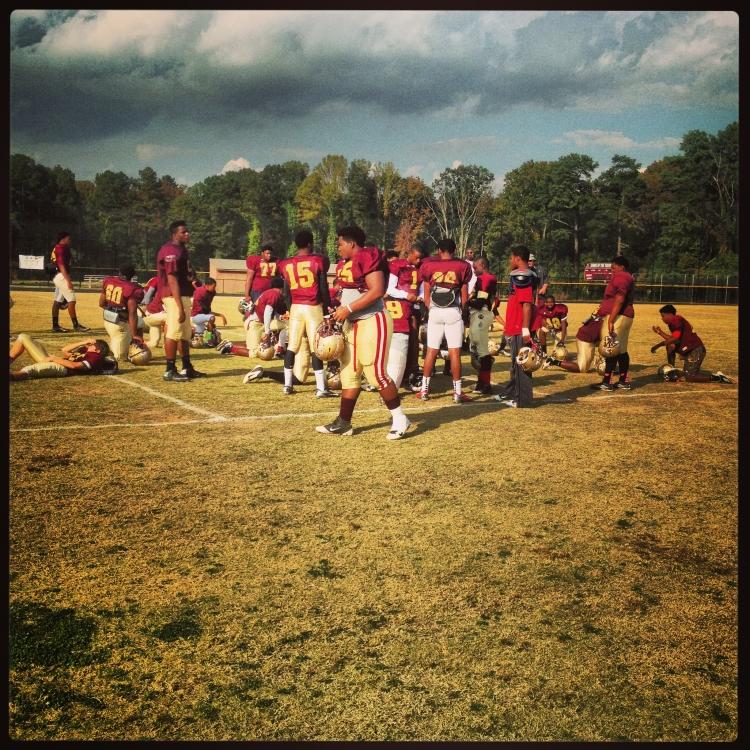 The Tucker Tigers are again loaded. The school won state titles in 2008 and in 2011. Coach Bryan Lamar has the Tigers clicking on all cylinders. The Tigers offense is explosive. Tucker has scored 429 points in 8 games. I did the math and that comes out to an impressive 53.6 points a game. That's a lot of touchdowns.

Even more challenging for opponents is the Tiger defense which is headlined by several very talented players. Elisha Shaw is a 6-6, 299 pound defensive tackle. All the big schools want him, and he has yet to decide. Detric Dukes is a hard-hitting linebacker who has committed to the University of Georgia. Kirk Tucker is a defensive back heading to Stanford and Dominique Sanders is also being highly recruited. Needless to say, the Tucker defense is stout.

The Lions of MLK can also light up a scoreboard. The Lions are averaging 33.6 points per game. Coach Cortez Allen is off to a great start in his first season as head coach at MLK. #15 Roland Rivers is an exciting quarterback to watch and #33 Jamel Smith is a talented tailback. The defense can also get after opponents behind the play of defensive back Wesley Green and defensive end Alanmichael Harkness.

This is a great Dekalb County rivalry and we will kick things off with our All-Access Pass pregame show at 7pm. Game time is 7:30 on the great GPB.