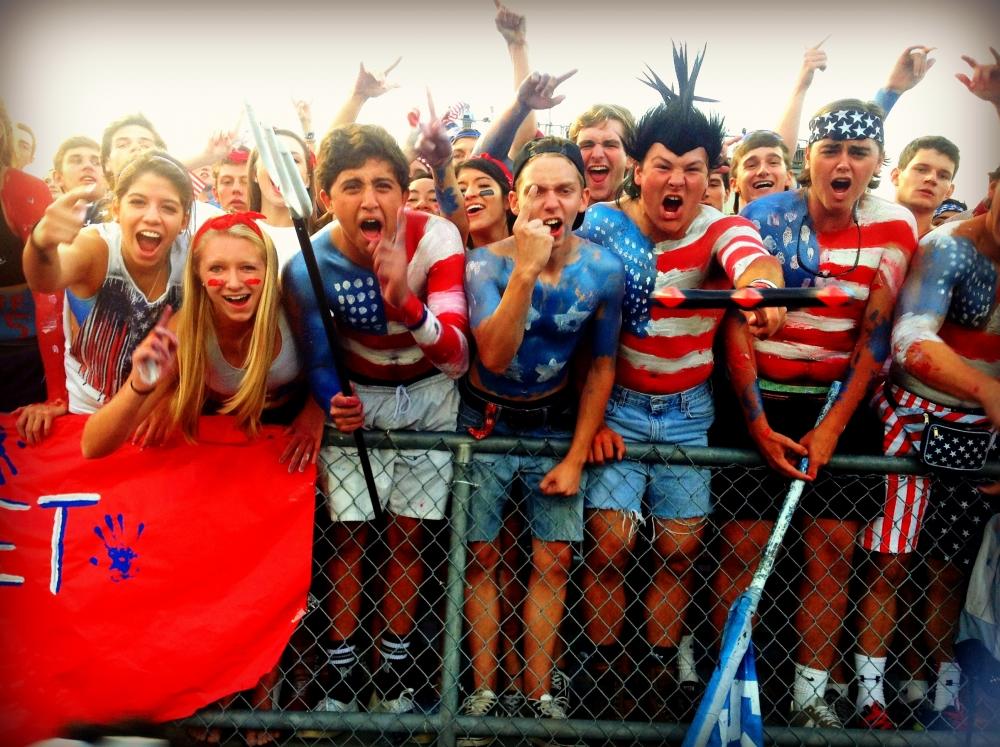 As GPB Sports' social media correspondent, I spend a great deal of time each week sifting through Twitter and Facebook to find out how students, schools and athletes are showing their spirit and what everyone is saying about each week's match with the pigskin. I visit the schools' football practices and cheerleading practices and make sure that I'm on the up-and-up about all that's going on with the teams. Getting to know the kids before the end of the week is a blast and allows for the whole "shabang" to come together once we all meet under those Friday night lights.

Now that social media is around, there is a completely new outlet for students and schools to express their feelings and excitement about upcoming games. Through my tweeting and Facebooking this fall, I've found that there is often a strong connection between the football teams and the coaches, the cheerleaders, the bands, the parents, and the student bodies.

Zeroing in on that student body, many non-athletes may often wonder how much that crowd noise and encouragement really assists in maintaining momentum and drive for those brave souls on the field. From what I've gathered, it means a whole lot. Although the athletes often learn to tune out the "extras" and remain focused, they rely on that peer support from the stands that tower over their field, especially when things don't go quite as planned between the lines on the turf.

The "12th man" is a presence many would say is not just an aside to the football game, but an integral part of it. Now that social media is a factor, the term "12th man" has gained a large presence on Twitter for these Georgia high schools we've been following. Each week, I've seen our featured teams of the week add a little hashtag symbol in front, finishing their football-related tweets off with "The #12th Man."

The energy brought to each Friday night scene by a portion of that #12th man, those crazy students sections, has added undeniable excitement to our Football Fridays in Georgia shows. I absolutely love interviewing these passionate student-fans and it's especially rewarding to them to be given a moment in the spotlight for all that they've committed themselves to in keeping the football spirit alive and cheering their teams on throughout each season.

I look forward to talking all things social media, school spirit, and of course, football, with those 12th man sections tonight at North Cobb High School.

It's Indians versus Warriors...May the best team win!