Region 7 Class 6A Has A Big One Coming Your Way! 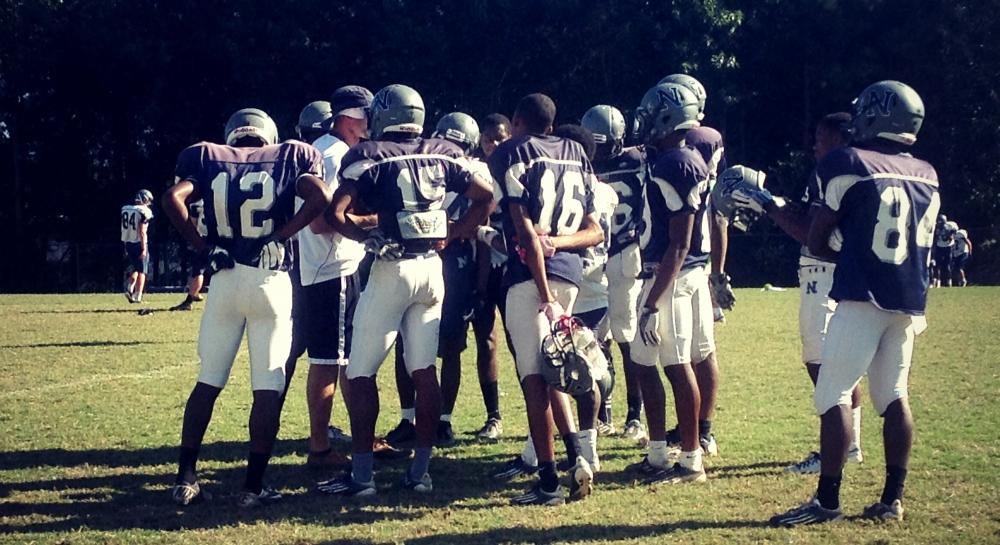 We have another good one for you on Football Fridays in Georgia this week. The undefeated, 5-0 Eagles of Collins Hill will invade Blue Devil Stadium to take on the defending 6A state champs, the Blue Devils of Norcross.

Collins Hill is 3-0 in Region 7, the Blue Devils are 3-1, with their lone region
loss coming at the hands of the top-ranked team in all of Class 6A, the Bulldogs of North Gwinnett. The winner of this game will keep alive a shot at winning the Region 7 title.

Collins Hill has been lighting up the scoreboard this season averaging thirty-five points a game. The Eagles run a spread offense and are soaring behind quarterback Tyler Herman and a great crew of receivers, led by Grant McDonald. Running back Tyler Henderson has been doing a great job running the pigskin. The Eagles defense is spearheaded by defensive lineman Miles Fox who is a one man wrecking crew.

Norcross is gaining momentum right now. The Blue Devils got off to a slow start losing to a team from Florida in the season opener and dropping their Region 7 opener to North Gwinnett. But the Blue Devils have battled back and have now won three games in a row and look poised to make another run at the playoffs..not to mention, a shot at back-to-back state championships.

This Norcross team is loaded with experience. There are 60, count 'em, 60 seniors on this year's team. QB A.J. Bush is the guy at the controls. Running back Josh Boyd will lead the way on the ground and Norcross has a bunch of talented receivers like Clinton Lynch, Jared Pinkney and tight end Emmanuel Aka.

Defensively, the Blue Devils are stout. They're led by defensive end Lorenzo Carter who is one of the top players in the entire country and linebacker Kevin Mouhon.

I can't wait to see how the high octane offense of Collins Hill does against this stingy Norcross defense and visa versa. It should be a blast to watch. And you can see all the action this Friday. The All-Access Pass pregame show kicks off at 7:00 pm and the game will follow. Check it out on the great GPB!