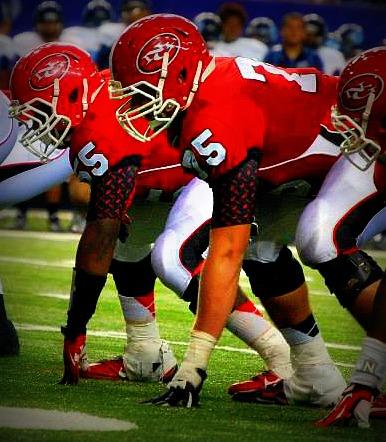 This week's game on GPB's Football Fridays in Georgia has all the makings of an instant classic. This should turn out to be like a heavyweight title fight between North Gwinnett, currently unbeaten and ranked number one in Class 6A, and the defending champions of Class 6A, the Blue Devils of Norcross.

While Norcross lost many talented players from last year's championship team, most notably running back Alvin Kamara, the Blue Devils are still loaded with talent. Get this: the Blue Devils have 60--that's right, 60 seniors on this year's team. Leading the way is defensive end Lorenzo Carter who is absolutely sensational. Lorenzo is 6-5, 232 pounds and can run the 40 yard dash in 4.63 seconds. He is the real deal.

The North Gwinnett Bulldogs beat Camden County in the season opener at the Corky Kell Classic in the Georgia Dome and then followed that up with an impressive win over Grayson. North Gwinnett has a lot of offensive firepower. Hayden Sphire, the son of coach Bob Sphire, is the Bulldogs' QB. And boy, does he have a lot of talent to throw the football to receivers Nate Brown, Caleb Scott, and Daniel Imatorhebhe. The Bulldogs also have a talented running in tailback C.J. Leggett. Last year, North Gwinnett went 11-2. Last year, Norcrosss ran the table: a picture perfect, championship winning, 15-0.

One other note: This is a region game so this one really counts as the battle for the Region 7 AAAAAA
title begins.

Friday's game begins with the All-Access Pass Pregame show to get you ready for the big game, followed by a 7:30 kickoff. So, don't miss a second of the action--only on the great GPB!