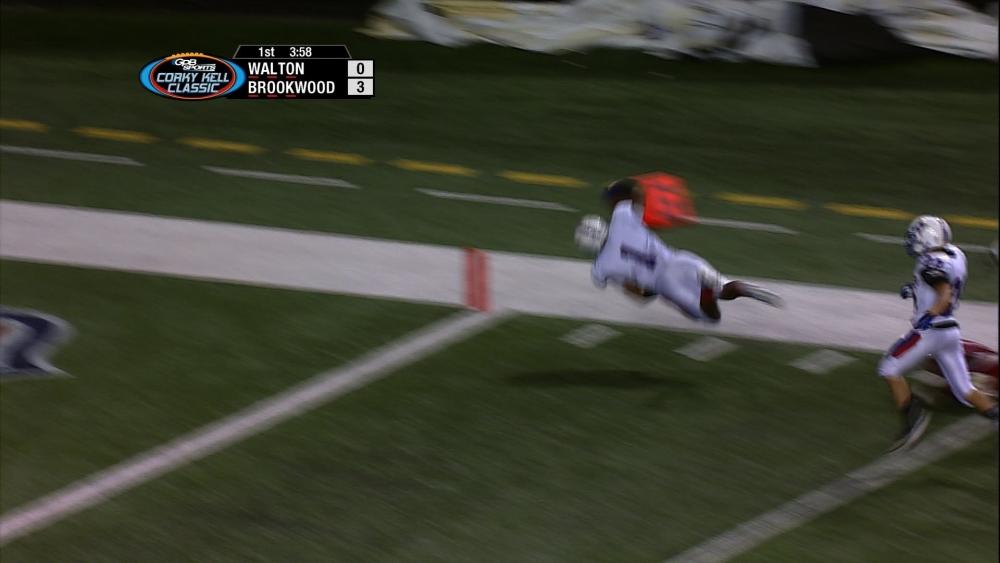 The 22nd annual Corky Kell Classic will be another great high school pigskin palooza featuring five exciting games and ten top teams in the state of Georgia, and GPB is the only place to catch all the action! It's all coming live from the Georgia Dome on Saturday, August 24th.

Batting leadoff this year will be the Kell Longhorns and the Cougars of Chattahoochee. Coach Derek Cook will have his Kell Longhorns ready to roll. The Longhorns are coming off a 10-2 season which began successfully last year with a 19-8 win over Chattahoochee in the Kell. The Cougars won the 4A State Title in 2010, and have a new head coach in Mike Owens who will try to continue the winning tradition for the Johns Creek school.

Game two matches up the Lions of Peachtree Ridge and the Raiders of Walton. Peachtree Ridge won the State 5A Title in 2006, and Coach Mark Fleetwood is looking to improve on last year's record. The Walton Raiders will have to replace all-state running back Tyren Jones, who is in Tuscaloosa these days. Walton will be led by QB Price Wilson and running backs Karekin Brooks and Breyon Thomas.

In game three, the Grayson Rams will butt heads with the Packers of Colquitt County. Both programs boast state championships in their trophy cases. Coach Mickey Conn led the Rams to the title in 2011. The Packers won the big one in 1994. The Rams will have to replace all-world defensive lineman and running back Robert Nkemdiche off last year's 10-2 team. The Packers were 10-4 last season and are once again loaded.

The fourth game of the day matches up North Gwinnett and Camden County. Both teams posted 11-2 records last year. Camden County has three state title trophies - 2003, 2008, and 2009. Coach Jeff Herron has moved on and has been replaced at the controls by Welton Coffey. The North Gwinnett Bulldogs have thrived under coach Bob Sphire. His son, Hayden, will play QB this year, and is surrounded by some talented playmakers like Nate Brown, C.J. Leggett, and Caleb Scott.

It will be a great day of high school football action. GPB Sports will kick off coverage bright and early at 9 AM, and have you covered for every block, tackle, pass, and touchdown over the next 15 hours. Watch on TV, or on the web at gpb.org.

Join us for breakfast, lunch, dinner, and a midnight snack for live coverage of the 22nd annual Corky Kell Classic, Saturday, August 24th, on the great GPB.