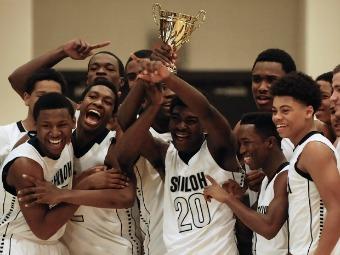 The GHSA will crown 14 basketball champions in Macon in early March, the first time in years all of the championships will be decided at one venue and the first time ever 14 brackets will stretch across the state of Georgia. After reclassification and the decision to split the Class A schools into separate public and private brackets, high school basketball fans will have even more action to follow over the new few weeks as the 2012-13 season races to beat the buzzer.

Due to GHSA probation, the Milton boys basketball program will not be able to defend its championship run of one year ago. Milton, behind Shaq Johnson, Evan Nolte and several other stars, won the Class AAAAA title in Gwinnett last year, but a new favorite has stepped up and taken over the mantle of big, bad wolf in Milton’s absence. Tift County features the state’s top recruit in Brannen Greene for the Class of 2013 and a candidate for 2014 top recruit in Tadric Jackson. The Blue Devils rode those two to a Region 1-AAAAAA title as Greene tallied 36 points while Jackson netted 22 in a win over Brunswick.

Norcross is one team out of metro Atlanta that could give the Tift County monster a serious run for its money. Brandon Goodwin scored 23 points and teams with Lorenzo Carter to give the Blue Devils a serious one-two punch that reminds many supporters in the House of Blue of championship teams past. Factor in Andre Chatfield and Terrance O’Donohue as complementary pieces and championship head coach Jesse McMillan and the Blue Devils should not be taken lightly.

Shiloh survived an SEC-like Region 8-AAAAAA this year, winning the region tournament to earn the all-important No. 1 seed. Nate Mason and Trayvon Reed offer perhaps the best inside-outside combination in Georgia as Mason can shoot from anywhere while Reed is a double-double machine that uses his 7-foot frame to his advantage every time down the court. The Generals must run the gauntlet in order to reach Georgia Tech for the semifinals and Macon for the finals with Centennial/Peachtree Ridge looming in the second round and perhaps Wheeler or Chattahoochee in the quarterfinals. Norcross could see Archer in the second round and perhaps a dangerous Collins Hill, Berkmar or Roswell team in the quarters.

For all of the new blood that could rule the day in AAAAAA, folks are quite familiar with Sharman White, the Miller Grove head coach, who is trying to lead his new-look Wolverines to a fifth straight title. While Tony Parker, Tony Evans and Brandon Morris are gone, White has Earl Bryant, Kyre’ Hamer and Keith Pinckney trying to help nail down title number five. Miller Grove has a difficult road early, but White’s squad is battle tested, having won the always-tough Region 6-AAAAA.

In Class AAAA, Columbia has won that past three AAA titles but South Atlanta has had Columbia’s number this year, including in the Region 6-AAAA tournament and isn’t too far removed from a GHSA title in 2009. Watch out for those two teams meeting for a third time in the AAAA finals with Columbia’s Tahj Shamsid-Deen and South Atlanta’s Jonathan Range providing plenty of fireworks.

Greater Atlanta Christian scored a pair of titles in 2010 and 2011 before falling just short last season. This year, Eddie Martin has his squad back and ready to return to the top of the mountain in Class AA. GAC is on the easier side of the bracket and will look to ride Isaiah Wilkins, Collin Swinton and Cam Boyd, as well as a few key reserves, to yet another state title.

While much is made over the Buford girls program, and with good reason, the boys program could bring home a state title of its own from Macon. After falling in the finals two years ago, Buford looks poised to finish the drill with A.J. Davis, Kyle Doyle and Isaiah Williams all providing plenty of points and a large dose of senior leadership. Allen Whitehart has a team that does not fear the road and plays suffocating defense that will wear any opponent out.