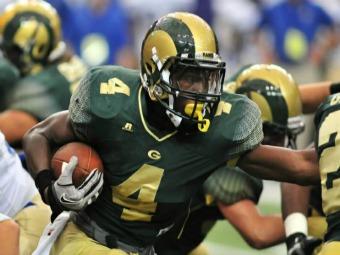 The Grayson Rams’ chances of repeating ended Friday as North Gwinnett received a powerful effort from running back Cam Lewis and a dominating performance by Dante Sawyer to knock off the defending Class AAAAA champs 28-10. While Michael D’Angola, Michael Haynes, Nate Brown and Chad Scott are certainly big reasons why the Bulldogs won, for the second time this year, Grayson also didn’t help its own cause with turnovers and penalties. Grayson lost three fumbles and an interception and committed 13 penalties against North Gwinnett. Mickey Conn is an incredible coach, but perhaps he didn’t have a chance as multiple players over the course of the year were taking recruiting visits every weekend, speaking with reporters over their recruiting processes or committing, de-committing and re-committing every few weeks. It is such a shame that a team this talented seemed to get caught up in worrying about the next level instead of the next game.

Josh Mercer was at it again for South Effingham as the No. 4 seed out of Region 3-AAAA pulled off another road victory, besting Westover 41-28. Mercer rushed for 125 yards and three scores and pulled in another touchdown on a 16-yard reception. South Effingham was able to pull away in the fourth quarter with a pair of touchdowns to ice the victory.

END_OF_DOCUMENT_TOKEN_TO_BE_REPLACED 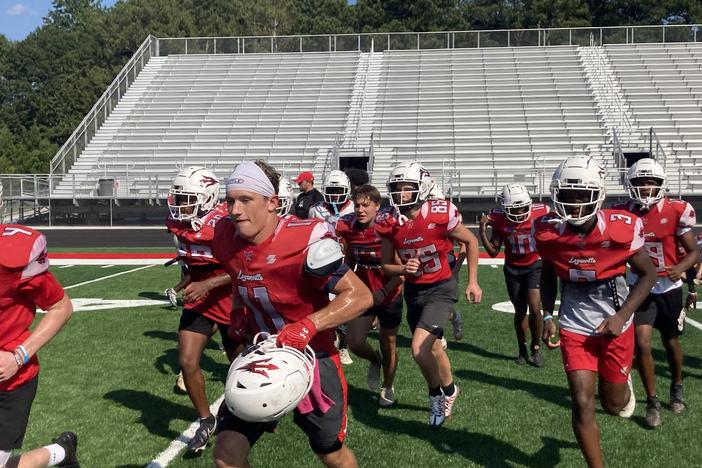 The numbers are up at Loganville. So are the expectations and the victory total.