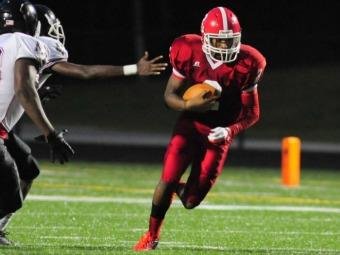 Region 1-AAAAAA featured several incredible matchups over the weekend with the results weighing heavily on the Class AAAAAA poll. No. 4 Lowndes picked up a big road victory and No. 1 Camden County won over Brunswick. Colquitt County missed out on a chance to move back into the poll after losses from West Forsyth and Parkview as the Packers fell to Valdosta. Parkview fell in triple overtime to fall out of the poll while Langston Hughes debuted at No. 10 after the Panthers won their fifth straight game.

The top five in Class AAAAA did not change after Northside-Warner Robins, East Paulding, ML King and Thomas County Central all won while No. 4 Gainesville was idle. Tucker, Kell, Allatoona and Warner Robins all moved up while Stephenson, which has lost two straight, fell from the polls. No. 1 Northside faces Warner Robins this Friday in a huge top 10 affair.

Buford dropped to No. 5 despite a huge win over Fannin County. Buford’s recent forfeits dropped the Wolves’ record to 5-3, but Jess Simpson’s team will be a major force come the postseason as Buford appears to be ahead of schedule on the rebuilding front. New No. 2 Thomson scored a huge win over former No. 2 Washington County, who fell to No. 8 after the loss.

In Class AA, No. 2 Brooks County defeated No. 8 Cook. Benedictine and Bleckley County fell, allowing No. 9 Screven County and No. 10 Washington-Wilkes to move into the poll.

In the state’s smallest classification, Wilkinson County entered the rankings once again after a resounding victory over First Presbyterian Day coming one week after knocking off Aquinas. No. 1 ELCA, No. 2 Lincoln County and No. 3 ECI all posted victories to maintain their rankings.