In With The New, Out With The Old? 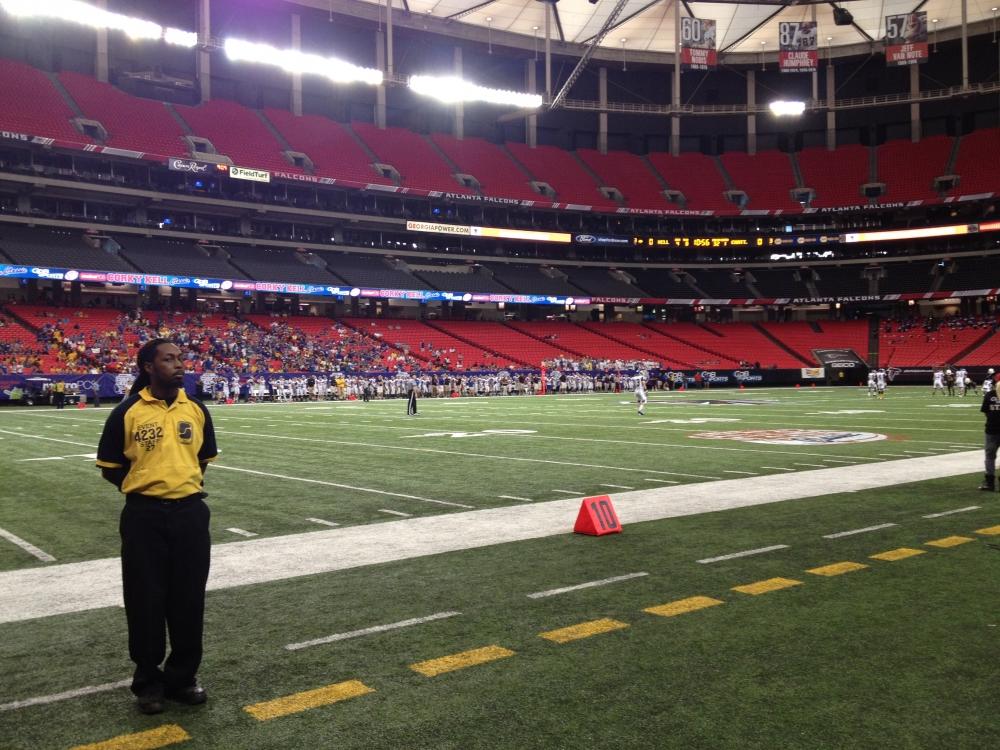 Did you know that Atlanta is home to the largest cable-supported domed stadium in the world?

The Georgia Dome was built in 1992--only 20 years ago. The facility has proven it is capable of holding some of the country's largest sporting events--full seasons of the Atlanta Falcons professional football games; Super Bowl XXVIII and XXXIV; the basketball and gymnastics events for the 1996 Olympic Games; the Men's and Women's NCAA Final Four; the Bank of America Atlanta Football Classic; the Chick-Fil-A Bowl; and last but not least, the Corky Kell Classic to kickstart the high school football season and the GHSA football championships in December! Not to mention that for the Kell Classic, the facility must be in full operation from no later than 7am until 1am for the five football games that are battled out on the Georgia Dome turf in late August. Now that is a long day.

The Georgia Dome has held all of these large events since it was built in 1992 and twenty years in stadium terms used to be considered relatively new. But times may be changing.

Atlanta Falcons owner Arthur Blank is pushing for a complete overhaul of the dome, which would cost the city of Atlanta some big bucks. The rebuilding costs are now estimated at $1.2 billion, 30% of which will be drawn from public funding. Public funding…for a private company's decision? There's no doubt that a new stadium would be a cool attraction but last I checked, when a private company wants something, it's on them to pay for it.

In the era of "the bigger, the better," Blank's desire is understandable. The Home Depot co-founder owns the team…if he wants a new dome he should get it…right? The only problem is that while Blank will reap direct financial benefits from the rebuild and relocation as the owner of the Falcons, the city of Atlanta residents and visitors will not. And they will be large financial contributors to the project through the hotel/motel tax, through the state for land, and through a construction sales tax rebate.

A high school in Texas just built a $60 million stadium that will be used only by their own team. Jerry Jones, owner of the Dallas Cowboys, scraped up $1.2 billion dollars to fund a new stadium that hosted Super Bowl XLV a couple years after it was built in 2009. I know that the hopes of Atlanta hosting a Super Bowl in the near future are a huge motivation to gutting the old and bringing in the new. Hosting an event like the Super Bowl has an incredible economic impact on the city in which it is held.

But it seems that many Atlanta residents are still not very optimistic about the idea, probably because twenty years used to be considered young for a stadium. So, that is the criteria that many observers use when judging the necessity of a new arena. But are we conflicted by changing times? As the bigger and the better increasingly win out in our consumptive society, it is possible that standards change as well. Maybe 20 years old is the new "old."

Let me know what you think about this issue by answering our live poll online this Friday night! As Lovett meets St. Pius X for this first time since 1983, our poll question will be waiting for your opinion on GPB.org/sports. We'll see you live at 7:30 on the great GPB!