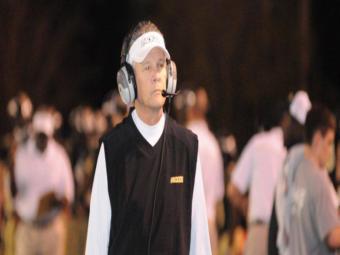 Did that just happen? People say that a lot these days, but last night it was more than fitting. No. 1 Sandy Creek, winners of 41 consecutive games, was beaten 35-21 by Gainesville in a major Class AAA upset that sent shockwaves through the state. Sophomore QB Deshaun Watson threw for 230 yards had a part in all five Red Elephants’ TDs. The Gainesville defense held the Patriots to just 69 yards on 10-of-23 passing by QB Cole Garvin. Watson broke a 21-21 third-quarter tie with a 15-yard TD pass to Caleb Hayman. No. 6 Gainesville advances to the semifinals and a date with No. 5 Burke County.

In the highly-anticipated Class AAAAA showdown between south Georgia powers Camden County and Colquitt County, the No. 10 Packers pulled the proverbial rabbit out of the hat in a 32-31 comeback win in Kingsland. Veteran Moultrie sportswriter Wayne Grandy called it “one of the most remarkable victories in Colquitt County history.” With the dramatic win over the No. 1 Wildcats, Rush Propst’s squad advanced to the semifinals for the third consecutive season. Colquitt County took the lead for the first time when QB Cole Seagraves found Ty Smith for a two-point conversion. The conversion followed a TD pass with 33 seconds left in the game when Seagraves hit Bobby Hill on fourth-and-goal from the Camden 23. Seagraves was 17-of-23 for 248 yards in the back-and-forth affair. The Packers advanced to play No. 2 Grayson in Loganville.

Class AAA No. 8 Cairo nailed down a road win in Atlanta with a 21-0 victory over No. 2 St. Pius X in Atlanta. Syrupmakers RB Terrell Cason had two TD runs while QB Steven Bench ran for 127 yards. Cairo held Alabama-commit Geno Smith to just 70 yards rushing. “Defense is the key for Cairo,” Syrupmakers head coach Tom Fallaw told Score Atlanta’s Alex Ewalt after the game. “It’s been that way since I’ve been there, and probably before that.” Cairo will host No. 7 Peach County Friday.

Speaking of the Trojans, their showdown with No. 4 Carrollton was another clash of Georgia high school titans Friday night. The battle of Trojans ended with the middle Georgia variety capturing a 19-15 comeback win over host Carrollton. Peach County trailed 15-6 after one quarter, but rallied with two second half TDs and held the west Georgia Trojans scoreless in the final 36 minutes. QB Kentel Kendrick threw for two TDs and ran for another for Peach County. … In a bigtime Class A showdown, Savannah Christian defeated Lincoln County for the third straight year in the quarterfinals, 22-14. The Raiders will face Prince Avenue Christian in the semis.