A GPB Staffer Recounts How Kind Strangers Saved Him During Snowstorm 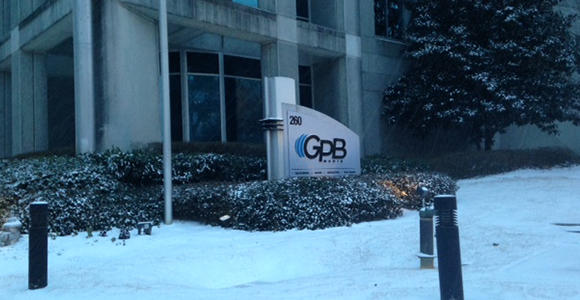 When the snow started Tuesday, I was debating whether to leave early or hang around to see what was happening with traffic. Since the road outside GPB was already bumper-to-bumper, I decided to wait. Around 4pm, that road had cleared and I decided I'd make a stab at the 12-mile trip home (which normally takes anywhere from 20 to 60 minutes depending on the time of day).

I headed to I-75 but when I saw traffic backed up on the entrance ramp and nobody moving, decided to take a back road home. That wasn't much better -- with traffic inching along very slowly. At least the constant stream of traffic kept the road fairly clear in that one lane. After four hours inching along, traffic came to a standstill and it appeared there was an accident ahead that had stopped traffic.

At that point, a volunteer pointed to a neighborhood road that could bypass the accident site. I decided to try. However, when I made the turn, I discovered to my horror that the road was a steep hill downward, and that hill was covered with ice. I was sliding and neither braking nor steering were operational. 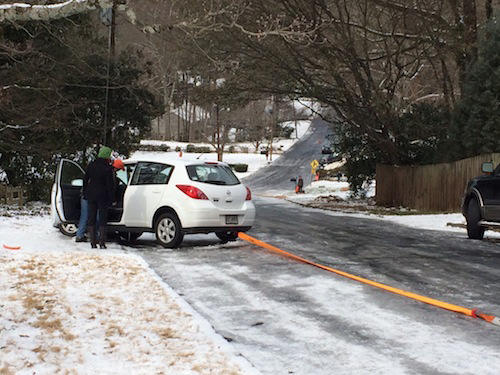 I slid into the curb, then bounced into a parked car before coming to rest at the bottom of the hill. I knew I had sustained damage to the front of my Prius. 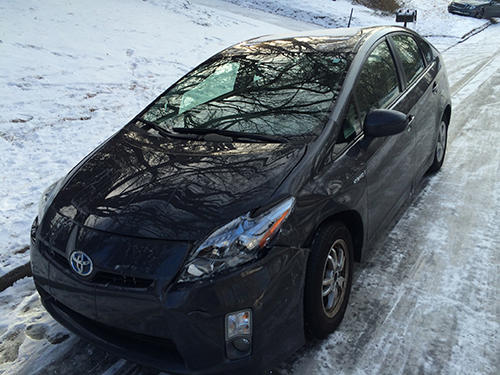 Immediately, some folks in the neighborhood came by to see if I was OK. They also told me that 3 or 4 other cars had also slid into the car I had hit. I then spent 20 minutes on the phone with my insurance company, making arrangements to have my car towed. I then got of my car to take pictures of the damage to my vehicle and to the car I had bounced into. It was then that two women and a child came up to me to see if I needed anything. />

I told them I could sure use a bathroom and the first woman said "Sure! Follow us to my house. We've got food and a room you can stay in overnight, too!" I then learned that the second woman was another stranded motorist like myself who had already taken up the offer by Leslie Muir and her husband, Thornton. 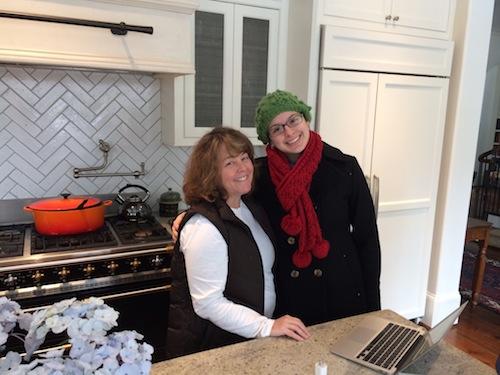 This wonderful couple opened up their home to the two of us, offering bedrooms, plus food, towels and washcloths and a toothbrush. We became fast friends. The next day, Thornton said he had a friend with an SUV who "loved to rescue people" and he would try to get to the Muirs house to take me and Melissa, the other stranded traveler home.

His friend, Paul, made it without a problem and ferried the two of us to Cobb County as we dodged the numerous stranded vehicles along the way. What started as a miserable commute home ended with a couple of new friends and a new appreciation for Southern hospitality!

A backed up Northside Drive filled with abandoned cars on Wednesday. 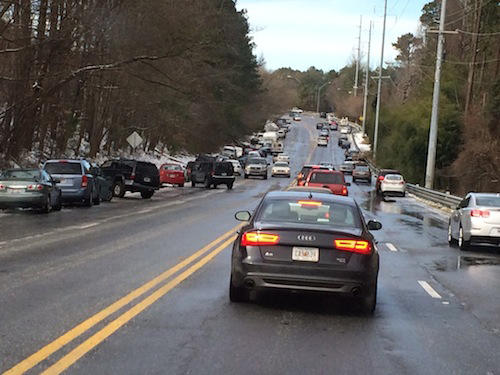 The snow storm brought about the best in people. Read about how the winter storm inspired random acts of kindness and check out this post on the heroes that emerged during the snowstorm. And if you have a story about acts of kindness and heroism that you experienced or performed for someone else, let us know if the comments section. 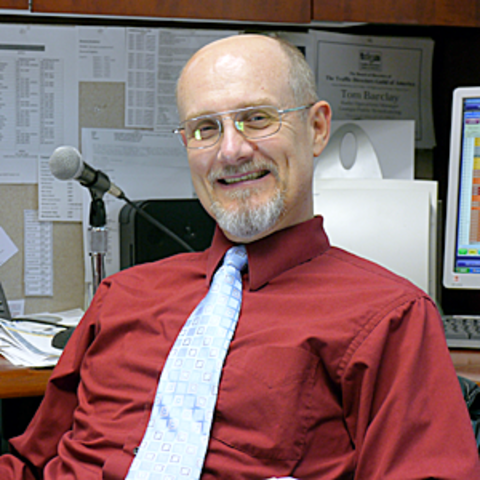 Tom Barclay is GPB's Radio Operations Manager. He is responsible for making sure all scheduled programs are on hand and available to air along with scheduling on-air announcements.