More Than A Month: Celebrating Black History In The Classroom 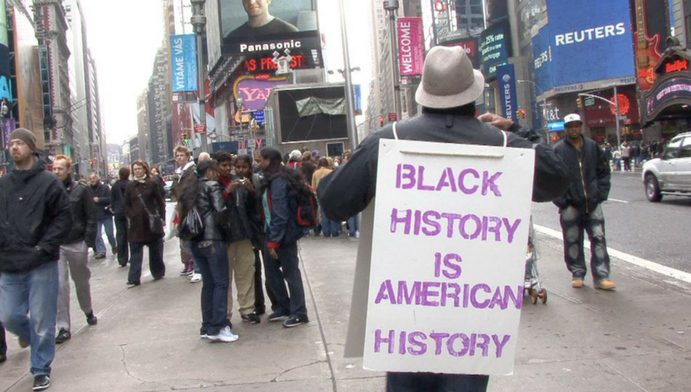 First established in 1926 by African-American historian Carter Woodson, Negro History Week sought to educate children in all schools about the accomplishments of African Americans. Negro History Week was celebrated the second week of February to coincide with the birthdays of President Abraham Lincoln (February 12) and Frederick Douglass (February 14). This week eventually evolved into Black History Month in 1970 and has extended its celebration in Canada, the United Kingdom, and the Netherlands.

And as the American landscape evolves, so do the contributions of the African-American community. With these digital resources, GPB and PBS highlight the past and present accomplishments of African Americans and extend this study to more than a month.

More Than a Month: A Black History & Conversation Series

Together with ITVS, PBS Education is hosting a 3-part series of film screenings followed by panel discussions for classrooms around Black History Month. Viewers will be able to ask questions to producers and directors live through the OVEE platform, interacting in real time. Each panel discussion will be moderated by a student and teacher.

More Than A Month: I Am Not Your Negro

One of the most acclaimed films of the year and an Oscar nominee for Best Documentary, I Am Not Your Negro envisions the book James Baldwin never finished. The result is a radical, up-to-the-minute examination of race in America, using Baldwin’s original words, spoken by Samuel L. Jackson, and with a flood of rich archival material.

Experience the film screening in full with your classroom, followed by a Q&A with producer Hébert Peck and James Baldwin's niece, Aisha Karefa-Smart. Classrooms will be able to ask questions and have them in answered in real time through the unique OVEE viewing experience.

At a time when women, people of color and homosexuals were confined to the margins of society, Lorraine Hansberry (1930-1965), best known for A Raisin in the Sun, boldly challenged U.S. society to live up to its ideals. Sighted Eyes/Feeling Heart tells the dramatic story of the young, gifted and black woman who chose words to fight injustice—on stage and off.

Experience the film screening through a selection of curated clips, followed by a Q&A with director Tracy Heather Strain. Classrooms will be able to ask questions and have them in answered in real time through the unique OVEE viewing experience.

More Than A Month: Tell Them We Are Rising

Tell Them We Are Rising explores the pivotal role historically black colleges and universities (HBCUs) have played over the course of 150 years in American history, culture, and identity. This film reveals the rich history of HBCUs and the power of higher education to transform lives and advance civil rights and equality in the face of injustice.

Experience the film screening in full with your classroom, followed by a Q&A with director Stanley Nelson. Classrooms will be able to ask questions and have them in answered in real time through the unique OVEE viewing experience.

In collaboration with Georgia Department of Education, Georgia Public Broadcasting produced a standards-based virtual learning journey that transports students to a critical period of time in United States history. Brimming with comprehensive, cross-curricular content, including 14 videos, primary source images and documents, compelling photo galleries, interactive maps, artwork, music, and more, this virtual collection invites students into an engaging exploration of some of the most significant events of the Civil Rights Movement.

Teachers could use this resource as a group experience, provide class time for students to explore at their own pace, or assign sections as homework in a flipped classroom setting.

A video playlist of the Civil Rights Movement is also available on YouTube.

Sparked by the move to integrate schools after the Brown v. Board decision, African Americans pressed for equal rights under the law in response to nearly one hundred years of mistreatment. Black Georgians attended segregated schools, were disenfranchised at the ballot, and kept out of all-white businesses.

The history of African Americans in Georgia dates back to the earliest days of slavery in the colony. From the Antebellum era to the end of the Civil War slaves toiled on farms and plantations across Georgia. After freedom from slavery, African Americans waited nearly one hundred years for the promises of the 14th and 15th amendments to be kept. Along their journey, their cultural and economic successes and challenges became a part of their history.

This chapter explores the civil rights movement, beginning with the initial protests to segregation laws and practices around the turn of the century. Most white southerners feared ending the only way of life they had ever known. But by the 1950s, black Americans, and some whites, were showing a new determination to break down the barriers to equal opportunity in America. Their determination became the force behind the civil rights movement of the 1950s and 1960s.