An $18,000 biopsy? Paying cash might have been cheaper than using her insurance 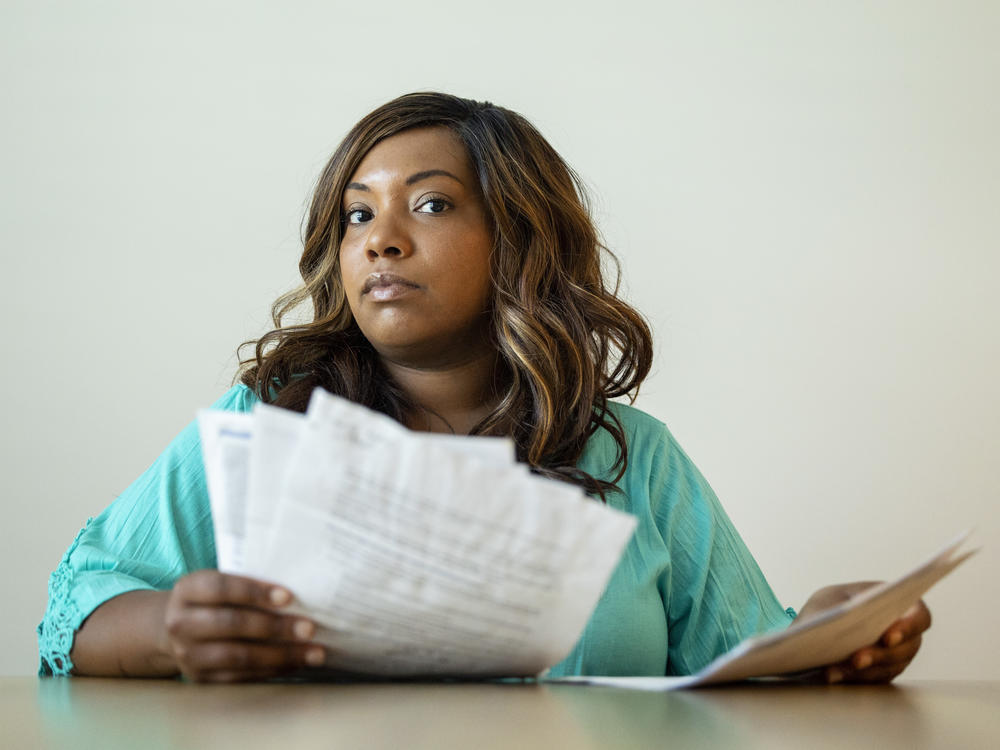 Dani Yuengling of Conway, South Carolina, knew she had to follow up after a mammogram found a lump. Her mom had died of breast cancer. But she had no idea how expensive the biopsy would be. / Gavin McIntyre for KHN

When Dani Yuengling felt a lump in her right breast last summer, she tried to ignore it.

She was 35, the same age her mother had been when she received a breast cancer diagnosis in 1997. The disease eventually killed Yuengling's mom in 2017.

"It was the hardest experience, seeing her suffer," said Yuengling, who lives in Conway, South Carolina.

Among many concerns she had ahead of that appointment — the first being a potential cancer diagnosis — Yuengling needed to know how much the biopsy would cost. She has a $6,000 annual deductible — the amount her health plan requires she pay before its contribution kicks in — and she wasn't close to hitting that. Whatever the procedure cost, Yuengling knew she'd be on the hook for most of it.

But the hospital wouldn't give her a price. She was told her providers wouldn't know what type of biopsy needle they needed until the procedure was underway and that would impact the price.

The hospital's online "Patient Payment Estimator" showed that an uninsured patient would owe about $1,400 for the procedure.

"That's fine. No big deal," she thought to herself, confident it would be cheaper for her because she did have insurance. A Google search indicated it could be closer to $3,000, but Yuengling thought that price seemed reasonable, too. She wasn't fretting too much about money as she underwent the procedure.

It soon brought the good news that she didn't have cancer.

Then the bill came.

The patient: Dani Yuengling, now 36, who is covered by Cigna through her employer, a human resources contractor for the Mayo Clinic.

What gives: It's not uncommon for uninsured patients — or any patient willing to pay a cash price — to be charged far less for a procedure than patients with health insurance. For the nearly 30% of American workers with high-deductible plans, like Yuengling, that means using insurance can lead to a far bigger expense than if they had been uninsured or just pulled out a credit card to pay in advance.

Ge Bai, an associate professor at Johns Hopkins Bloomberg School of Public Health, recently published research on this topic and said hospitals in the U.S. often set their cash prices lower than the prices they charge to treat commercially insured patients.

"We can very confidently say this is very common," said Bai, who advised that all patients, regardless of their insurance status, inquire about the cash price before undergoing a procedure. "It should be a norm."

Grand Strand charged Yuengling's insurance an extraordinarily high price for her procedure. By comparison, according to the federal government's website, Medicare patients who need an ultrasound-guided biopsy similar to the one Yuengling received would pay only about $300 — their required 20% coinsurance for outpatient care. Medicare would pay the hospital the remainder of the bill, about $1,200. The hospital expected more than five times the Medicare price from Yuengling and her insurer.

Patients in Conway with private health insurance who are treated at other hospitals also typically are charged less than what Yuengling paid for the same procedure — on average about $3,500, according to Fair Health Consumer, an organization that analyzes health insurance claims.

And uninsured patients who pay cash prices and need an ultrasound-guided breast biopsy at the nearby Conway Medical Center are likely to owe even less — about $2,100, according to Allyson Floyd, a spokesperson for the hospital.

Meanwhile, Grand Strand Medical Center spokesperson Caroline Preusser blamed "a glitch" involving the hospital's online calculator for the inaccurate information Yuengling received and said the correct estimate for the cash price for a breast biopsy at the hospital is between $8,000 and $11,500 "depending on the exact procedure and equipment used."

The hospital removed certain procedures from the payment estimator until they can be corrected, Preusser wrote. She did not say how long that would take.

Resolution: Yuengling tried disputing the charges with the hospital. She called the billing department and was offered a 36% discount, lowering the amount she needed to pay to $3,306.29. Grand Strand Medical Center allows patients to set up payment plans, but Yuengling decided to charge the full amount to a credit card because she wanted the whole thing to go away.

"I could not sleep. It was driving me crazy. I was having migraines. I was sick to my stomach," she said. "I hate having debt. I didn't want to think about it. Obviously, that didn't work because I'm still thinking about it."

She said she requested on multiple occasions to speak to the hospital's patient advocate and was eventually connected with an outside company, Parallon, which conducted an audit of her bill. She eventually received a letter dated May 26 from the hospital's Revenue Integrity Department. It stated: "After a review of the charges in question and your medical record, the following was identified; The charges on your account were appropriate."

"I don't know why I actually expected a different outcome," she said.

The hospital has requested that Yuengling return for a follow-up appointment related to the biopsy. She has refused.

Harlow Sumerford, a spokesperson for HCA Healthcare, told KHN in an email that the hospital system apologizes for any confusion caused by the payment estimator "and we are working to fix the issue." 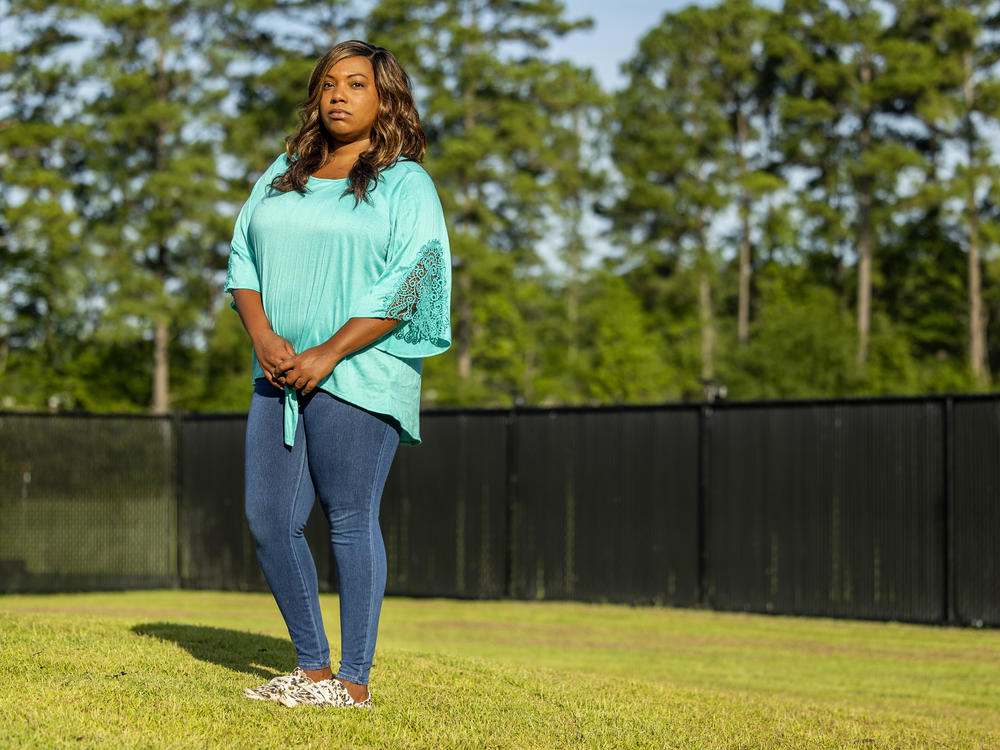 Dani Yuengling of Conway, South Carolina, had a $6,000 annual deductible on her health plan. Because of that, she was on the hook for a big share of the costly biopsy. / Gavin McIntyre for KHN

The takeaway: With a family history of breast cancer, Yuengling was right to follow up with her doctor after feeling a lump. After failing to get a clear answer on her costs from Grand Strand Medical Center, she could have taken an additional step to explore what other hospitals in the area charge. Although her physician referred her to Grand Strand, she was not obligated to use that hospital. She could have saved a significant amount of money by opting to undergo the procedure elsewhere.

Furthermore, patients like Yuengling who have a high-deductible insurance plan should consider paying cash prices for certain procedures and not involving their insurance company at all.

Jacqueline Fox, a health care attorney and a professor at the University of South Carolina School of Law, said she isn't aware of any law that would prohibit a patient from doing that. After all, she pointed out, patients with health insurance pay cash prices for prescription medications all the time. It stands to reason they could do the same for medical procedures.

But some facilities make this difficult. Grand Strand Medical Center, for example, offers "self-pay" patients an "uninsured discount," but that discount is limited to people who have "no third party payer source of payment or do not qualify for Medicaid, Charity or any other discount program the facility offers," according to the hospital's website. Only patients confirmed to have no health insurance are offered information about the discount.

In some cases, paying a cash price for a procedure might not make financial sense in the long run because none of it would be applied toward the deductible. Patients might save money on one procedure but end up paying their full deductible if unexpected medical expenses mount later during the calendar year.

Insured patients should reach out to their health plan for a good-faith estimate before a procedure. Under the No Surprises Act, health plans are supposed to give members an idea of their total out-of-pocket costs upon request. Ask for an "Advanced Explanation of Benefits," said Sabrina Corlette, a research professor at the Georgetown University McCourt School of Public Policy, though she points out this part of the law isn't being enforced yet.

The No Surprises Act also allows patients to file complaints with the federal government regarding their medical bills — whether or not they carry health insurance.

Yuengling filed her complaint in June.

Stephanie O'Neill contributed the audio portrait with this article.

Bill of the Month is a crowdsourced investigation by KHN and NPR that dissects and explains medical bills. Do you have an interesting medical bill you want to share with us? Tell us about it! 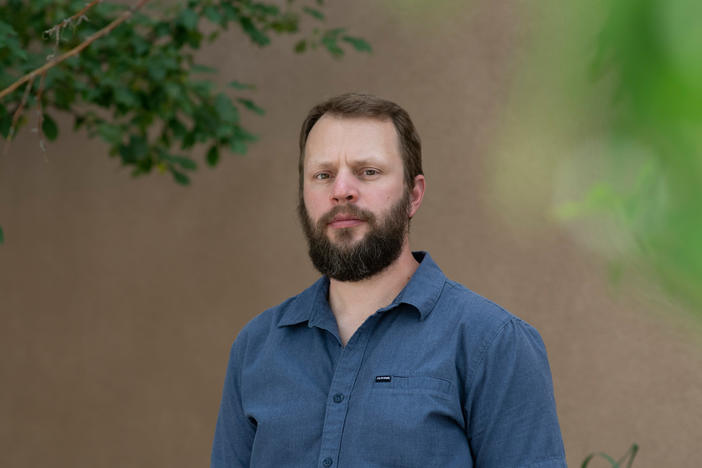 An uninsured Colorado man who had appendicitis owed $80,232 after two surgeries. After months of negotiating with the hospital, he still owes far more than most insurers would pay for the procedures. 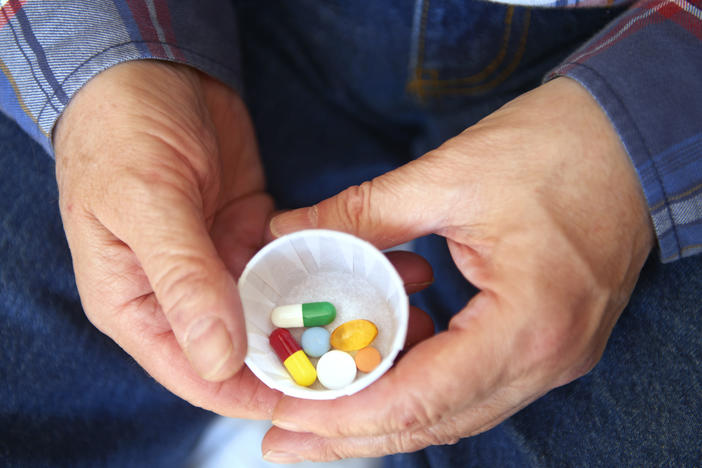 Statins vs. supplements: New study finds one is 'vastly superior' to cut cholesterol

Millions of people are prescribed statins to lower cholesterol and reduce the risk of heart disease, but many would rather take supplements instead. A new study shows statins are much more effective. 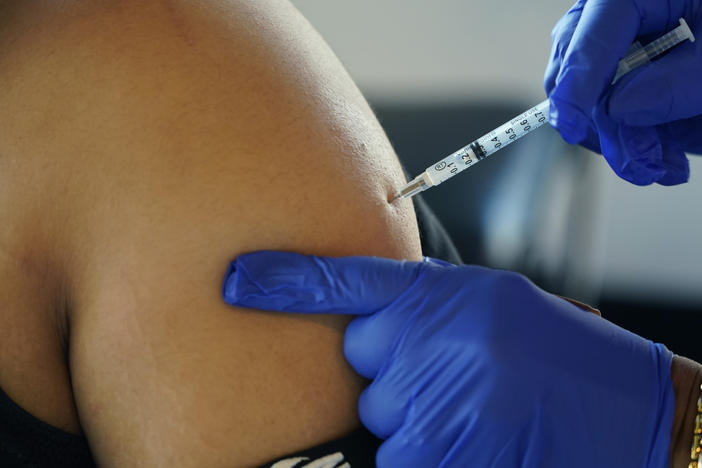 Omicron boosters: Do I need one, and if so, when?

Updated COVID boosters are now available for anyone age 12 or older. The CDC is urging anyone who is eligible to sign up but some vaccine experts say some people might want to wait.