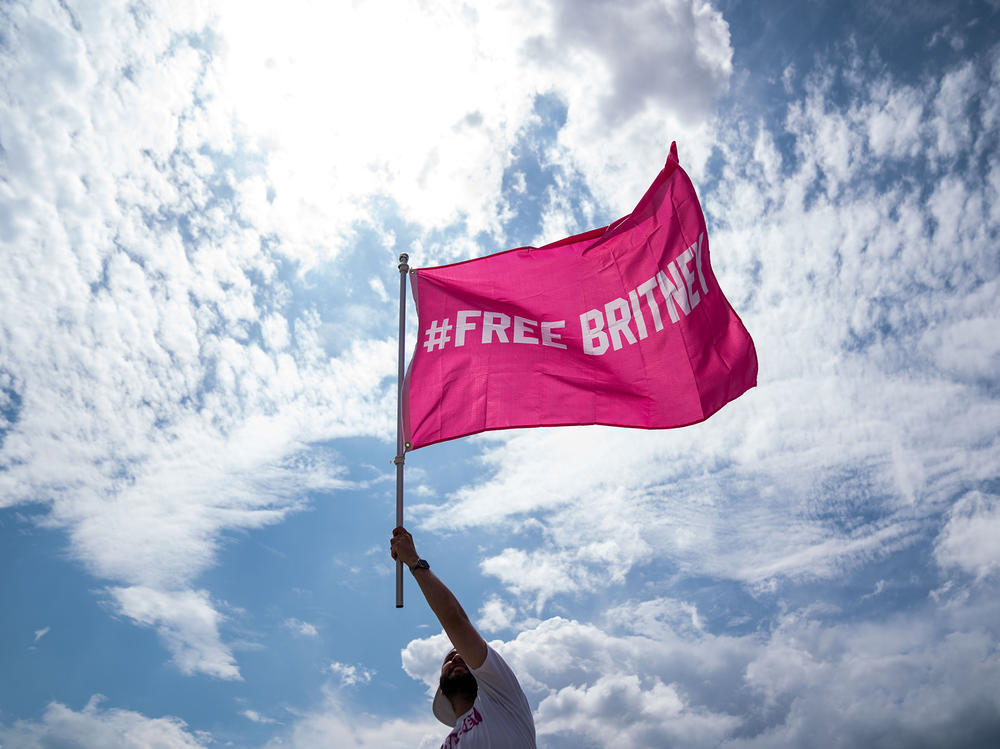 A supporter of pop star Britney Spears participating in a #FreeBritney rally on July 14 in Washington, D.C. When anyone poses a high risk of harm to themselves or others, psychiatrists are obligated to hospitalize them, even against their will. For many patients, paying for that involuntary care leads to long-term financial strain. / Los Angeles Times via Getty Images

When Britney Spears went before a judge in June, she bristled as she told of being forced into psychiatric care that cost her $60,000 a month. Though the pop star's circumstances in a financial conservatorship are unusual, every year hundreds of thousands of psychiatric patients receive involuntary care, and many are stuck with the bill.

Few have Spears' resources to pay for it, which can have devastating consequences.

To the frustration of those who study the issue, data on how many people are involuntarily hospitalized and how much they have to pay for that treatment is sparse. From what can be gathered, approximately 2 million patients with substance use or other psychiatric problems are hospitalized each year in the United States, nearly half involuntarily. One study found that a quarter of these hospitalizations are covered by private insurance, which often has high copays, and 10% were "self-pay/no charge," where patients are often billed but cannot pay.

Cost of the care is never discussed

I am a psychiatrist in New York City, and I have cared for hundreds of involuntarily hospitalized patients. Cost is almost never discussed. Many patients with serious mental illness have low incomes, unlike Britney Spears. In an informal survey of my colleagues on the issue, the most common response is, "Yeah, that feels wrong, but what else can we do?" When patients pose an acutely high risk of harm to themselves or others, psychiatrists are obligated to hospitalize them, even against their will and even if it could lead to long-term financial strain on the patients or their families.

While hospitals sometimes absorb the cost, patients can be left with ruined credit, endless collection calls and additional mistrust of the mental health care system. In cases in which a hospital chooses to sue, patients can even be incarcerated for not showing up in court. On the hospital side, unpaid bills might further incentivize a hospital to close psych beds in favor of more lucrative medical services with better insurance reimbursement, such as outpatient surgeries.

"They preyed on my desperation"

Rebecca Lewis, a 27-year-old Ohioan, has had to confront the personal costs of involuntary hospitalization for three years — ever since she first became a psychiatric patient.

At 24, Lewis began experiencing auditory hallucinations of people calling her name, followed by delusional beliefs about mythological creatures. While these experiences felt very real to her, she nevertheless knew something was off.

Not knowing where to turn, Lewis called a crisis line; the person on the phone advised her to go to an evaluation center in Columbus. When she drove herself there, she found an ambulance waiting for her. "They told me to get into the ambulance," she says, "and they said it would be worse if I ran."

Lewis, who was ultimately diagnosed with schizophrenia, was hospitalized for two days against her will. She refused to sign paperwork acknowledging responsibility for charges. The hospital attempted to obtain her mother's credit card, which Lewis had been given in case of emergencies, but she refused to hand it over. She later got a $1,700 bill in the mail. She did not contact the hospital to negotiate the bill because, she says, "I did not have the emotional energy to return to that battle."

To this day, Lewis gets debt collection calls and letters. When she picks up the calls, she explains she has no intention of paying because the services were forced on her. Her credit is damaged, but she was able to buy a house from a family member; she considers herself lucky, given how challenging it would have been to secure a mortgage.

The medical debt looms over her psyche. "It's not fun to know that there's this thing out there that I don't feel that I can ever fix. I feel like I have to be extra careful — always, forever — because there's going to be this debt," she says.

Today, Lewis receives outpatient psychiatric care that has stabilized her and prevented further hospitalizations, but she still looks back on her first and only hospitalization with scorn. "They preyed on my desperation," she says.

While it is likely that many thousands of Americans share Lewis' experience, we lack reliable data on debt incurred for involuntary psychiatric care. According to Dr. Nathaniel Morris, an assistant professor of psychiatry at the University of California, San Francisco, we don't know how often patients are charged for involuntary care or how much they end up paying. Even data on how often people are hospitalized against their wishes is limited.

Morris is one of the few researchers who have focused on this issue. He got interested after his patients told him about being billed after involuntary hospitalization. He was struck by the ethical dilemma these bills represent.

"I've had patients ask me how much their care is going to cost, and one of the most horrible things is, as a physician, I often can't tell them because our medical billing systems are so complex," he says. "Then, when you add on the involuntary psychiatric factor, it just takes it to another level."

Similarly, legal rulings on whether people involuntarily hospitalized should be held accountable for the payment are sparse. "I've only seen a handful of decisions over the years," says Ira Burnim, legal director of the Bazelon Center for Mental Health Law. "I don't know that there is a consensus."

People who have been involuntarily hospitalized rarely seek a lawyer, Burnim says, but when they do, the debt collection agencies will often drop the case rather than face a costly legal battle.

Britney Spears' case is still making headlines this week, and she may release further details of her conservatorship that will highlight the plight of many forced into care.

Others won't get that kind of attention. As Rebecca Lewis put it, reflecting on her decision not to challenge the bills she faces: "They're Goliath and I'm little David."

Dr. Christopher Magoon is a resident physician at the Columbia University Department of Psychiatry in New York City. 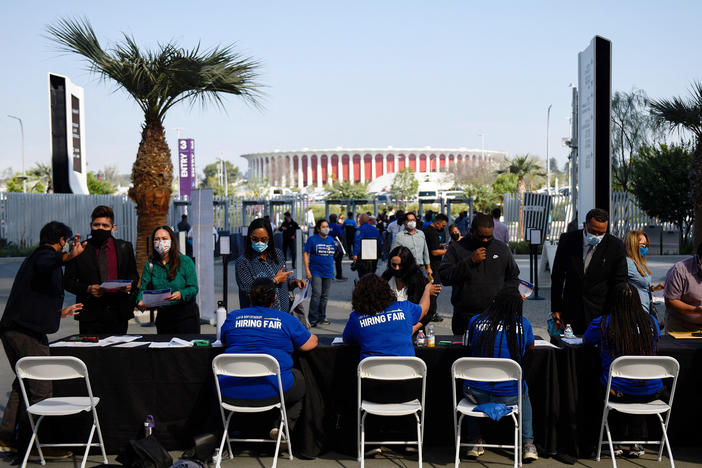 A new poll finds more than 55% of Black and Latino households have faced serious financial problems in recent months. And more than a quarter have depleted their savings. 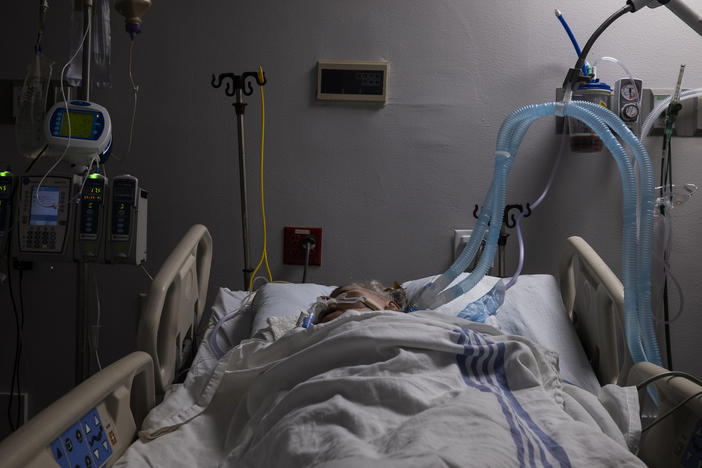 Another COVID-19 Medical Mystery: Patients Come Off Ventilator But Linger In A Coma

Doctors are researching why some patients remain unconscious for days or weeks, even after sedating drugs are withdrawn. They also worry that these patients aren't being given time to recover. 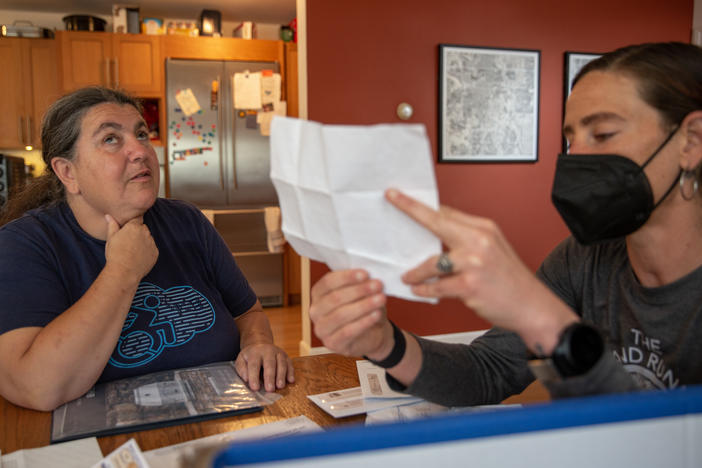 When health bills aren't legible — via large-print, Braille or other adaptive technology — blind patients can't know what they owe, and are too often sent to debt collections, an investigation finds.