After 50 Years, U.S. Opens The Door To More Cannabis Crops For Scientists 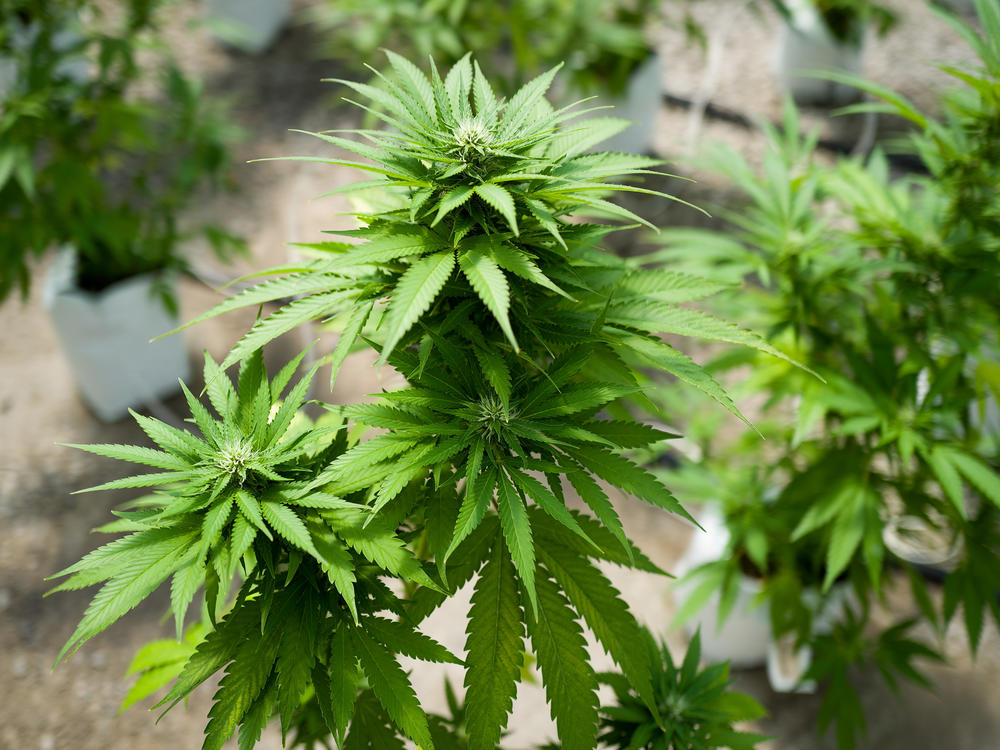 More than 30 states have medical marijuana programs — yet scientists are only allowed to use cannabis plants from one U.S. source for their research. That's set to change, as the federal government begins to add more growers to the mix. / Getty Images

After more than 50 years, the federal government is lifting a roadblock to cannabis research that scientists and advocates say has hindered rigorous studies of the plant and possible drug development.

Since 1968, U.S. researchers have been allowed to use cannabis from only one domestic source: a facility based at the University of Mississippi, through a contract with the National Institute on Drug Abuse (NIDA).

That changed earlier this month, when the Drug Enforcement Administration announced it's in the process of registering several additional American companies to produce cannabis for medical and scientific purposes.

It's a move that promises to accelerate understanding of the plant's health effects and possible therapies for treating conditions — chronic pain, the side effects of chemotherapy, multiple sclerosis and mental illness, among many others — that are yet to be well studied.

"This is a momentous decision," says Rick Doblin, executive director of the Multidisciplinary Association for Psychedelic Studies (MAPS), which has spearheaded research into other Schedule 1 drugs — the most restrictive class of controlled substance, which the federal government defines as "drugs with no currently accepted medical use."

"This is the last political obstruction of research with Schedule 1 drugs," he says.

About one-third of Americans currently live in a state where recreational marijuana is legal — and more than 30 states have medical marijuana programs. Yet scientists still aren't allowed to simply use the cannabis sold at state-licensed dispensaries for their clinical research because cannabis remains illegal under federal law.

"It is a big disconnect," says Dr. Igor Grant, a psychiatry professor and director of the Center for Medicinal Cannabis Research at University of California, San Diego.

The new DEA decision doesn't resolve the conflict between federal and state laws, but it does offer researchers a new, federally sanctioned pipeline for more products and strains of cannabis.

"We'll see a decade or more of explosive cannabis research and potential new therapies," says Dr. Steve Groff, founder and chairman of Groff North America, one of three companies that has publicly announced it has preliminary approval from the federal government to cultivate cannabis for research.

Despite their efforts, scientists have encountered administrative and legal hurdles to growing pharmaceutical-grade cannabis for decades.

In 2001, Dr. Lyle Craker, a prominent plant biologist, first applied for a license to cultivate marijuana for research — only to encounter years of delay that kicked off a prolonged court battle with the DEA, which has to greenlight research into Schedule 1 drugs like cannabis.

"There's thousands of different cannabis varieties that all have unique chemical profiles and produce unique clinical effects, but we didn't have access to that normal diversity," says Dr. Sue Sisley, a cannabis researcher and president of the Scottsdale Research Institute, which also received preliminary DEA approval to produce cannabis for research.

Sisley has long taken issue with the supply of cannabis coming from the NIDA facility in Mississippi — in particular, how it's processed. She used cannabis produced there in her recently published clinical trial on treating PTSD in military veterans.

She describes the product as an "anemic" greenish powder.

"It's very difficult to overcome the placebo effect when you have something that diluted," she says.

The 76-person study, which took 10 years to complete, concluded that smoked cannabis was generally well tolerated and did not lead to deleterious effects in this group. But it also did not find any statistically significant difference in abating the symptoms of PTSD when compared to a placebo.

For Grant of UCSD, the problem with the long-standing supply of cannabis isn't so much the quality, but the lack of different products like edibles and oils and of cannabis strains with varying concentrations of CBD and THC, the plant's main psychoactive ingredient.

"We don't have enough research on the kind of marijuana products that people in the real world are using," he says.

Because of the limited domestic supply, some researchers have resorted to importing cannabis from outside the U.S. — a legal but wildly counterintuitive arrangement that is "arduous" and prone to hiccups, says Sisley.

The constraints on research cannabis also has impeded the pathway to drug development because the NIDA facility's cannabis could only be used for academic research, not for prescription drug development. A drug studied in phase 3 clinical trials — what's required before submitting for approval from the Food and Drug Administration — must be the same as what's later marketed.

The few companies that will soon land DEA spots to cultivate cannabis have an eager marketplace of researchers who are "clamoring" for the chance to study the scientific properties and medical potential of the plant, says Groff, whose company is up for DEA approval and who also has an FDA project to study the antimicrobial properties of cannabis for killing dangerous bacteria like MRSA.

By the end of next year, Groff anticipates his company will be producing up to 5,000 pounds of marijuana per year, offering researchers a "full menu of customizable options."

Biopharmaceutical Research Company — a third company that will soon cultivate cannabis with a DEA license — already has dozens of agreements in place with U.S. researchers and is hearing from more academic institutions, drugmakers and biotech companies in the wake of the change in policy, says CEO George Hodgin.

"Now there's a very clear, approved and legal path for them to legally enter the cannabis space in the United States," says Hodgin.

Washington State University's Center for Cannabis Policy, Research and Outreach is one of the places that expects to eventually procure cannabis from Hodgin's business.

"It's definitely a big step in the right direction because the industry is moving much faster than we are in research," says Michael McDonell, an associate professor of medicine and director of the university's cannabis center.

But he also points out that even with more growers coming online, it's still by no means easy to study cannabis, because researchers need a special license when working with a Schedule 1 drug and grants to conduct these studies are hard to come by.

Despite the widespread use of marijuana in the U.S., research into the medical potential of other Schedule 1 drugs like MDMA (ecstasy) is much further along than cannabis.

UCSD's Grant says the biggest leap forward for research would come from moving cannabis out of the Schedule 1 drug classification. "If that were to happen," he says, "that would solve a lot of these problems that we've been talking about." 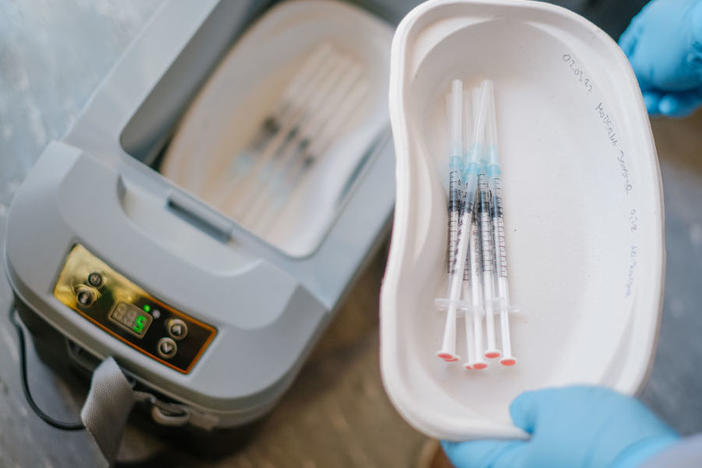 The company says a low-dose version of its vaccine triggers an immune response in children ages 6 months to less than 6 years equivalent to what has protected older children and adults. 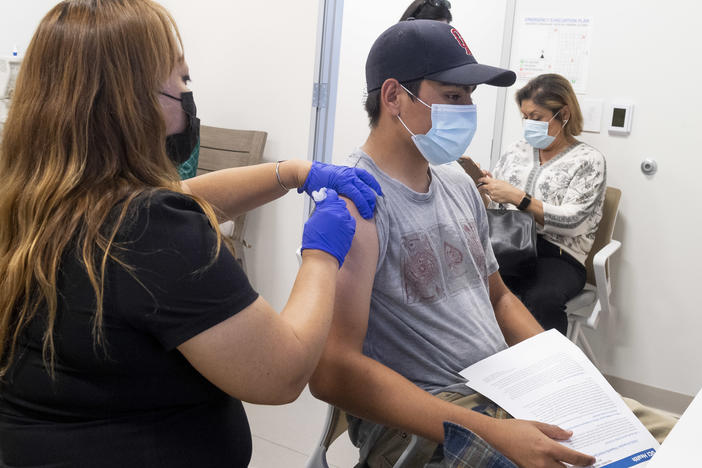 FAQ: What You Need To Know About Pfizer's COVID Vaccine And Adolescents

Ages 12 and older are now eligible to be vaccinated against COVID-19, the FDA and the CDC say. But when and where, and what about younger kids? You have questions. We have answers. 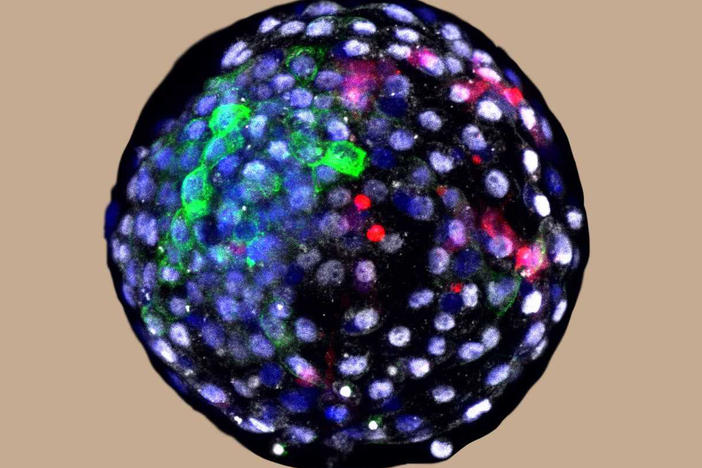 An international team has put human cells into monkey embryos in hopes of finding new ways to produce organs for transplantation. But some ethicists still worry about how such research could go wrong.