Former Minneapolis police officer Derek Chauvin is in administrative segregation in a maximum-security prison in Oak Park Heights, Minn. Chauvin was taken there after his conviction on all three counts for murdering George Floyd. As Chauvin awaits sentencing, people in Minneapolis and the rest of the country are trying to figure out how to change policing, how to make it better. Among those people is Minneapolis Mayor Jacob Frey, and Mayor Frey joins us now.

JACOB FREY: Thanks so much for having me.

KELLY: I want to start with the news today. U.S. Attorney General Merrick Garland announced this morning that the Justice Department is investigating the Minneapolis Police Department for a pattern of unlawful or unconstitutional policing. So let me begin by asking, what is your immediate reaction, Mayor, to that investigation?

FREY: We very much welcome the investigation. I was on the phone with the DOJ earlier today, and I believe strongly that it's an opportunity to continue working towards that deep change and accountability that we know that we need in the Minneapolis department. And so to the extent that DOJ can help with that, we very much welcome it.

KELLY: In your view, has there been a pattern of unlawful, unconstitutional policing in Minneapolis?

FREY: We've certainly had issues in our Minneapolis Police Department, like many other police departments throughout our country. And now I feel like we've reached a point when people are pushing very clearly for change. We're making sure that the precision of our actions right now match the precision of the harm that has been inflicted over quite some time. And let's be clear - we've got a mandate right now for that change. These cycles of trauma and tragedy, they're not going to interrupt themselves, so we need to act.

KELLY: So let's stay with the changes that you would like to see happen. You've talked about - you talked today, said there was a litany of changes that need to happen right now. What are you prioritizing?

FREY: There have been a litany of changes that have already taken place. There are also more changes that are underway and that need to happen. Our Black community continues to demand these changes of the highest order, and that's everything from the George Floyd Justice in Policing Act at the federal level; that's state law changes. And we need safety beyond policing, as well, noting that not every single 911 call needs response from an officer with a gun.

KELLY: The city council there, Minneapolis City Council, is working, I understand, to give voters an option on the ballot to eliminate the police department. Now, I know in past you have not supported moves like that. Where are you now?

FREY: I very much support a comprehensive strategy to public safety that includes the aspects that I just talked about, whether it's a mental health co-responder approach or social workers or individuals that have experience working with those experiencing homelessness. That's important. And that doesn't need to have response from an officer. The part where we diverge is twofold. One, I do not believe we should be defunding/abolishing the police department in a way that we would be significantly reducing the already very low number of officers that we have on a per capita basis in Minneapolis. And two, I don't support a move that would have the head of public safety or the chief of police report to 14 individuals. You know, we need accountability. We need clear...

KELLY: The 14 individuals being the Minneapolis City Council.

FREY: That's correct, yes. I believe that that diminishes accountability, and it clearly diminishes the ability to provide clear direction.

KELLY: How are you thinking about helping your city heal? We've been talking about policing, and that's a huge part of it, obviously. But even bigger than that, it has been quite a year for your city. And as the leader of that city, I wonder what your message is to people today.

FREY: Yeah, our city has gone through a barrage of trauma over this last year, in many respects culminating in the trial and the verdict that we just saw yesterday. This is a moment, perhaps centuries in the making - centuries-in-the-making reckoning around racial justice. And also, I want to note that we don't want to shortchange that moment in a way that we eliminate - that we limit the conversations to simply aspects of policing. The conversation needs to be about economic inclusion. It needs to be about rights in housing. We need to be making clear moves towards racial equity in every shape and form, towards justice and to healing. And that can't simply focus on policy reforms and policing itself. Of course, that's part of it, but we need to go well beyond.

KELLY: Jacob Frey - he is mayor of Minneapolis.

FREY: Thank you so much for having me. Transcript provided by NPR, Copyright NPR. 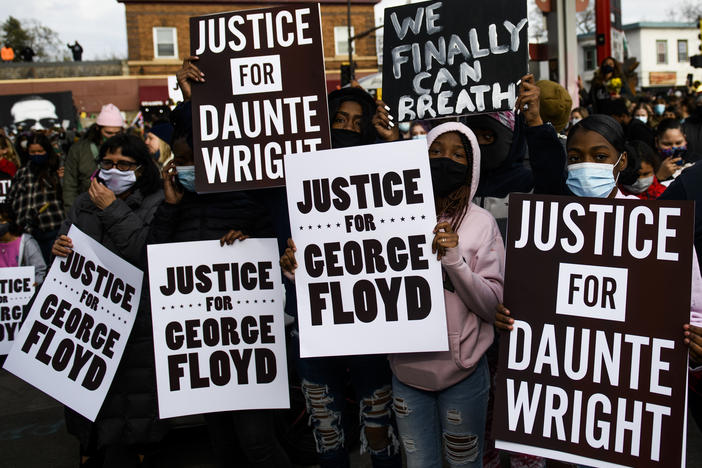 "It would have been unimaginable just even a month ago that something like that was possible," activist and civil rights lawyer Nekima Levy Armstrong says following Derek Chauvin's murder conviction. 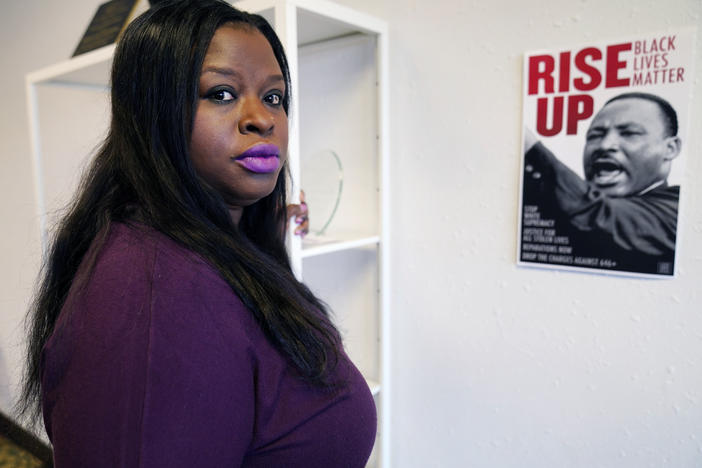 Derek Chauvin Trial Breaks 'Blue Wall Of Silence,' But Will It Transform Policing?

Nekima Levy Armstrong, a civil rights attorney and activist, says it's "amazing" the Minneapolis police chief and others testified against Chauvin. But she's unsure if the trial will bring reforms. 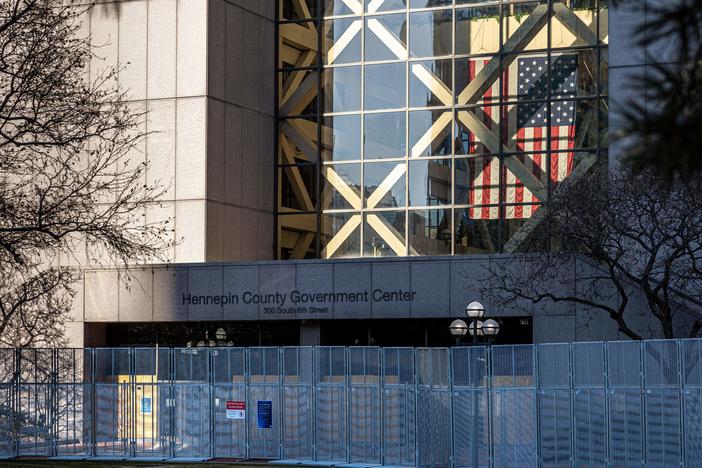 Opening arguments and witness testimony on the killing of George Floyd began 10 months after videos of his death sparked outrage and protests against racial inequality.