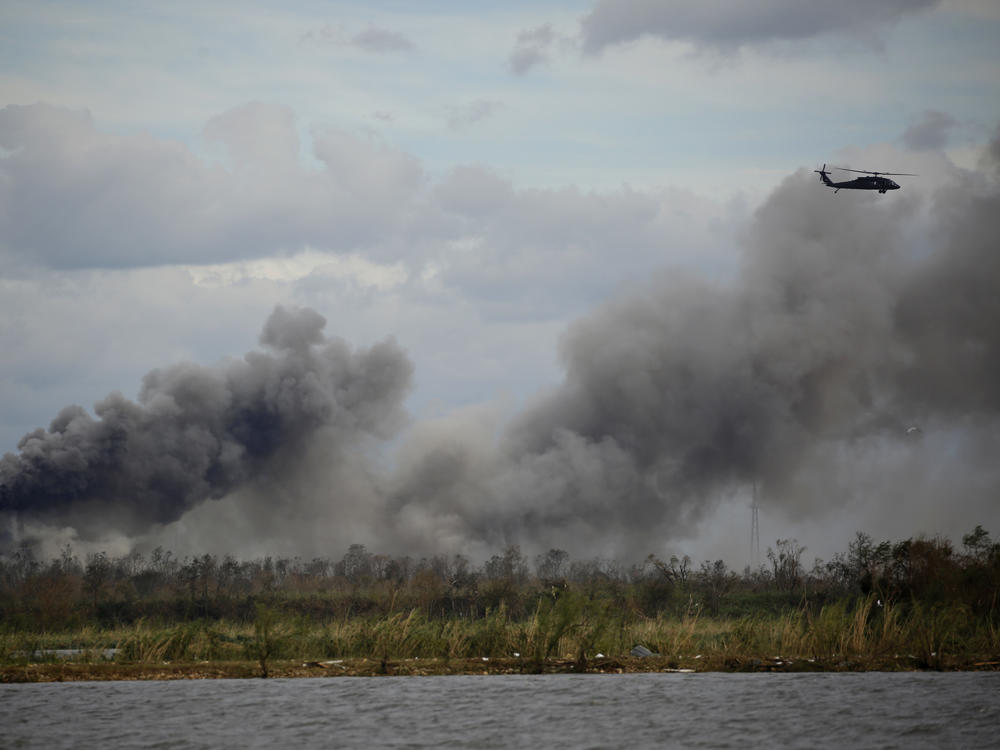 Caption
A helicopter flies over a chemical fire at BioLab plant after Hurricane Laura made landfall in Westlake, La., on Aug. 27, 2020.

The facility, BioLab Inc., makes chlorine for swimming pools. Officials are unsure exactly when the fire started, but Louisiana Department of Environmental Quality (LDEQ) Press Secretary Greg Langley said his agency was informed of the fire around 9 a.m. local time.

LDEQ began monitoring the air quality when they arrived at the scene, and the team's initial readings did not detect any chlorine. During a 1 p.m. press conference, State Fire Marshall Butch Browning also said no chlorine was detected in the air.

"What they have found is no low-level detection of chlorine offsite, where people walk and where people gather — which is a good thing," Browning said. "The cloud, the plume, as it goes in the air and moves out there is chlorine. Those chemicals are falling in the lake, which is the right place for it because it dilutes the chlorine. So that, we don't believe, is endangering anyone."

Browning said he is unaware of anyone reporting symptoms of chlorine gas exposure, which affects the respiratory system.

The Governor's Office of Homeland Security & Emergency Management issued a shelter-in-place advisory for residents nearby.

"Residents are advised to shelter in place until further notice and close your doors and windows. Follow the directions of local officials," Gov. John Bel Edwards tweeted.

The Cajun Navy, a southern Louisiana volunteer group that responds to natural disasters, shared this video of smoke rising over the city around 9:40 a.m. CT.

Louisiana State Police and the Lake Charles Fire Department also responded to the fire, along with Environmental Protection Agency personnel and monitoring aircraft.

KIK Custom Products, the company that owns BioLab, sent a team to the scene and released a statement that said the facility followed shutdown protocols and was evacuated when Laura reached Category 4 strength around 11 a.m. CT. All employees were confirmed to be safe.

"Our priority is the safety and well-being of the Lake Charles community of which we are a part," a KIK Products spokesperson wrote. "We are working with first responders, local authorities and environmental agencies to contain and mitigate the impact of this incident as quickly as possible."

Officials have been unable to provide a timeline for when the fire will be put out.

As Hurricane Evacuees In Texas Return Home, Experts Worry About Spread Of Coronavirus

Evacuations and storm damage could both potentially increase COVID-19 numbers in Texas. 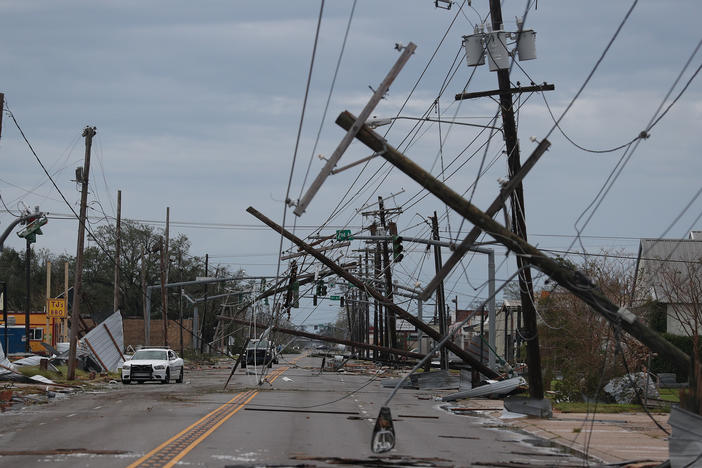 As of 12 p.m. ET Thursday, 578,911 customers were without power in Louisiana, and in Texas, 139,307 people were in the dark, according to the tracking site poweroutage.us. 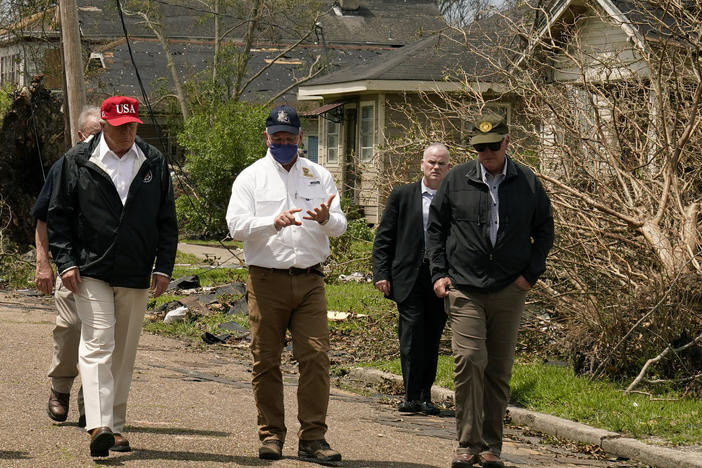 The president first stopped in Lake Charles, La., before heading to Orange, Texas. In both stops, he met with local public officials to talk about the devastation from Hurricane Laura.