The number of hungry people has doubled in 10 countries. A new report explains why 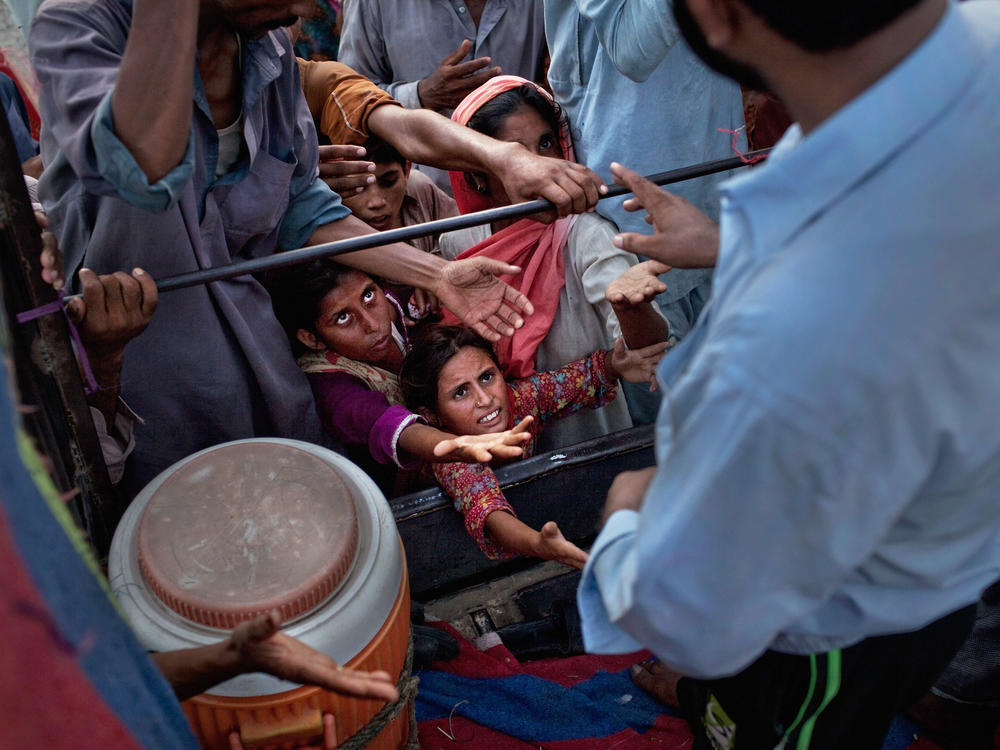 Children reach for food handouts in the aftermath of the catastrophic flooding in Pakistan, which has destroyed rice, corn and wheat crops and left over a third of the country under water. / Getty Images

Climate change and extreme weather events are fueling hunger, conflict and inequality at an unprecedented rate in the countries least equipped to deal with the impact, according to a new report released on Friday by Oxfam, the international aid agency.

The charity looked at the 10 countries that were the subject of the most United Nations appeals for extreme weather-related crises since 2000: Afghanistan, Burkina Faso, Djibouti, Guatemala, Haiti, Kenya, Madagascar, Niger, Somalia and Zimbabwe. The report found that these countries have seen the number of people suffering acute hunger — when food is scarce — more than double in the last six years to 48 million, with nearly 18 million on the brink of starvation, when people succumb to that scarcity of food.

Pointing to recent crises such as the droughts across the Horn of Africa and the devastating floods in Pakistan, the report highlights how weather extremes are becoming more common and more severe – increasing by fivefold in the last 50 years.

The countries least responsible for climate change are suffering the most

Yet despite the destruction wrought by climate change, collectively those 10 climate hot spot nations are responsible for just 0.1% of global carbon emissions. The G20 nations — which represent 19 of the world's largest economies, plus the European Union — contribute around 80%.

"These countries which are most impacted are the ones who contribute least to climate change and have the least resources," said report author Emily Farr. She thinks that countries that pollute the most have a moral imperative to support their climate-vulnerable neighbors.

Earlier this year, as part of the research for the "Hunger in a Heating World" report, Farr, who works on food security issues for Oxfam, visited Somalia, where one of the world's worst humanitarian disasters is unfolding.

"The impact from what is now five consecutive seasons of drought is visible," Farr said. "I talked to families living on rice and nothing else." She says the impoverished families acknowledged that she must be tired of hearing them talk about the help they need, and that they in turn are tired of asking. The families told her that they need investment to help them adapt for the long term.

The charity offers pointed criticism of the oil and gas industry. It cites a not-yet-published analysis of World Bank data claiming that companies have amassed profits of $2.8 billion a day for the last 50 years, yet the report notes that insufficient funds have been allocated to help those affected by climate change.

"Less than 18 days of those profits would cover the entire $48.82 billion U.N. humanitarian appeal for 2022," the report states.

It's not just climate change that's bringing a hunger crisis

Oxfam points out that while climate change is not the only cause of the impoverishment of people in the listed countries, sudden weather extremes multiply the effects of pre-existing conflict, inequality and economic shocks like the COVID-19 pandemic. And for millions of people, time is already running out.

"While aid has saved lives, it is facing cuts and in Somalia we expect to see famine before the end of the year unless we see a massive scaling up of funding," Farr observed. Oxfam defines famine as when 30% of the population is acutely malnourished due to a complete lack of access to food. "There is still a small window to prevent it, but it is incredibly urgent because other countries could follow," she said.

The report also highlights the irony that the global food system is partly to blame for the soaring hunger with its industrial model and reliance on chemicals contributing up to a third of total greenhouse gas emissions.

"The food system is heavily oriented toward the corporate model of production. Meanwhile, smallholders who are minimal contributors to climate change and use sustainable techniques don't get the support they need." Farr said.

"When you are bogged down in repeated cycles of crisis response, you don't have time and finances to work on vulnerability reduction on the long-term basis," Laganda said. "The diversification of our food and energy systems is the number one risk management strategy that we need to employ."

Ahead of U.N. General Assembly meetings this week, and the COP 27 climate change conference in Egypt in November, Oxfam is calling for polluting nations to adopt a suite of measures alongside emissions reductions. They're calling for emergency funds for people facing imminent famine, both debt cancellation and compensation for impacted countries and increased investment in local food production.

Whether Oxfam's advocacy will be heeded remains to be seen. Last year after the COP 26 in Glasgow, the charity condemned rich countries for blocking a proposal to compensate climate-hit developing countries for damage already wrought.

The report also calls for the provision of safe and legal routes for people impelled to move due to climate change. In Somalia over a million have been internally displaced just this year. In Latin America, weather conditions have decimated harvests of coffee and maize, forcing members of vulnerable communities to migrate to the United States.

Wealthy industrialized countries may be less exposed to extreme weather but are far from immune, as indicated by recent record drought in Europe and scorching temperatures across the United States.

Laganda warns that if global temperatures do not subside, then the world will reach a tipping point where weather extremes could increasingly become the norm: "Climate impacts hit the most vulnerable first, but they don't have boundaries. It can happen to any economy in the world."

Andrew Connelly is a British freelance journalist focusing on politics, migration and conflict. He tweets @connellyandrew. 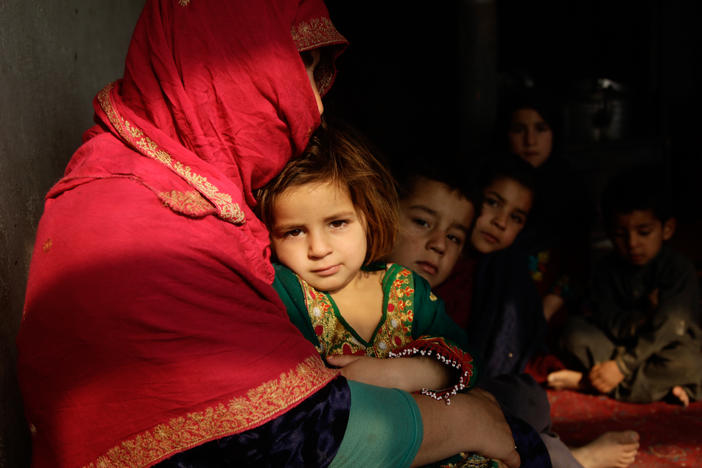 'I Cry At Night': Afghan Mothers Struggle To Feed Their Children In The Pandemic

The U.N. finds that nearly half of all children younger than 5 in Afghanistan, some 3.1 million, are facing acute malnutrition. Mothers share their plight to provide the children sustenance. 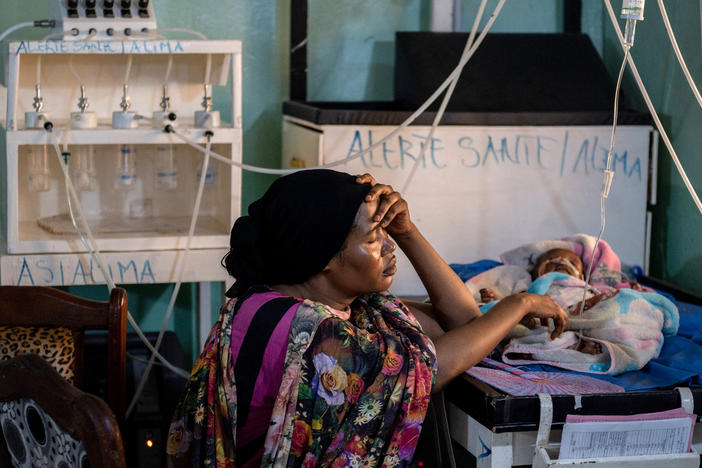 In Chad, one of the continent's poorest countries, rising food and fuel prices — and drought — have left many hungry and unable to afford the limited food that is for sale.

Since the outbreak began in September, eight children have died — and there is no approved vaccine. But doctors are hopeful that public health measures may be enough to stop the spread.