Cheers erupted in hospital wards across the country as a first group of nurses and sanitation workers rolled up their sleeves and got vaccinated. India aims to inoculate 300 million by July.

The world's biggest national vaccination campaign is now underway, and not in the U.S., but India. Today is the first day that Indians can get the coronavirus vaccine, and the Indian government aims to inoculate 300 million people by July. NPR's Lauren Frayer is in Mumbai. Lauren, thanks so much for being with us.

LAUREN FRAYER, BYLINE: Thanks for having me, Scott.

SIMON: Three hundred million people is almost the entire population of the United States, and they're going to vaccinate them all in less than six months. How do they plan to do it?

FRAYER: Yeah. So, of course, it's only about 20% of this country. And that's just the first batch. It'll take a couple years to vaccinate all nearly 1.4 billion Indians. But India is doing this in much the same way it organizes elections, which are spread out over weeks here. They're using voter rolls to identify people. And just like poll workers carry electronic voting machines up to mountaintop monasteries and villages in the jungle, they have these mobile medical teams to bring vaccines on ice to the remotest places in India. Now, most of the vaccines centers that open today are in hospitals in big cities like in Mumbai, where I am.

SIMON: And we know today is the first day. What's the scene like in Mumbai?

FRAYER: There's an atmosphere of excitement. It's front-line and health workers. Some of these are sanitation workers who are among the first ones getting vaccinated. Some of them got flowers from well-wishers. Government ministers are crowding in. Everybody's trying to take photos. Here is the dean of a medical school in Chennai. Her name is R. Jayanthi.

FRAYER: Now, she's in the first group of 30 million front-line workers. Next in line is anyone over 50 or with a preexisting condition.

SIMON: And which vaccine or vaccines is India using?

FRAYER: Yeah. So there are two in use here, one developed by Oxford University and the big pharmaceutical giant AstraZeneca. The other is from an Indian company called Bharat Biotech. Both are being manufactured inside India. India is the world's biggest vaccine maker. And so a lot of the COVID vaccines being used around the world will actually be mass manufactured right here.

FRAYER: No, they can't. And that is a bit of a controversy because most Indians will get the AstraZeneca one. The local manufacturer here is churning out about 100 million doses a month. Now, half of those are for export. But the other vaccine, the Indian one, is still in Phase 3 clinical trials. And data isn't yet out. Here is one of the critics, Dinesh Thakur. He's a public health activist.

DINESH THAKUR: It may very well be a good vaccine. It's just that we don't know enough about its efficacy. And so in the absence of the efficacy data, I mean, people are asking the questions, OK, why did you do that?

FRAYER: Why did the government approve this vaccine, is what he's asking.

SIMON: And what does the government say?

FRAYER: Well, the drug regulator says it wanted to have more than one vaccine available for Indians. The company behind the vaccine, Bharat Biotech, says its formula is 200% safe. There's really some speculation that the government just approved this out of pride, really, that it wanted to approve an Indian-made vaccine alongside one from a big, multinational company like AstraZeneca.

SIMON: We've done stories here, of course, about hesitancy among some Americans about taking the vaccine. I wonder if that's reflected in India, too.

FRAYER: It's much less of a thing in India, actually. India managed to eradicate polio and lots of other diseases through big vaccine drives like this. India also has the second-highest COVID caseload in the world behind the U.S. The virus has devastated the Indian economy. And so there's a hope that, you know, this vaccination campaign allows India to return to normalcy.

SIMON: NPR's Lauren Frayer in Mumbai, thanks so much. 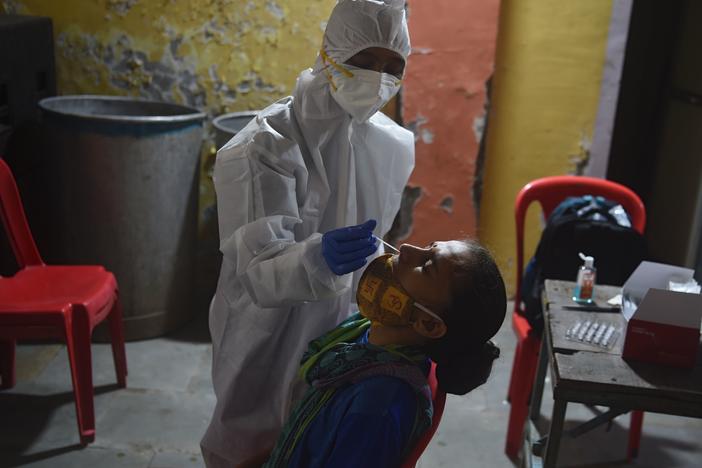 India On Track To Surpass U.S. As Country Worst Affected By COVID-19

With more than 5 million coronavirus infections and the world's highest daily tally of new cases, India is expected to become the world's worst-affected country within weeks. 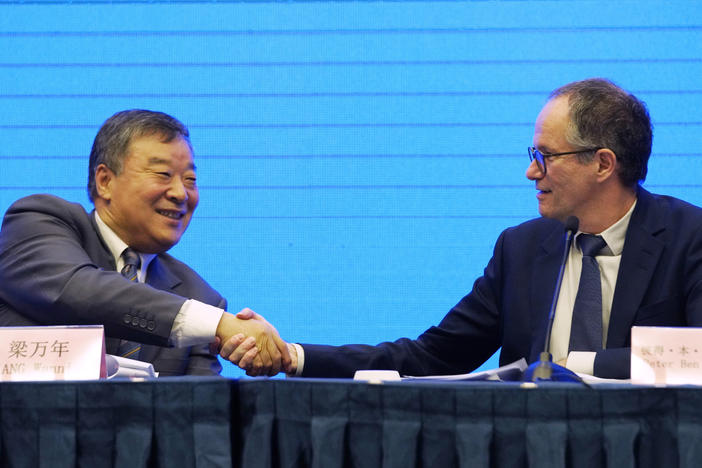 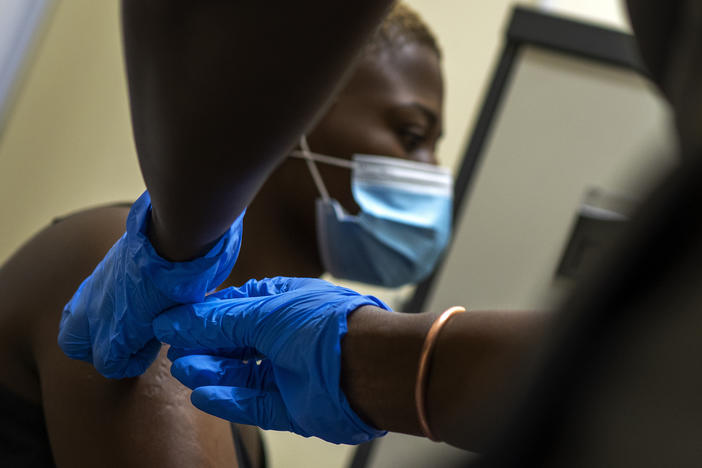 'Until Everyone Is Safe, No One Is Safe': Africa Awaits The COVID-19 Vaccine

Ellen Johnson Sirleaf, a Nobel Peace Prize recipient and former president of Liberia, says much of Africa may be left out until 2022. "We don't have the resources. It's as simple as that," she says.