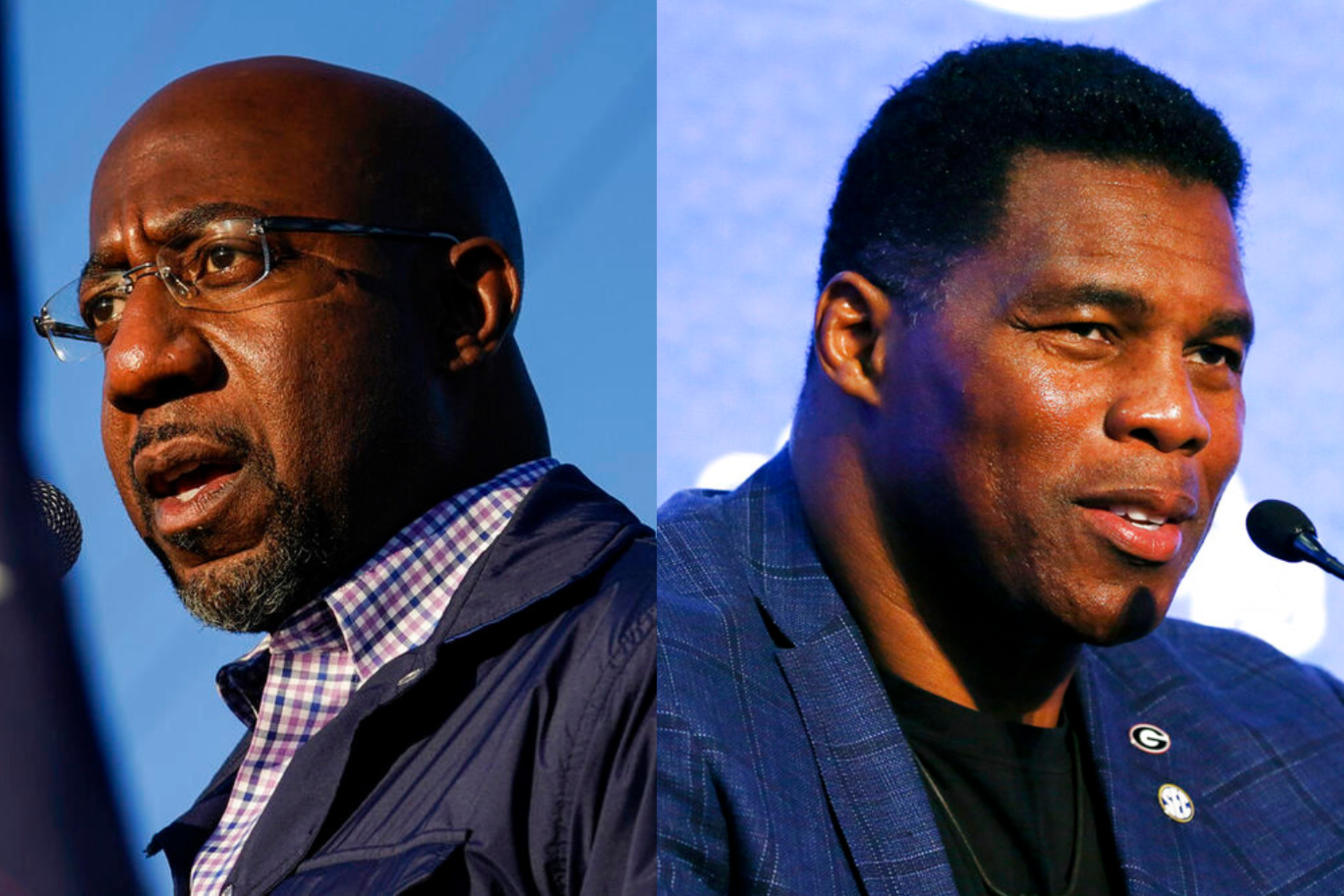 Georgia voters will cast ballots for a second election cycle in the race for a consequential U.S. Senate seat. Here’s where the major candidates stand on some of the the issues.

The incumbent U.S. senator is an outspoken supporter of abortion rights and called the Supreme Court’s decision to overturn Roe v. Wade “a departure from our American ideals to recognize and protect basic rights.” He signed on to legislation at the federal level that would create legal protections for people crossing state lines to receive abortion care.

Early in his campaign, the Republican Herschel Walker said he opposes abortion with no exceptions for rape, incest or if the life of the mother is in danger. He has previously said he agrees with the Supreme Court’s decision to allow states to make their own abortion-related laws but also said he supports a proposal from federal Republicans that would ban most abortions after 15 weeks.

But during the debate against his opponent in Savannah, he backtracked on his position and said he supports Georgia's 2019 law that outlaws most abortions around six weeks.

Warnock signed onto sweeping Democratic spending bills including COVID-19 relief bills such as the American Rescue Plan and Build Back Better legislation and the massive $1 trillion infrastructure bill. The Democrat also worked to relieve supply chain issues by securing millions in funding for the Port of Savannah and a new Inland port in Hall County.

On the campaign trail, he also touts a jobs and competition bill that invests in the STEM workforce and the manufacturing of semiconductors that will benefit companies like Kia.

Throughout his 2022 campaign, Walker has criticized federal-level Democrats for high gas prices, inflation and excessive government spending but has not offered clear economic policy solutions.

While in Congress, Warnock championed and won passage for several health care initiatives including efforts to lower prescription drug costs for seniors and eliminating some out-of-pocket drug costs for some Medicare recipients. He is a leading voice in an initiative to cap the cost of insulin at $35 for diabetic Georgians. During his first term, he also introduced legislation to combat Georgia’s maternal mortality crisis.

During his reelection bid, Warnock has continued to focus heavily on the potential benefits of full Medicaid expansion for Georgians. He has not seen success in an effort to create a federal workaround program for uninsured Americans in states like Georgia that have chosen not to expand the program under the Affordable Care Act.

During his first term, Warnock supported federal initiatives to institute additional gun restrictions in the aftermath of shocking mass shootings this year at Robb Elementary School in Texas and at a grocery store Buffalo New York. The Democrat voted in favor of major bipartisan gun legislation that enhances background checks, closes the so-called “boyfriend loophole” and creates criminal penalties for gun trafficking. The bill also incentives states to create their own “red flag” laws and puts millions in funding toward mental health supports.

Warnock is also a co-sponsor on a measure that would ban military-style, high-capacity firearms.

The Republican is a supporter of Second Amendment rights.

Although voting rights was a cornerstone of the first-term U.S. senator’s 2020 campaign, there has been little movement on the issue in Congress. Warnock has been an outspoken advocate for federal voting rights protections and has urged colleagues to pass legislation like the Freedom to Vote Act and John Lewis Voting Rights Advancement Act. But Senate Republicans have been successful in blocking any movement through use of the filibuster.

The freshman senator has introduced multiple bills to address issues facing veterans and military families. He has pushed for increased health and safety in veterans' homes by introducing the Improving Care for Veterans Act and secured funding to support Georgia veterans experiencing homelessness. Warnock has also pitched a plan to extend veteran benefits to surviving Gold Star spouses who remarry.

Walker has called for additional federal investment in the military.