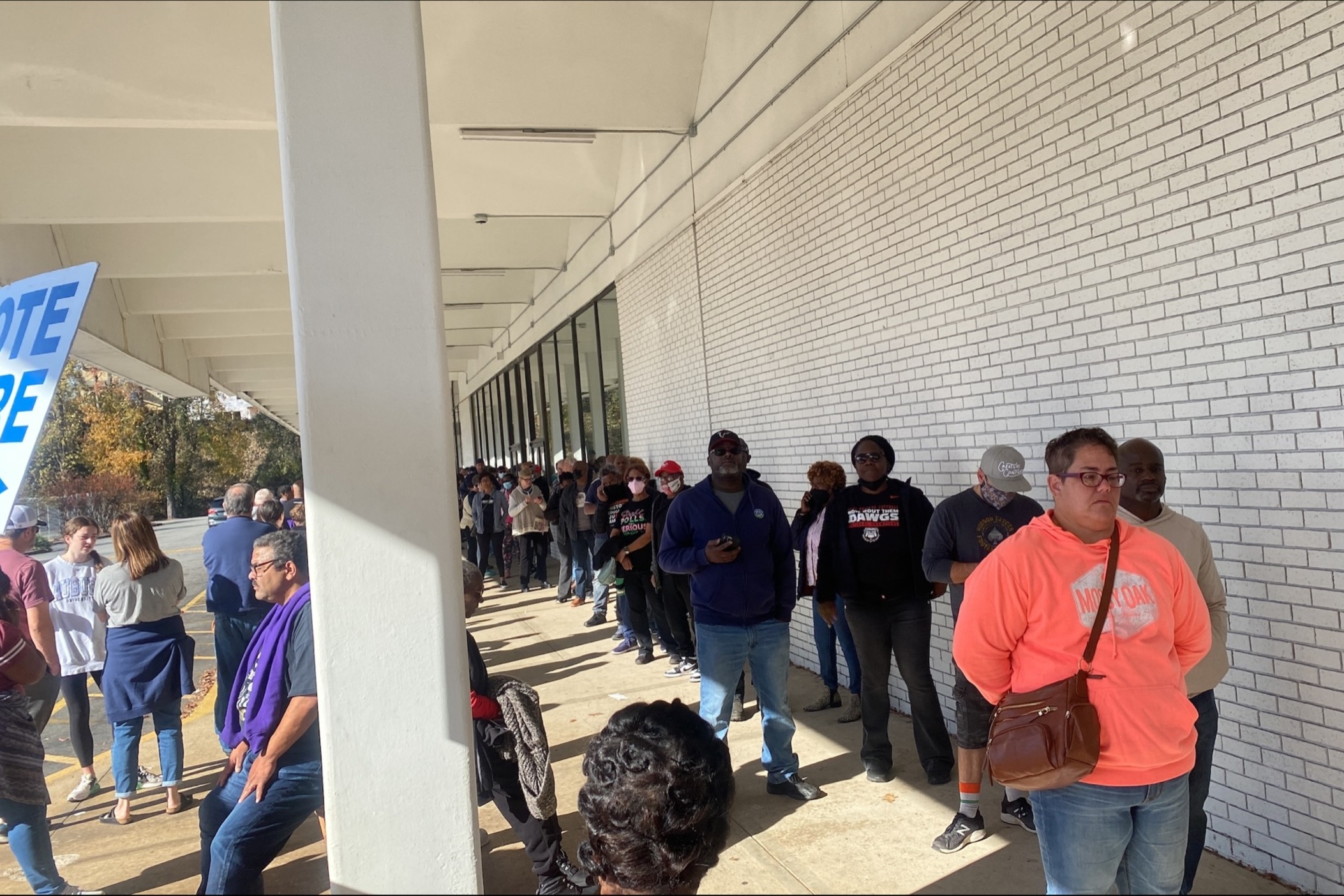 Early voting ahead of the U.S. Senate runoff election between Democratic Sen. Raphael Warnock and Republican Herschel Walker began in several Georgia counties over the weekend with a patchwork of start dates and times​​​​​.

Lines varied by county, with densely populated areas experiencing wait times of up to two hours or more on Saturday and Sunday. 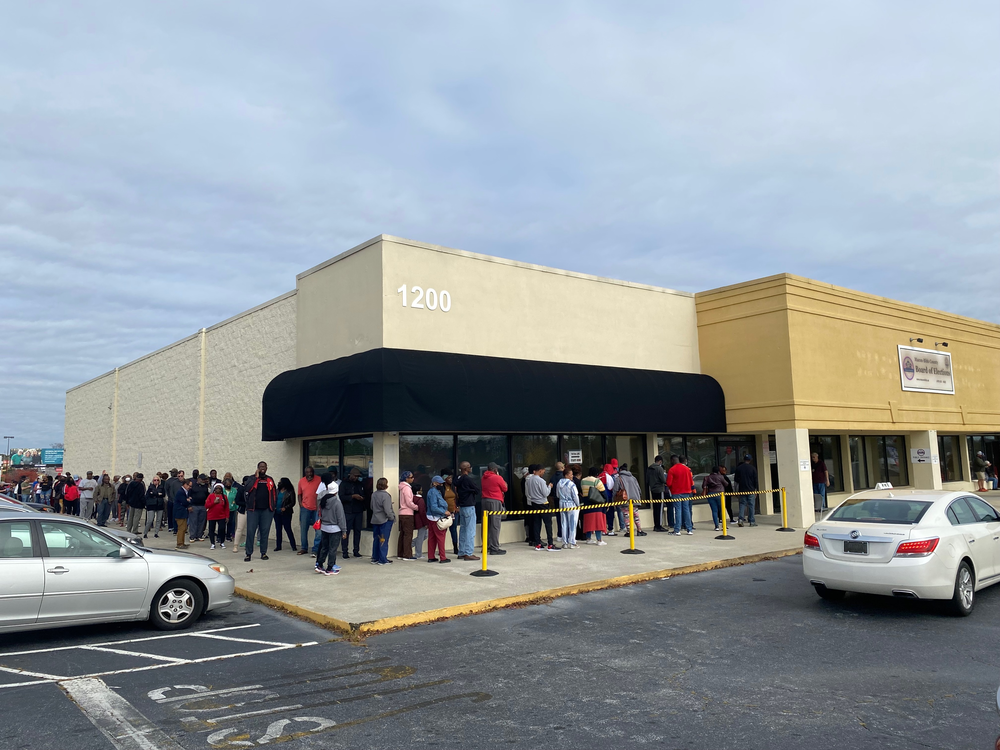 Voters in Bibb County wait in line to cast their runoff election ballots on Nov. 26, 2022.

Weekend voting is popular and a Georgia appeals court ruled on Nov. 21 to allow counties to offer early voting for the U.S. Senate runoff election beginning Saturday, Nov. 26 — but Republican groups appealed to Georgia's highest court Nov. 22 in an attempt to prohibit it.

The Court of Appeals declined a request by the state to stay a lower court's ruling that said state law allows early voting that day.

Warnock's campaign, along with the Democratic Party of Georgia and the Democratic Senatorial Campaign Committee, had sued to challenge that guidance.

Fulton County Superior Court Judge Thomas Cox on Nov. 18 issued an order siding with the Warnock campaign and the Democratic groups. He found that the law cited by the state regarding Saturday voting after a holiday does not apply to a runoff election.