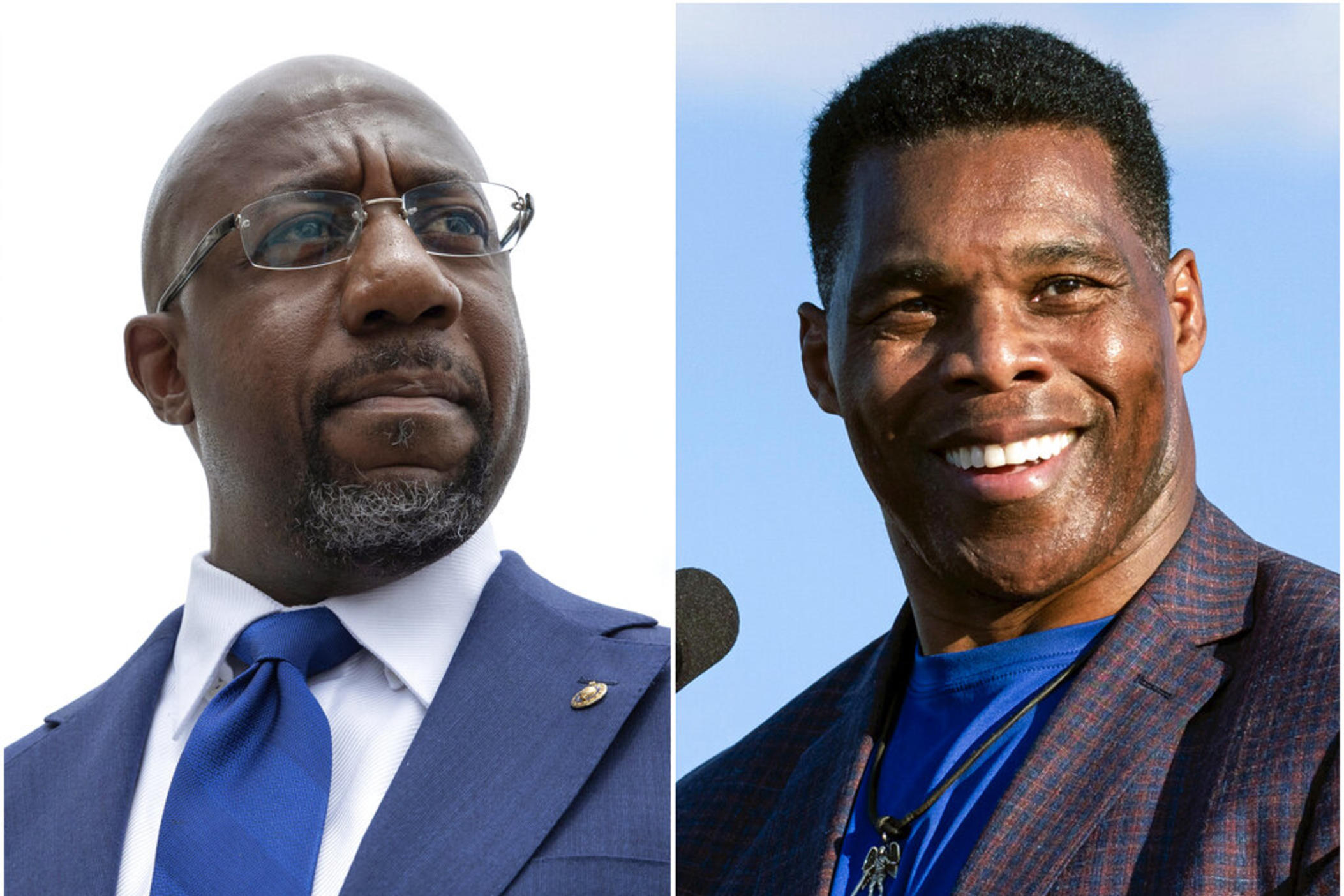 The Georgia Republican Party, the National Republican Senatorial Committee and the Republican National Committee filed the appeal with the Georgia Supreme Court. They are asking the high court to issue an emergency stay of a lower court ruling that said Georgia law does allow voting this Saturday.

The runoff election day is scheduled for Dec. 6.

The time-sensitive legal battle began after Republican Secretary of State Brad Raffensperger issued guidance to county election officials that said early voting could not be held on Nov. 26 because state law says it is illegal on a Saturday if there is a holiday on the Thursday or Friday preceding it. Thursday is Thanksgiving and Friday is a state holiday.

Warnock's campaign along with the Democratic Party of Georgia and the Democratic Senatorial Campaign Committee, sued last week to challenge that guidance. They argued that the prohibition on Saturday early voting after a holiday applies only to a primary or general election but not to a runoff.

Fulton County Superior Court Judge Thomas Cox sided with the Warnock campaign and the Democratic groups. He issued an order Friday saying Georgia law "does not specifically prohibit counties from conducting advanced voting on Saturday, November 26, 2022, for a runoff election."

The state on Monday appealed that ruling to the Georgia Court of Appeals, the state's intermediate appellate court. They argued that the ruling was erroneous for procedural reasons and also that Cox was wrong to consider the runoff a separate type of election rather than a continuation of the general election. They asked the appeals court to immediately stay the lower court ruling.

State officials accepted that ruling and said they would not pursue further appeals.

"The Court has worked its will. We believe this is something the General Assembly should consider clarifying to avoid confusion in the future. I hope that election workers are able to enjoy a somewhat restful holiday despite this decision," the secretary of state's office spokesman, Mike Hassinger, said in an emailed statement.

But the Republican groups, which had been allowed to join the lawsuit as intervenors, on Tuesday appealed to the Georgia Supreme Court.

They argue that the interpretation of Georgia law put forth by the plaintiffs and accepted by Cox was incorrect. The runoff election set for Dec. 6 is clearly a continuation of the Nov. 8 general election and is subject to the prohibition on Saturday voting immediately after a holiday, they argue.

Counties had been relying on the guidance provided by Raffensperger as they prepared for the runoff election, under the assumption that voting would not be allowed Nov. 26, the Republican groups argue. Only 10 counties — "all of them Democrat-leaning" — plan to hold early voting on Saturday, they note.

That "sows confusion and inequity into the voting process, preventing the clarity and uniformity that Georgia's citizens deserve," they argue.

The Supreme Court has given the Warnock campaign and Democratic groups until 9 a.m. Wednesday to file a response.

Warnock and Walker, the former University of Georgia and NFL football star, were forced into a Dec. 6 runoff because neither won a majority in the midterm election this month.

Georgia's 2021 election law compressed the time period between the general election and the runoff to four weeks, and Thanksgiving falls in the middle. Many Georgians will be offered only five weekdays of early in-person voting beginning Nov. 28. 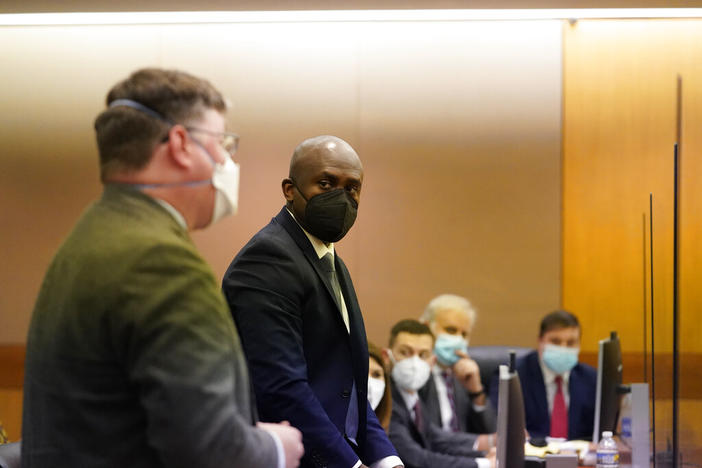 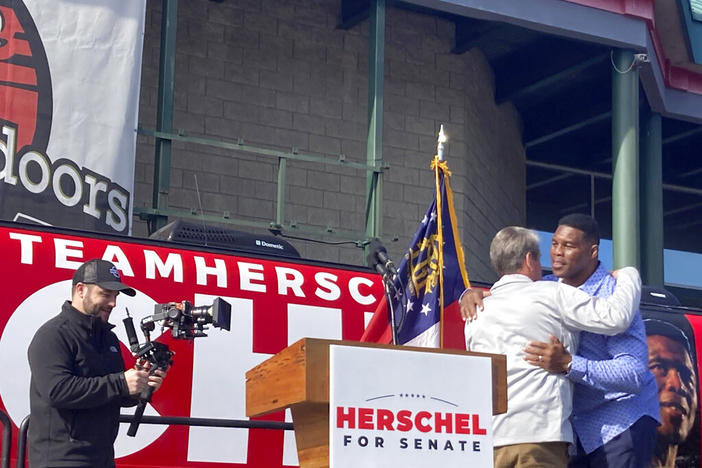 Walker, Kemp campaign in Ga. together for the 1st time

Fresh off his commanding re-election victory, Georgia Gov. Brian Kemp on Saturday is playing the role of dutiful Republican soldier campaigning for the first time alongside Senate hopeful Herschel Walker after spending months steering clear of his ticket-mate. 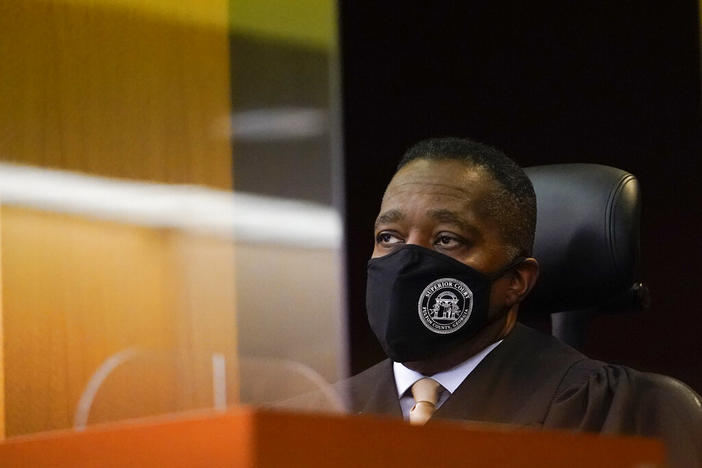