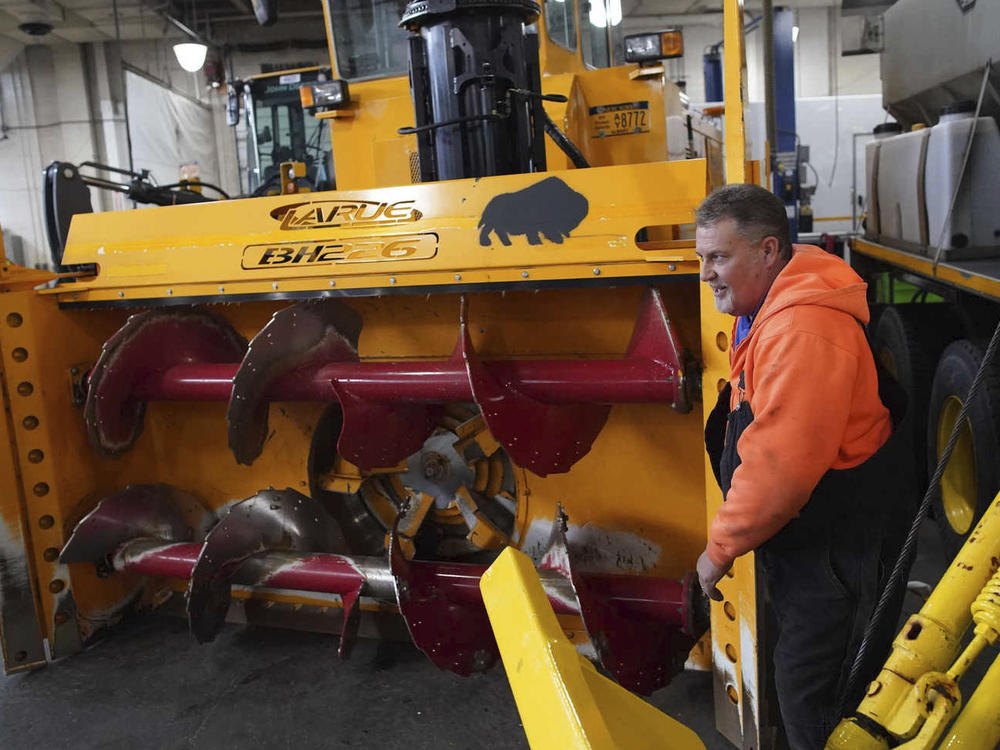 Heavy equipment operator Don Beitz walks around a giant snow thrower while preparing for the impending snowstorm that is expected to dump several feet of snow on the area until Friday evening at the New York State Thruway's Walden Garage in Cheektowaga, N.Y. on Thursday, Nov. 17, 2022. / AP

BUFFALO, N.Y. — New York Gov. Kathy Hochul declared a state of emergency Thursday for parts of western New York ahead of a dangerous storm that had the potential to dump several feet of snow on some communities on the eastern ends of Lake Erie and Lake Ontario.

The worst snowfall was expected in Buffalo, where the National Weather Service said up to 4 feet (1.2 meters) might fall in some spots through Sunday, with periods of near-zero visibility. Other areas could get a foot (0.3 meters) or less of the lake-effect snow, which is caused by frigid air picking up copious amounts of moisture from the warmer lakes.

Hochul's state of emergency covers 11 counties, with commercial truck traffic banned from a stretch of Interstate 90 after 4 p.m. Thursday.

Erie County Executive Mark Poloncarz issued a driving ban beginning at 9 p.m. Thursday, shortly after heavy snow punctuated by thunder and lightning moved into Buffalo, quickly covering the ground and roads. The most intense snowfall was expected to last through Friday evening, with more falling on Saturday into Sunday.

Administrators canceled Friday classes for students in Buffalo and throughout the county. Amtrak stations in Buffalo, Niagara Falls and Depew closed Thursday and will stay closed Friday, The Buffalo News reported, while numerous flights in and out of Buffalo Niagara International Airport were canceled.

Also ahead of the storm, the NFL announced it would relocate the Buffalo Bills' home game against the Cleveland Browns to Detroit on Sunday.

The switch in sites means the Bills will play back-to-back games in Detroit, as they are scheduled to play the Lions on Thanksgiving.

The weather service also warned of accumulations of 2 feet (0.6 meters) or more of snow in northern New York on the eastern edge of Lake Ontario, and in parts of northern Michigan through Sunday. 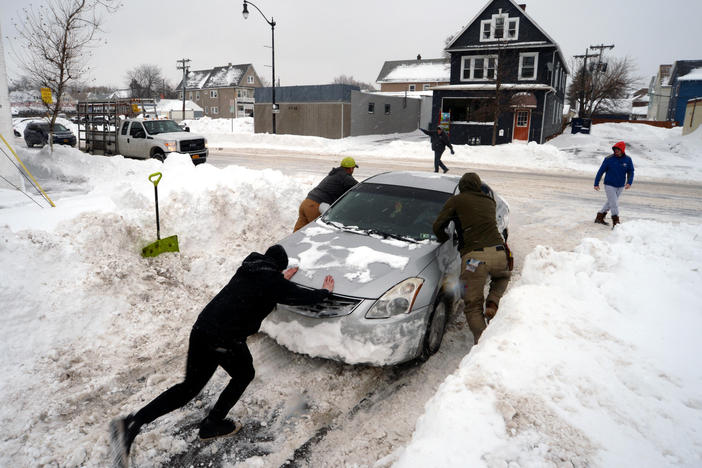 The storm-related death toll in the area rose to 39. Meanwhile, a nearly week-long driving ban has been lifted as temperatures rise and all major state highways in western New York have also reopened. 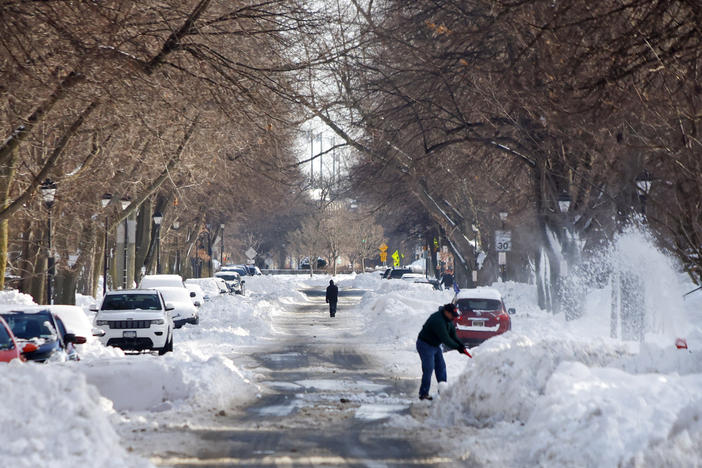 Buffalo residents who have been stuck since Friday's blizzard are turning to a Facebook group to find assistance and supplies. 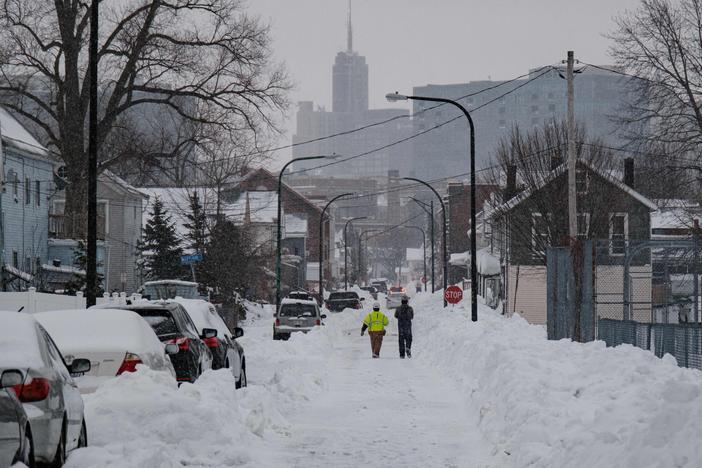 The National Guard is conducting door-to-door wellness checks in neighborhoods that lost power as authorities search for more casualties.