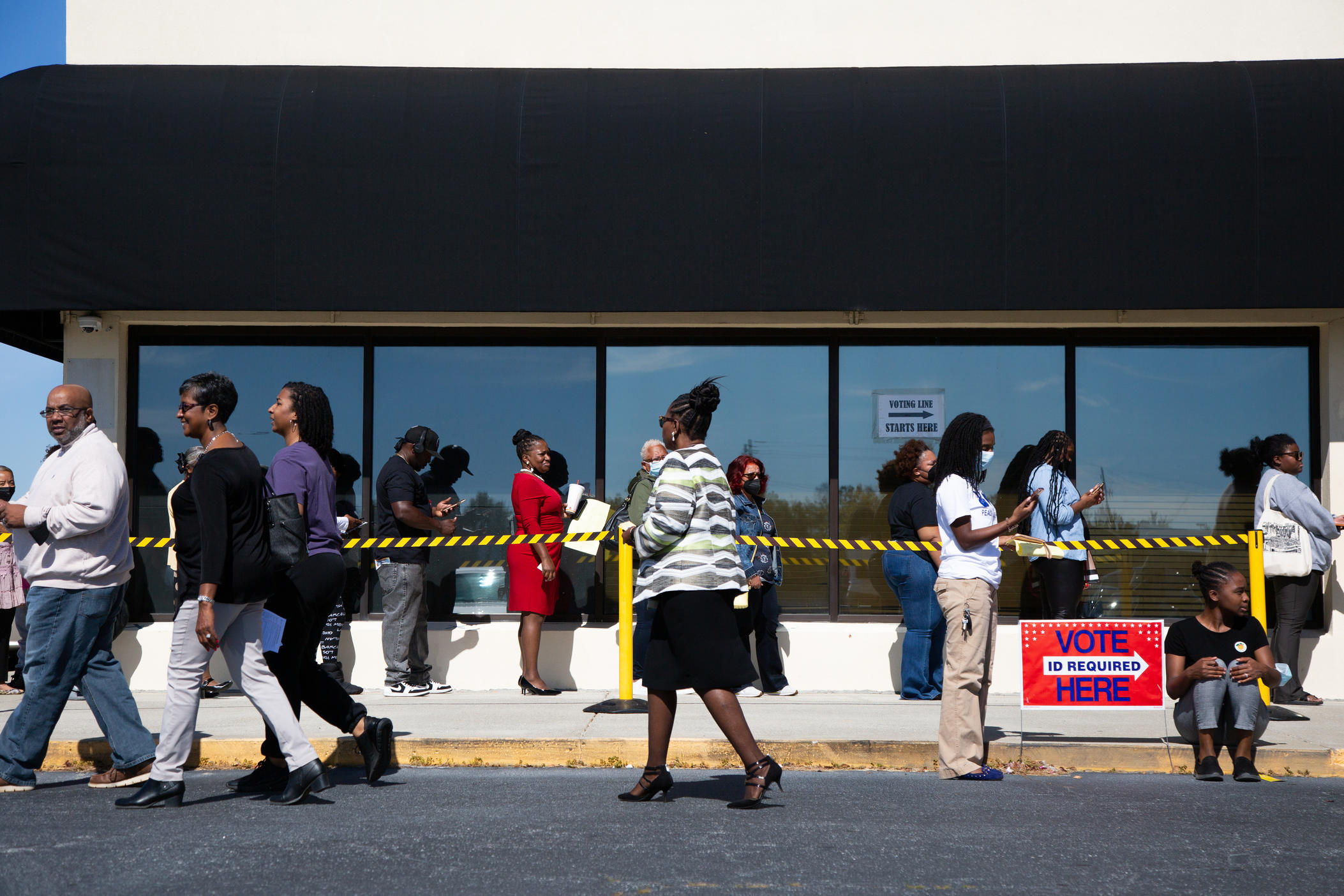 When the polls close in Georgia on Tuesday, Nov. 8, election results should come quicker than before, though tight races on the cusps of runoffs means finality about who is victorious will likely not.

Georgia has more than 2,600 voter precincts spread across 159 counties and an outsized role in national politics. After conspiracies dominated the aftermath of the 2020 vote count which took several days to complete due to an avalanche of absentee ballots, a desire for timely results has been codified into law in Georgia's sweeping Senate Bill 202.

The 98-page voting law garnered headlines for absentee ballot changes, expansion of challenges to voter eligibility and other hot button issues, but the bulk of the law includes back-end election administration changes for local officials that require a more streamlined election night and quicker reporting of results.

Changes to absentee processing and tabulating before polls close

Under the new law, counties can begin processing absentee ballots starting two weeks before the election instead of the morning of Election Day. In 2020, well over 1 million people returned a mail-in ballot, and the process of verifying the information on the envelope, adjudicating any ballots with issues, scanning and reporting results took several days.

This year, only about 279,000 voters requested an absentee ballot, so fewer ballots and an earlier processing time should lead to quicker reporting of those results. More counties will also begin to tabulate mail-in and in-person absentee ballots starting the morning of Election Day, sequestering those ballots and workers so results are not reported until after polls close.

"Instead of having to wait till 7 p.m. on election night for the larger counties, especially, to begin shutting down and printing the advanced voting scanner tapes that take several minutes to print, they can go ahead and do that during the day," Georgia elections director Blake Evans said in a recent press conference. "Which means at 7 p.m., they should have all their advance voting results ready to go and be released by 7:30 or so."

Election Day votes usually take the second longest to count and report, because poll workers must close down well over 2,000 polling locations across the state, take the memory cards from ballot scanners and drive them back to elections offices where they are tabulated.

When will races be 'called?'

News outlets and elections analysts project winners of races based on a combination of historic voting patterns, results counted and where remaining unreported results are located. In a state like Georgia, where elections are close and larger, Democrat-heavy counties take longer to report, you likely won't see reputable sources "call" big races on election night, even with Georgia's law changes.

It's also important to remember that the only official source that declares winners is a county certifying its election results after verifying totals are correct.

On election results websites, including the Georgia Secretary of State website, election officials say to also remember context behind "precincts reporting" numbers, reminding that 100% of precincts reporting ballots cast does not equal reporting 100% of the ballots cast. Sometimes results change, as counties have been known to accidentally double upload results or leave out results as the night progresses — but that is not a sign of fraud and is part of the normal reconciliation and counting process.

It's also possible that one candidate could be ahead as more rural, Republican-heavy counties with small populations complete their uploading process faster than Democratic strongholds with large population, also a normal part of the way Georgia counts votes.

It won't be known until polls close how many people show up on Election Day or return absentee ballots. But after the end of in-person early voting, it will be known how many people participated using that method, as well as the maximum possible number of mail-in ballots returned (~279,000) since that request deadline has passed. Plus, military and overseas ballots must be received by the Friday after the election and provisional ballots can be fixed by then, too.

More than 2 million people have already cast a ballot in Georgia's midterm election, which features close races for governor and U.S. Senate among other contests. Recent polling shows both incumbent Gov. Brian Kemp and Sen. Raphael Warnock hovering around the 50% threshold to avoid a runoff, so it will be likely that the outcome of the race will come down to the last ballots counted.

Why counting should be faster

Speaking of counting, Georgia law now requires counties to report the total number of ballots cast (by mail, early in person and on Election Day) by 10 p.m. on election night to provide the state and the public with the total denominator of votes that should provide better context on what is left to be counted. Even so, remember there are military and overseas votes that must be received by the Friday after the election and provisional ballots that can be cured by the same deadline, so that 10 p.m. number is not final.

Elections offices are now required to count without stopping until they are done and must finish absentee ballot counting, which usually takes the longest of the three voting methods, by 5 p.m. the day after the election.

Finally, the new voting law accelerates the timeline for certification and a runoff. Counties must certify the final count of their election results by the Monday after the election, then Secretary of State Brad Raffensperger will announce a statewide race to undergo a risk-limiting audit. After that audit, which confirms the results are accurate and not the specific totals, Raffensperger will certify the results by Nov. 25.

Previously, Georgia law set runoffs nine weeks after the general election, but SB 202 shortened it to just four. That means any race that did not see a candidate clear 50% on Nov. 8 will see voters head to the polls again Dec. 6, with a very abbreviated absentee by mail and in-person early voting period — "as soon as possible" for local officials that are also finishing up counting the general election.

The bottom line: new rules should see election results come quicker in Georgia, though the difference in someone winning outright or going to a runoff could be so close that all the results need to be in before a conclusion is known.