See who is voting early in Georgia's 2022 election 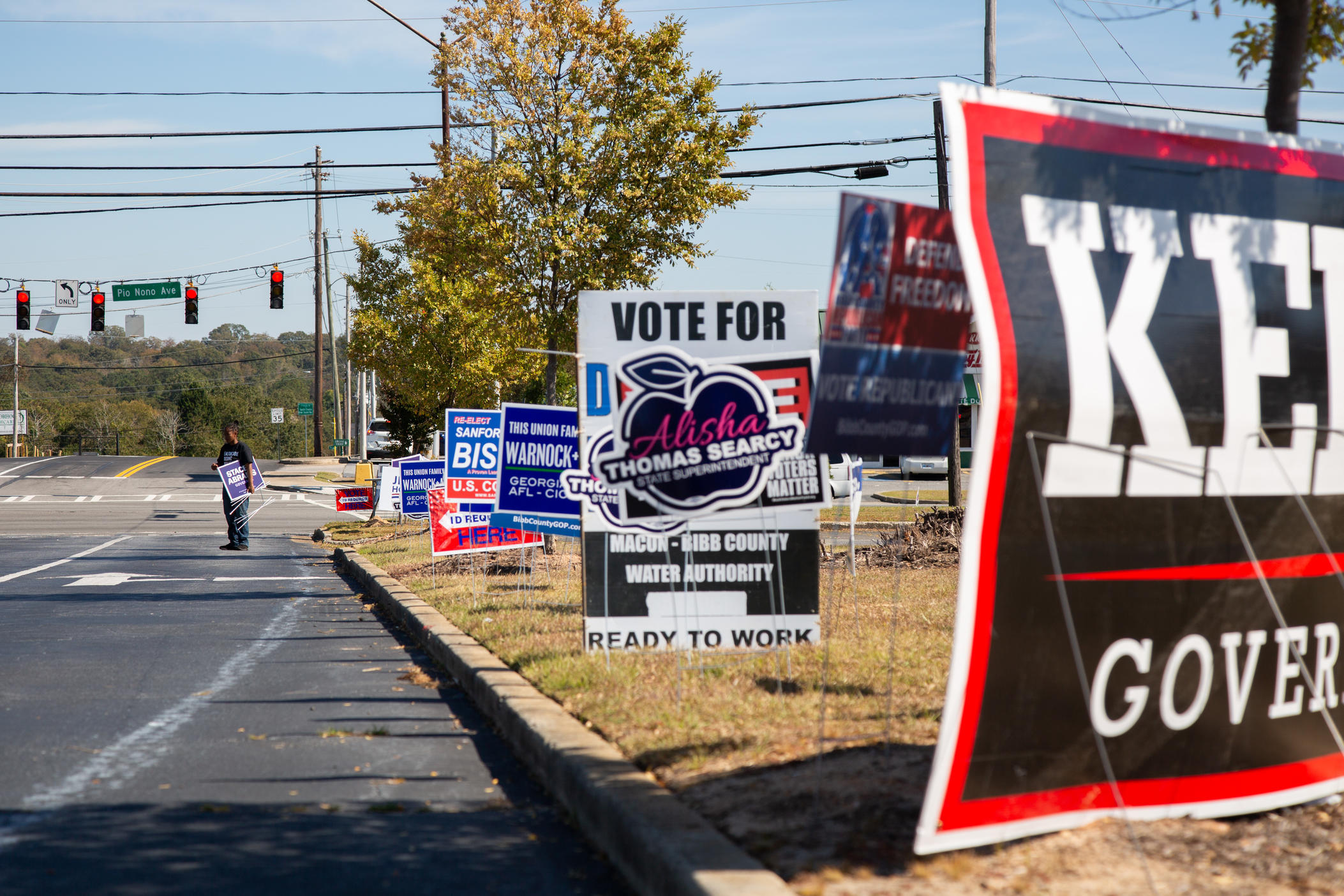 Georgia voters showed up in record numbers for a midterm election during the state's three week in-person early voting. At the end of early voting Friday, Nov. 4, more than 2.5 million people voted by mail or in person.

The early voting period was marked by a higher share of older voters and Black voters than similar times in previous elections, as hotly contested races for governor and U.S. Senator have drawn unprecedented fundraising and interest in midterm elections here.

New absentee by mail rules enacted under Georgia's sweeping SB 202 saw a shorter window to request a mail-in ballot, with a deadline of Friday, Oct. 28. According to the state's absentee voter file, roughly 279,000 Georgians requested a mail-in ballot and more than 231,000 of them have already been returned.

Black voters make up roughly 29% of Georgia's 7.8 million registered voters and 29.4% of the early vote so far. The actual share may be higher, as nearly 8% voters so far have their self-identified race listed as "unknown," and state elections officials say many are likely Black.

Democratic governor nominee Stacey Abrams in particular has made targeting newly-registered voters and those who don't vote often an integral part of her campaign. Approximately 26% of these new voters are Black, 52% are women and 48% registered in 2022.

Click through the tabs in the graphics below to see more voter turnout data, including turnout for Black and white voters as well as by county, plus how the early vote so far compares to total votes in 2018.

This post will be updated daily throughout early voting.