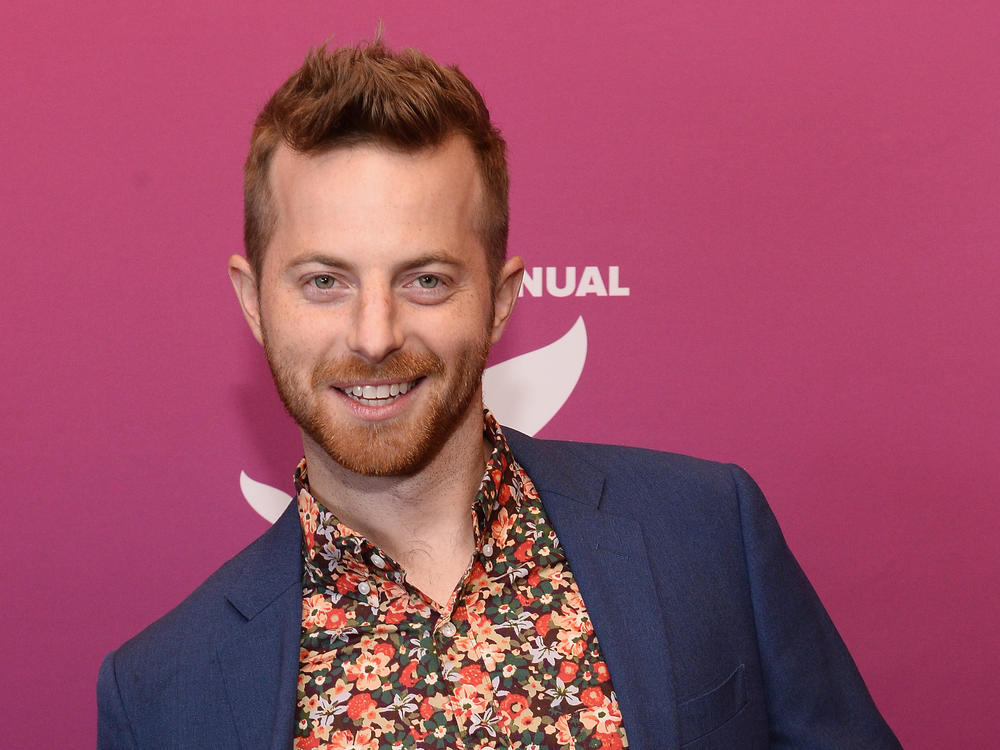 Ned Fulmer of The Try Guys — who was very much known as a "Wife Guy" — has publicly admitted to cheating on his wife with an employee of the show. The incident reminded NPR's Linda Holmes of the ways in which YouTube contains elements of early-2000s blog culture and journaling. Fulmer is shown above on May 5, 2019 in New York City. / Getty Images for Shorty Awards

As someone who had not just one blog but several in the late '90s and early aughts — and as someone who originally came to NPR to write one about pop culture — I have found it fascinating to see blogs boom, and then bust, and then be reinvented as newsletters essentially indistinguishable from blog posts. "Here is some writing, here are some links, here is some information." That was also the mission statement of a blog, particularly in the more "journaling" incarnation, as opposed to the "rolling succession of tiny posts that were really just links" incarnation.

Seeing blog culture in Substack and other newsletter platforms isn't difficult. It was the culture of a quick take, a chance to see a writer's fresh thoughts on a weekly (or more frequent) basis, and it was independence from traditional publishing. At one place where I worked, the phrase "stick it in a blog" was used as a kind of eye-rolling acknowledgment that if you have so much to say about something, go make yourself a space to say it.

But this week's drama about Ned Fulmer of the YouTube outfit The Try Guys losing his gig after he admitted to cheating on his wife with an employee of the show (catch yourself up with this useful explainer if you must) also emphasized the ways in which YouTube contains elements of 2003-ish blog culture and journaling. Fulmer is what people refer to as a "Wife Guy," a guy whose public image is very much centered on his loving relationship with his wife. So obviously, this revelation about cheating was an issue.

Let's travel back in time for a moment

In early blogs and online journals, pseudonyms were very common for the people in your life, and even for yourself. For instance, a blogger might write under the name LucyBear (I'm making this up, so don't attempt to Google this person), with a husband referred to as El Hubbo (people did stuff like this, I'm so sorry) and kids referred to as Floofy and The Crasher. You would really, really begin to get the sense that you knew all these people as you heard the stories about their travels and their home repairs and their struggles with parenthood or whatever. A lot of people made their early reputations as online writers with that kind of thing.

So did single people who wrote breezy, almost Carrie Bradshaw-like diaries about this and that, jobs and dating and what have you. And one of the first things they learned was that when you thrive as a storyteller about your own life, people begin to feel entitled to know everything.

I cannot tell you how often it happened that someone I knew had been talking about El Hubbo for years, and then all of a sudden: no El Hubbo. Where was El Hubbo? Sick? Were they separated? Did something happen? Where are Floofy and The Crasher? Are they living with you? And people would start to leave it in the comments: Where's El Hubbo? They would get more aggressive and more intrusive: Are you and El Hubbo still married? Why wasn't he in the story about your vacation?

It was even harder, I think, for people who were dating. Somebody would be writing about a boyfriend called Blue Eyes for months, and then nothing. The respectful thing for a reader to do, of course, would be to let it go, to understand that people break up, and if the person wanted to write about it, they would. This is not usually what happened. At some point, after enough nosy inquiries, people would end up writing some fairly opaque explanation about "Blue Eyes and I went our separate ways."

Readers feel entitled to "know how it ends"

What is part of your persona, people feel entitled to opine about. These are the "parasocial relationships" you hear about, sort of, but they are also the result of building a narrative about yourself for the purposes of promoting whatever you create and connecting with your audience. That narrative becomes like a book, and people feel entitled to hear how it ends. And when uncomfortable truths intrude upon that narrative, it falls apart.

Perhaps you've had the experience of following, let's say, the Instagram account of a horse. And you follow the horse, and you see photos of the horse and the married couple who own it and ride it, and you see one of them hugging the horse and the other one hugging the horse, and you just are having a beautiful time following Hank the Horse. And then the people get divorced. It can be a very strange feeling, because the reality of live humans who exist in real time has intruded upon the fiction of the self as a character with a shaped story.

I'm not sure you lose your YouTube job because you cheated on your wife, exactly. And I'm not even sure the real issue is that your likability is damaged, even though that's probably part of it. I think you lose your YouTube job, in part, when you shatter the illusion that you are a character defined by your — and I apologize to those of you who hate this word — content. When you remind people that, in fact, you are a person defined and limited by your messiness, a person who people might or might not like if they knew you. You have blurred the line between your real self and your persona so thoroughly that now, seeing your real life blow up is like Jim Carrey bumping into the wall in The Truman Show.

What came out of that moment in blog culture, for a lot of people I knew, was a renewed commitment to controlling what they talked about and what they didn't. The ultimate skill of navigating a social media presence, to a great degree, is seeming to talk about everything while not talking about everything at all. There are a lot of people who will show you their dog, but not their kids. They won't tell you charming stories about their husbands or wives or boyfriends or girlfriends every day, because they don't want you to feel entitled to know where somebody went, or whether they're in the hospital, or whether you're fighting. And if they're very good at it, you don't notice.

Just as Substack and other platforms have brought back the blog and its free-associating and differently disciplined writing practices, personality-driven outlets like YouTube and TikTok and Instagram have brought back the need to weigh the risks of such a porous boundary between the you that you really are and the you that you share with everyone. Not in the sense of dishonesty — there's nothing dishonest about selectivity or privacy. Just in the sense of balance. What is part of your brand will always be subject to the grabby, proprietary impulses of a lot of other people. The more your wife is a part of it, the more people will feel entitled to comment on your cheating. And unlike a faceless husband referred to by a pseudonym, now maybe people have seen your wife, seen your husband, seen you interact. They've seen the smiling face of that person. They feel even more like they know you together.

So perhaps the next thing to bring back, for all the people who are learning all this from YouTube and TikTok instead of Blogspot and LiveJournal, is encouragement to wall off the parts of your life that you don't want to have to explain. The more you hold close, the less everybody else gets to grab onto. 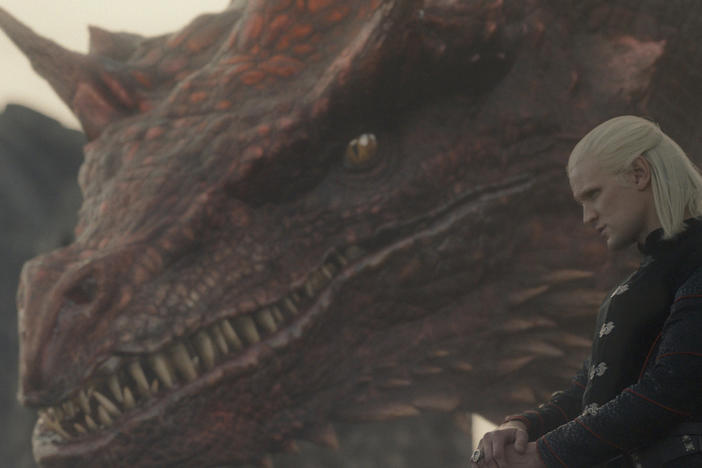 The first season of HBO's Game of Thrones spin-off ended with the beginning of a civil war. Here's what to expect out of season 2. 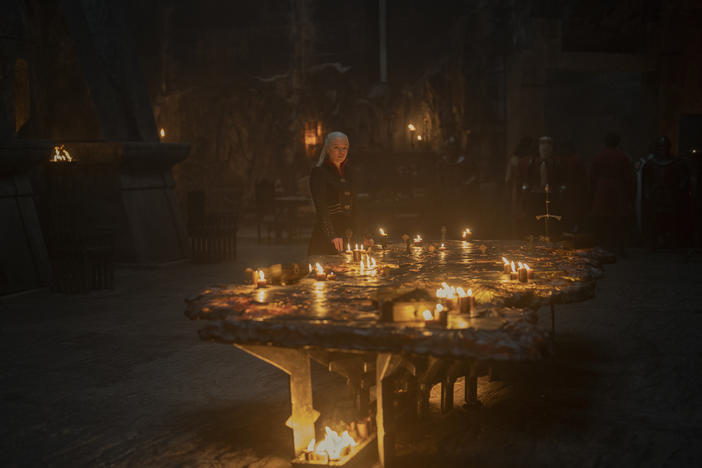 In the season finale of HBO's Game of Thrones spinoff, Rhaenyra assesses her position and the skies over Westeros become less than friendly. 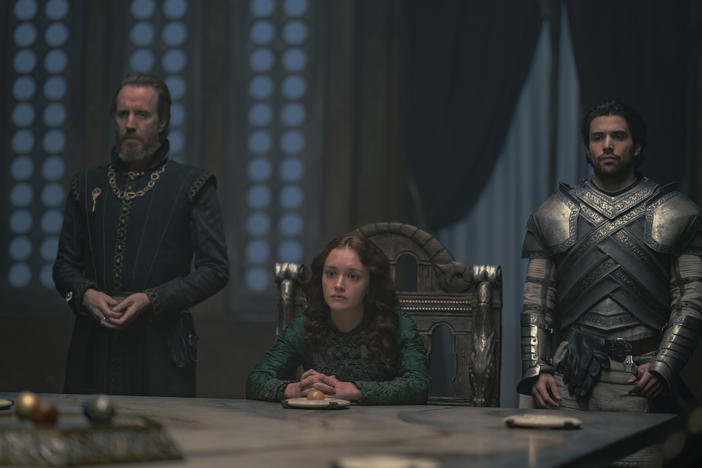 'House of the Dragon' episode 9: In King's Landing, a king's missing

In the ninth episode of HBO's Game of Thrones spin-off, usurpation, consternation and coronation. Plus an extended round of Where's Aegon?