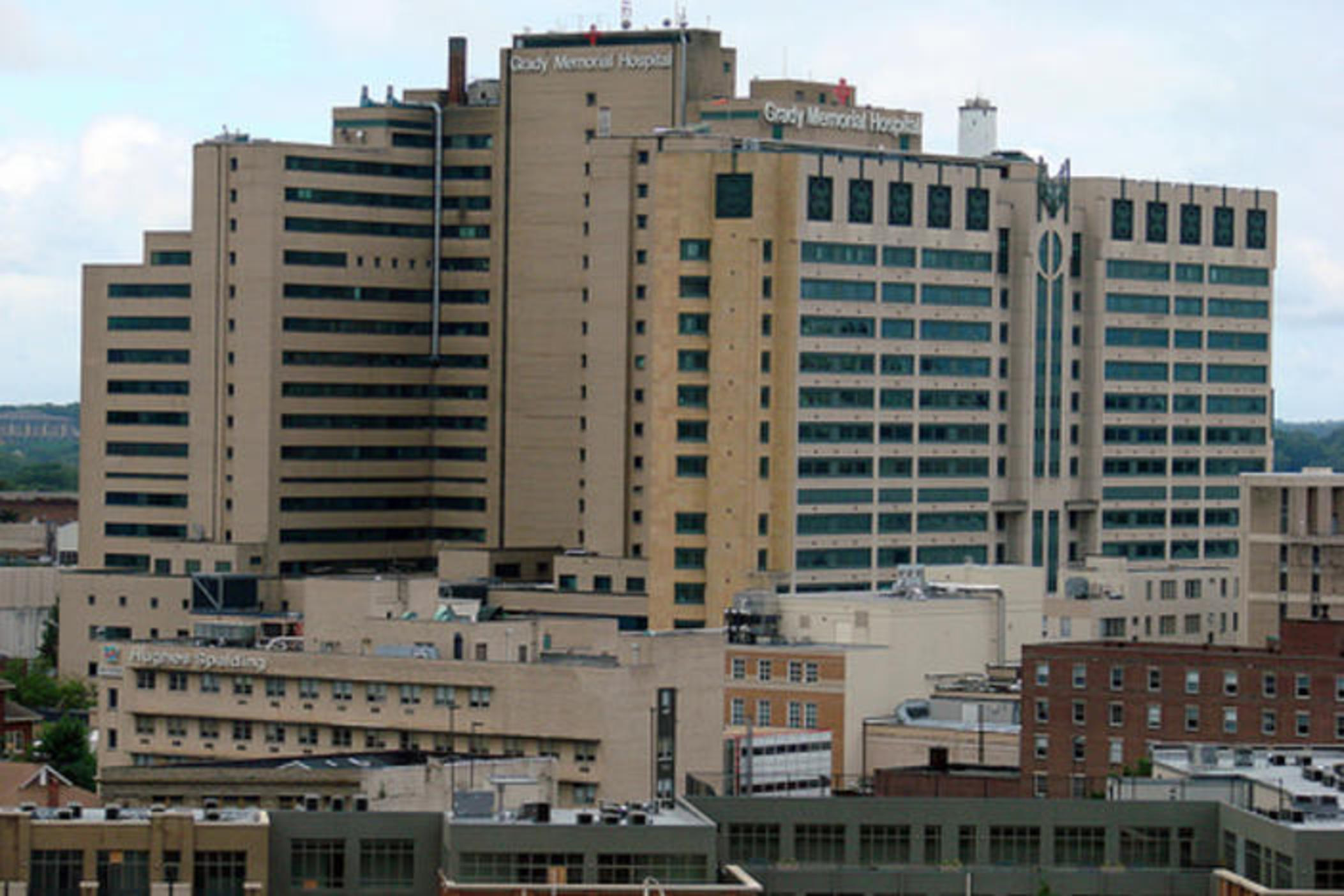 The move comes as the hospital prepares for the November closure of the city's only other Level 1 trauma center, Wellstar Atlanta Medical Center.

Speaking at the Capitol, Kemp said the funding will help create 200 inpatient beds at Grady Memorial Hospital next year, as the hospital braces for an influx of patients, among those underinsured and uninsured.

“What our team's desire was to come together with these partners to fill the gap that's been left by AMC closing,” Kemp said. “This plan does that.” 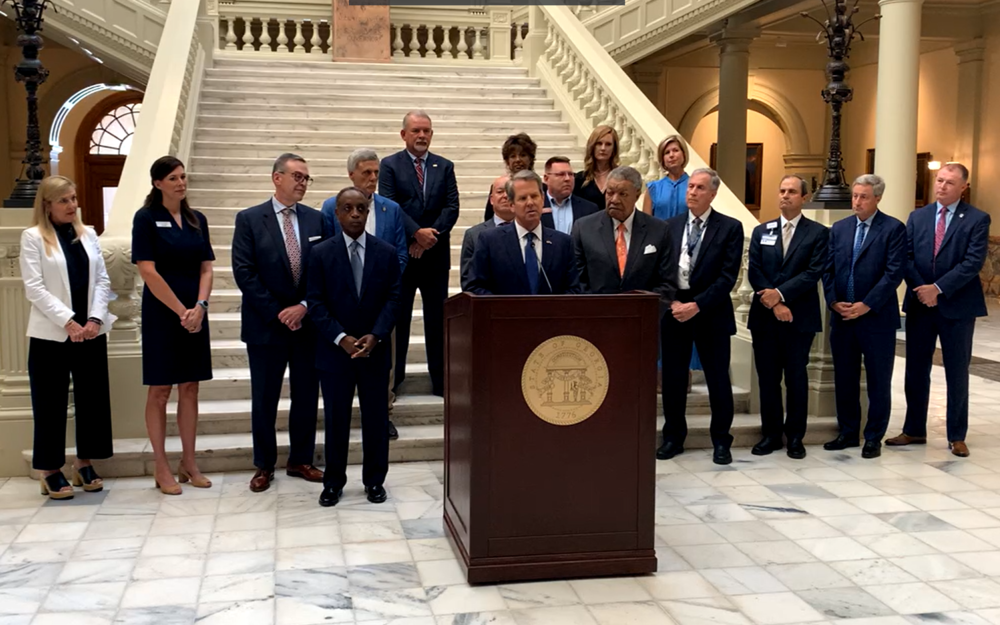 Governor Brian Kemp stands with state and city leaders on Sept. 15 to announce over $100 million to help Grady Health System.

Grady will also have immediate access to a temporary medical unit with 24 patient rooms.

Kemp's Democratic opponent for governor, Stacey Abrams, has seized on hospital troubles as a campaign issue. Abrams has criticized Kemp for refusing to expand Medicaid, which she argues would shore up hospital finances.

“During his leadership, we've lost six hospitals in the state of Georgia,” Abrams said at a recent campaign stop. "But this is a solvable problem."

Kemp rejected that argument at the press conference.

"We have added over 600,000 Medicaid patients to the rolls,” Kemp said. “So if that was the solution, then why did the hospital close? … And they're blaming this on Medicaid expansion.  They are not being truthful."

Both the new money for Grady and the increase in Medicaid rolls over the past two years come largely from federal COVID-19 relief.

Last week, the Fulton County Board of Commissioners committed $11 million in immediate relief to the hospital to cover “unexpected labor costs,” reported CBS 46. That comes after over $60 million from the annual budget.

While all this funding is helpful for the “short-term,” Pitts said county and state leaders also need to talk about long-term solutions.

“Filling that void, in my judgment, is going to require a new facility,” Pitts said.

County leaders estimate Atlanta Medical Center has about 200 patients come through its emergency room per day.

In a statement from Wellstar Health System from Sept. 1, it reported losses of $107 million just last year. Wellstar cited financial concerns earlier this year, when it closed the emergency department and hospital beds at AMC South in East Point. 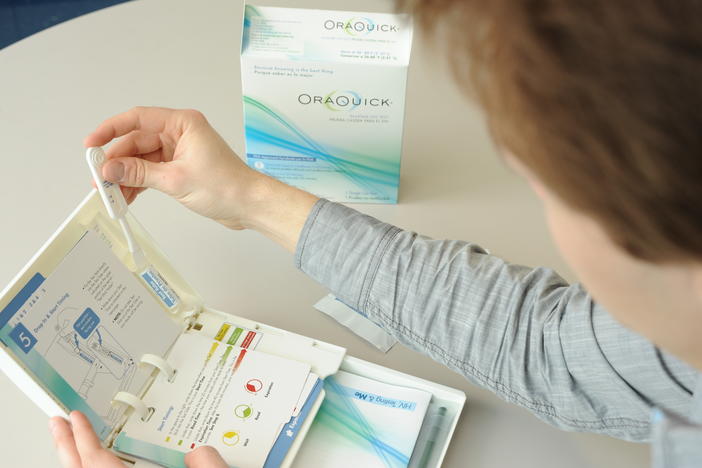 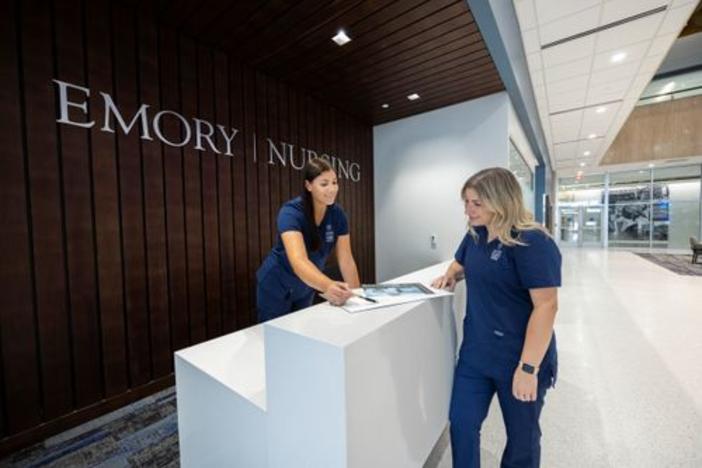 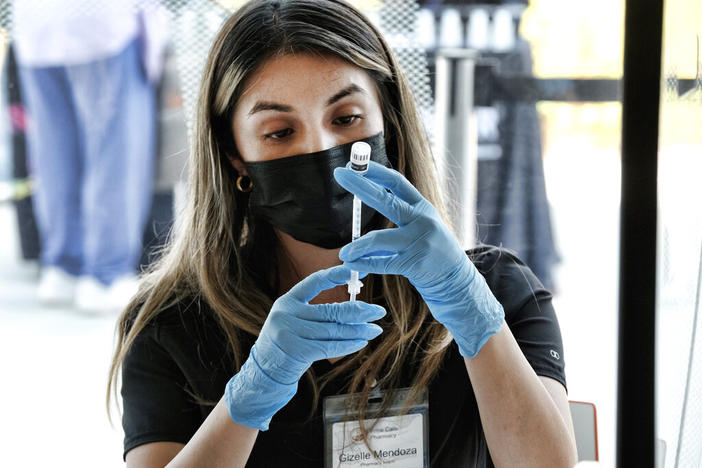 "We have had a few cases that have occurred among children," she said. "These children actually were close household contacts of known monkeypox cases, but we've only seen less than a handful of these pediatric cases."