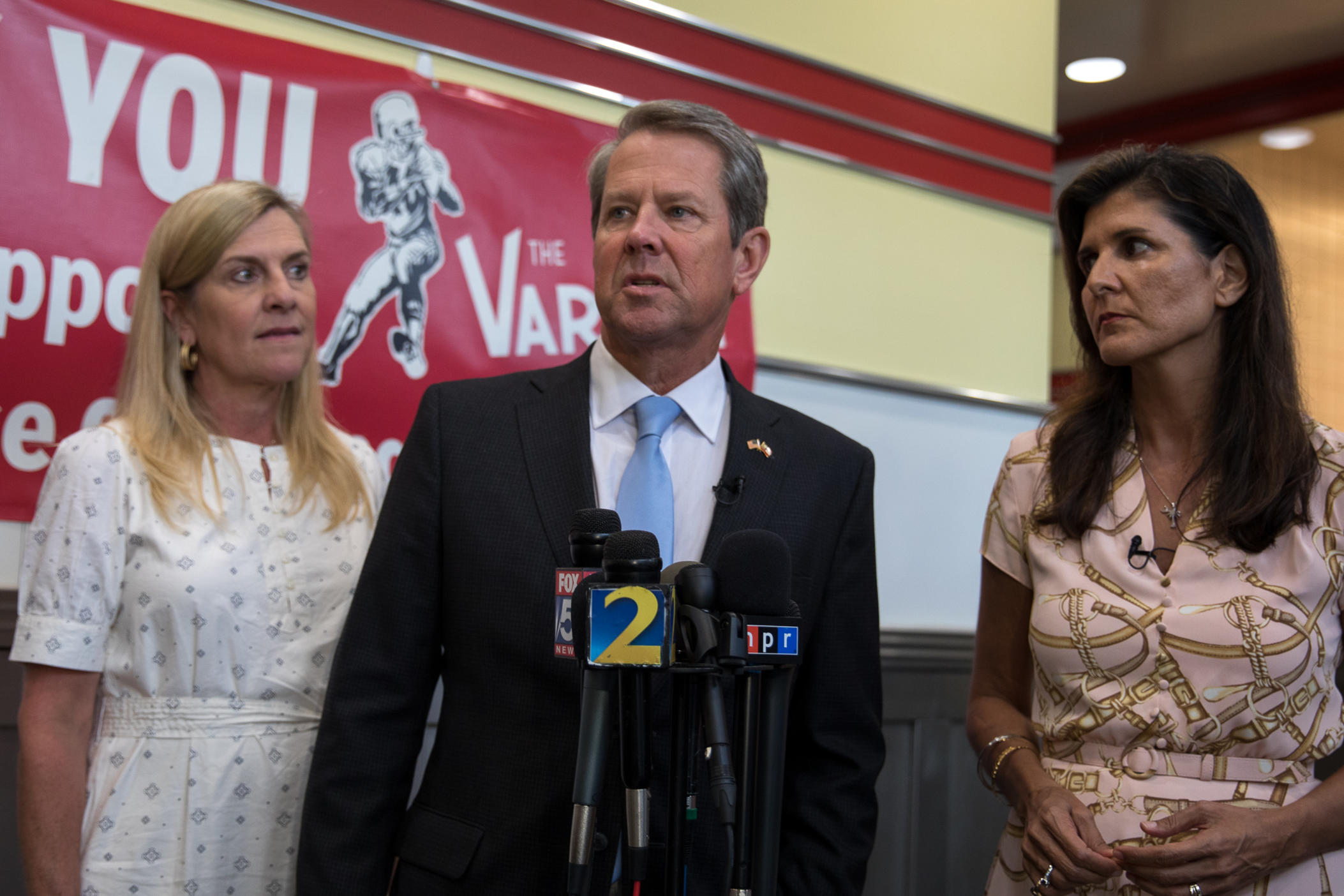 Georgia’s strict abortion law has become the height of controversy and the center of political statewide campaigns after the Supreme Court decided to dissolve federal abortion protections in June.

The ruling overturned Roe v. Wade — getting rid of nearly 50 years of abortion rights — and handed the power to make decisions on the issue back to states.

In Georgia, that meant the state’s 2019 abortion law, that had been held up for three years in the courts, was given the green flag to take effect after a federal appeals court judge decided it was lawful.

The newfound power of states to create the rules around abortion care has cast an even brighter spotlight on the governo'rs race where incumbent Republican Gov. Brian Kemp will face high-profile Democrat Stacey Abrams in a rematch in November.

At a campaign stop at The Varsity in Atlanta on Friday, with former U.N. ambassador and South Carolina Gov. Nikki Haley, Kemp addressed the controversial Supreme Court ruling.

“The Supreme Court threw the decision making back to the states, and I think they got the ruling right from a strict textualist view of the Constitution,” he said. “As you all know, we passed a bill, our heartbeat legislation in 2019 that Georgians have known about for over three years now.”

Kemp pointed to the state’s efforts to bolster the foster care system, create protections for human trafficking victims and pass sweeping legislation to address the dire state of mental health.

“We have been on the forefront of fighting for life,” he said. “And I think most Georgians agree with that, even if they may disagree with when you should make an abortion illegal or not.”

Polling shows a majority of Georgians don’t support the state’s law, which bans most abortions around six weeks of pregnancy and includes controversial language that gives an embryo and fetus legal rights.

According to an Atlanta Journal-Constitution poll, more than half of Georgia voters oppose the law. But it is unclear what impact that will have on the ballot box.

Abrams is betting that anger over the law will push her base to the polls and give her a much-needed edge to win over some moderate and swing voters.

Her campaign has flooded airways with deeply personal messages from women about the potential negative impacts of the law. One point of confusion is whether or not a woman who has a miscarriage can be charged with murder — although the law does say miscarriages are legal.

Kemp slammed opponents of the law for misleading voters.

“There's been a lot of lies and mistruths told about what our legislation does,” he said. “I would urge Georgians to make sure and get the truth.”

Democrats pushed back with the fact that the vaguely written law leaves more questions than answers.

“Kemp has repeatedly refused to answer critical questions on how his extreme ban could lead to investigations of women and prosecutions of doctors for seeking and providing abortion care — and Georgians deserve answers,” Max Flugrath, spokesman for the Democratic Party of Georgia, said in a statement.

Haley stood with Kemp during his press conference on Friday. The potential 2024 presidential contender also praised the Supreme Court’s decision to let states decide abortion care for their residents.

“For every person, it's personal, whether you're pro-choice or you're pro-life,” she said. “And that's why I think it was so important that we not leave it to unelected justices to make that case for us.”

But the ruling did not bode well in deeply conservative Kansas. Voters recently turned out in droves to vote down a state constitutional referendum that would have dissolved abortion rights.

Haley conceded that the moment was a disappointing loss for Republicans.

“I would love to see Kansas go all pro-life," she said. "It didn't because the people stepped up and they made the decision in Kansas — just like the people are making a decision in Georgia and South Carolina. And so anything that says close to the people is where it needs to be.”

On the campaign trail, Georgia Republicans have worked to keep the focus elsewhere and leverage disapproval with President Joe Biden and the national economy as their go-to rallying cry to voters.