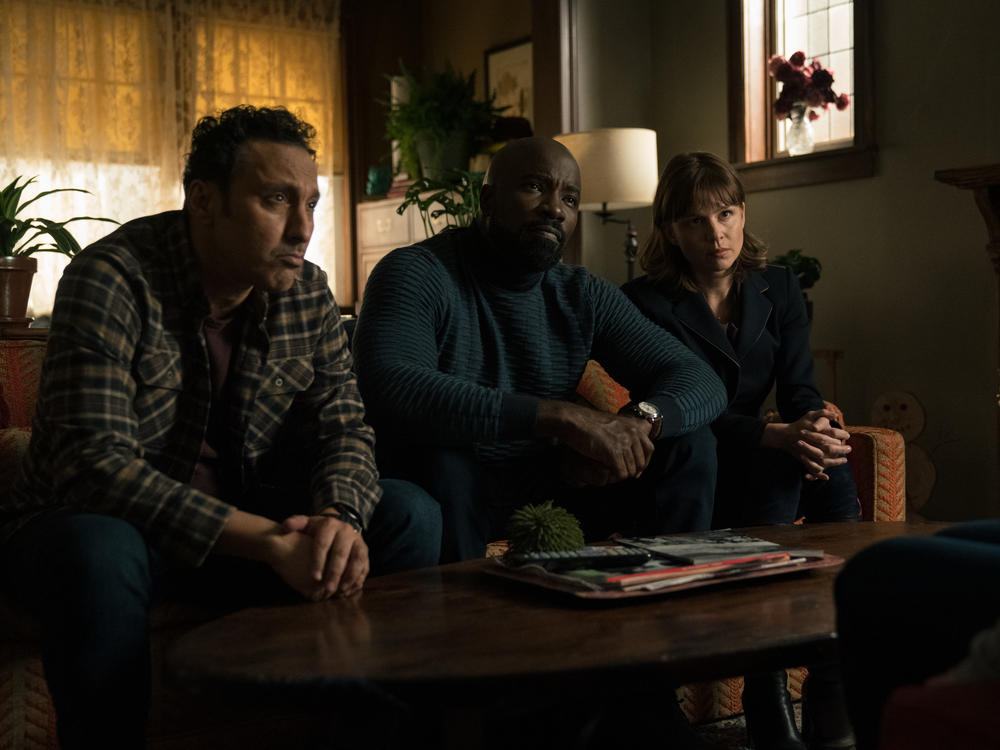 This week, we learned more about what color dinosaurs were, Batgirl got the axe, and Supreme Court Justice Ketanji Brown Jackson was honored with her own bobblehead.

I'm always complaining that the wrong movies in the last generation got turned into franchises, and I think the people at the Criterion Collection agree with me because they have finally brought out Carl Franklin's wonderful Devil in a Blue Dress in a 4K edition.

The 1995 film is based on Walter Mosley's series of more than a dozen novels that follow a Black World War II veteran, Easy Rawlins, played by Denzel Washington. After the war, the airplane factories in Southern California close, so he's out of work and sort of falls into becoming a private detective. It's not anything he goes out looking for, but he turns out to have a talent for it.

This is a way for Mosley to look at race relations, both in that time and through subsequent decades, because this character ages throughout the novels. I just keep thinking about how great it would have been for Denzel and the director, Carl Franklin, to get together every three or four years and do another one of these, from then to now. I would love that so much, but we only got the one from 1995.

This is the first movie that Don Cheadle, who plays Mouse, really got noticed in. Tom Sizemore is also in this, and Jennifer Beals is sort of the femme fatale. It's a really wonderful movie that should have been a franchise, and it looks spectacular in the new 4K Blu-ray. — Chris Klimek

Evil on Paramount+ is a psychological mystery that follows a female psychologist, a priest-in-training, played by Mike Colter who you'll know from Luke Cage, and their skeptical tech dude. The three of them are hired by the Catholic Church to investigate demons, demonic possessions, and other evils like that in the world.

I like it because it's all the best parts of a police procedural, but without the cops. So if you like the "mystery/ demon/ monster of the week" format, I would highly recommend this show. As the seasons have gone on, it's gotten more cerebral. Now it's dealing with themes of who is evil, what makes us evil, if someone predestined to be evil from birth, and what that all means.

It's a really good show, and it's good at being creepy while also asking some really interesting questions about the Catholic Church. It tows the line between being skeptical of all the supernatural stuff that's happening in the show while also giving you just enough plausibility that these things could happen. Could it be demons, or is it just drugs or something else? — Mallory Yu

"The 50 Greatest Fictional Deaths of All Time"

My Happy this week comes from my old stomping grounds over at Slate. My former colleague Dan Coates, along with other employees at Slate, put together a collection of the best fictional character deaths, spanning everything from books, movies, TV, comics and theater.

You've got everything from the samurai in Rashomon to the Wicked Witch of the West to Ellie from Up. There's no Mufasa, which I find quite striking, but it's a fun read. There are also some additional articles, including one by Chris Molanphy that lists the top five best mobster movie deaths.

There's only three movies that are featured in that, but when you look at the list, it makes sense why it is those movies that you expect to be on that list. — Aisha Harris

You Were Never Really Here

Over the weekend, I watched a 2017 film that got some good write-ups at the time, but it just missed me for some reason. It's called You Were Never Really Here, in which Joaquin Phoenix plays a mercenary hired to rescue a politician's daughter who's been caught up in a trafficking ring.

It's an action movie, I guess you'd say. It's a thriller, but it's not as lurid or as cheesy as the plot would suggest. It's not Taken. It's directed by Scottish director Lynne Ramsay, who did We Need to Talk About Kevin. Like that film, this one is about the lingering wounds that violence leaves in the world and how it ripples out.

It's plenty violent, but it doesn't delight in that violence. And it takes a while to realize that she doesn't really show you the violence itself; she focuses on the aftermath. On a plot level, there's lots of twists and turns you won't see coming, and it manages to be thoughtful about how it uses violence.

Of course, it's unfair to compare it to Bullet Train. They're not trying to do remotely the same thing, but it was just interesting to me to realize that violence in that movie and in this one don't even seem like the same thing. One is window dressing, while the other is the very complicated subject of the film. — Glen Weldon

I spent some time this week reading the Anthony Marra novel Mercury Pictures Presents, and it's wonderful. It's about old Hollywood and about war, but also family, and struggle, and dreams of your future. Among other things, despite the fact that it's sometimes a very sad book, it's also a very, very funny book over and over again —-- a quality I very much appreciate in these times. [Note: This book is published by an imprint of Penguin Random House, which is also my publisher.]

I probably don't need to make this sale, but there's a new season of Reservation Dogs on Hulu this week!

I've been enjoying the new season of the podcast Chameleon, which is called Scam Likely. It's about tracking down the people behind some basic phone scams designed to separate people from their money. I never get tired of an exploration of how ripoffs work, and neither do the folks who work on this show. 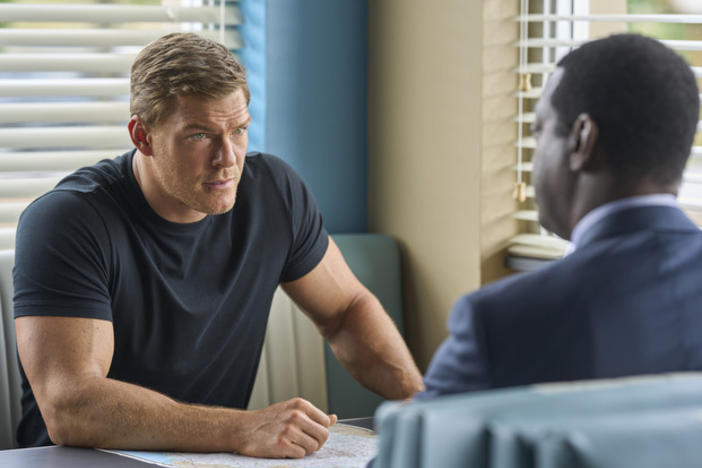 What's making us happy: A guide for your weekend reading and viewing

Each week, the guests and hosts on NPR's Pop Culture Happy Hour share what's bringing them joy. This week: The Secret History, a Futurama reboot and more. 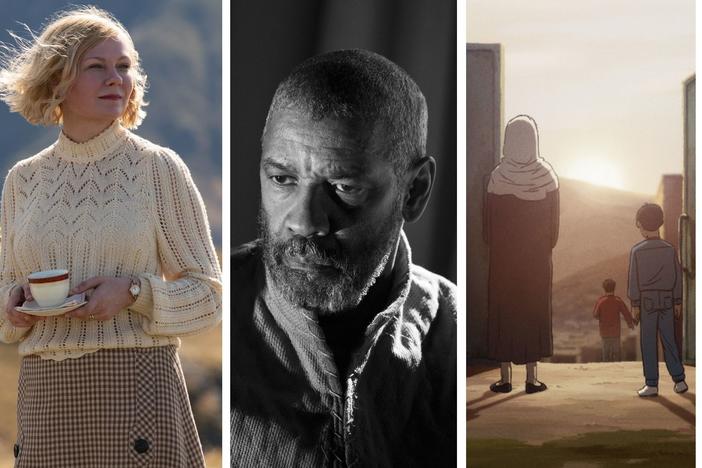 Fears of an #Oscarssowhite redux go largely unfounded in this year's acting nominations, and the actress categories provided some real surprises. The battle for best picture will be fascinating. 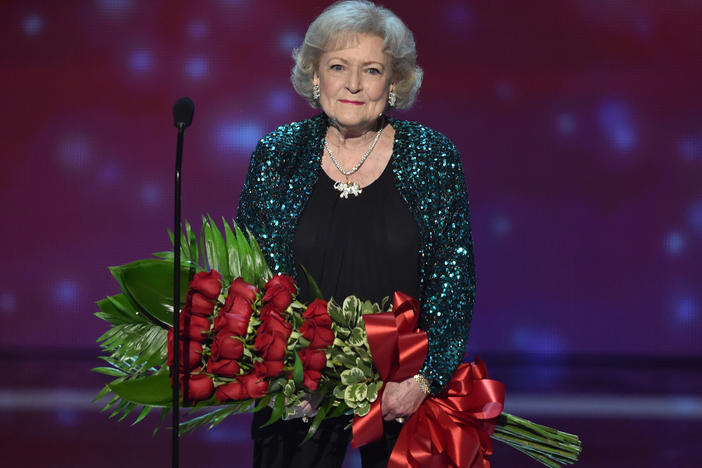 Betty White was smart and sharp, sexy and versatile, for decades. Anyone who saw her as just a salty-mouthed grandma missed out.