The three white men convicted of killing 25-year-old Black jogger Ahmaud Arbery because of his race are due back in the Brunswick federal courthouse on Monday for sentencing. GPB's Benjamin Payne reports. 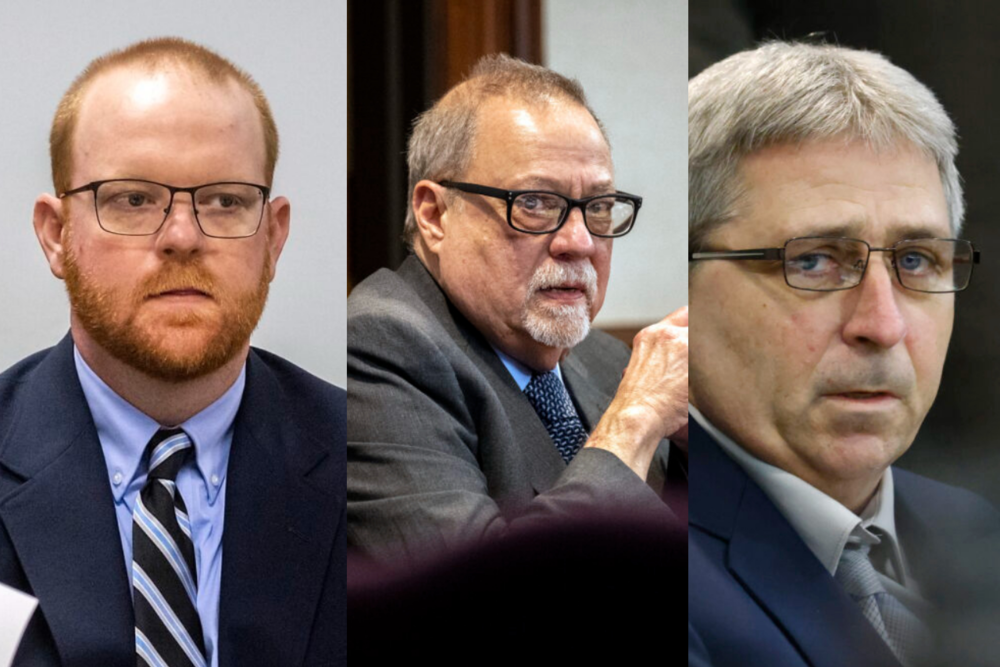 The three white men who murdered 25-year-old Black jogger Ahmaud Arbery in 2020 outside Brunswick are scheduled to be sentenced Monday for their federal hate crime convictions.

Travis McMichael, his father Greg McMichael, and neighbor William “Roddie” Bryan are already serving life sentences, after they were found guilty in a separate state trial last year of murdering Arbery as he was running through the Satilla Shores neighborhood in Glynn County.

The three men could each face an additional life sentence, after a federal jury in February found that they killed Arbery because of his race. They were also found guilty of attempting to kidnap Arbery. Additionally, the McMichaels were convicted on firearms charges.

U.S. District Judge Lisa Godbey Wood will hand down their sentences in separate hearings at the Brunswick federal courthouse, beginning with Travis McMichael at 10 a.m., then Greg McMichael at 1 p.m., and Bryan at 3 p.m.

Before the hate crimes trial began, Wood rejected plea deals that prosecutors offered to the McMichaels, which would have seen them serve time first in federal prison, which is generally seen as preferable to Georgia's state prisons.

Brunswick-based attorney Page Pate, who is not involved with the case but has practiced federal law for more than 25 years, told GPB News that the terms of those proposed plea deals were highly unusual.

“I cannot think of a single time where I've even had discussions about having the person's federal time basically take priority over state time, when there's been a prior state conviction,” Pate said. “That almost never happens in federal court.”

The court-appointed attorneys for the McMichaels have each filed motions asking Wood to sentence their clients to federal prison, in the interest of their safety.

“[Travis McMichael's] concern is that he will promptly be killed upon delivery to the state prison system for service of that sentence,” attorney Amy Lee Copeland wrote. “He has received numerous threats of death that are credible in light of all circumstances, and the [federal] government has a pending investigation into the Georgia [Department of Correction's] ability to keep inmates safe in a system where murder rates have tripled.”

Greg McMichael's attorney, A.J. Balbo, also argued that his client's “age and poor health demand a heightened level of care,” citing the 66-year-old's heart disease and depression, among other ailments: “It is quite clear that access to medical professionals and care is historically greater on the federal level than the state; the Department of Justice’s ongoing investigation into Georgia prisons supports this contention.”

Balbo's motion also included a letter written by Greg McMichael's wife, Leigh McMichael, asking for leniency: “This is not a man who would chase someone and kill that person because of the color of the person's skin. Greg is a devoted and loving husband, Father and Grandfather. Greg loved his community and Country and served to protect both through his Military career and Law Enforcement career. Although Greg has dealt with some pretty evil people, He believes that most people are good no matter of race.”

The McMichaels' attorneys earlier filed motions for acquittal, which Wood denied in an order issued Thursday: “The McMichaels argue that there is insufficient evidence to support any of their convictions. They are wrong.”

The motions for acquittal argued in part that the roads on which the men chased and killed Arbery were not public streets, which is a necessary element in the hate crimes statute that prosecutors charged the men under.

Wood wrote in her order that “Glynn County may not have originally built the streets, or even accepted them when they were first offered, but the testimony and records regarding the use of county resources to maintain the streets provide ample evidence that Glynn County treats the streets of Satilla Shores as public — and, in fact, undertakes to keep them in working order.”

In 2016, Wood gave a lecture on sentencing at her alma mater of the University of Georgia School of Law, in which she said, “More than any other area of law, sentencing holds up a mirror to society and shows us who we are.” 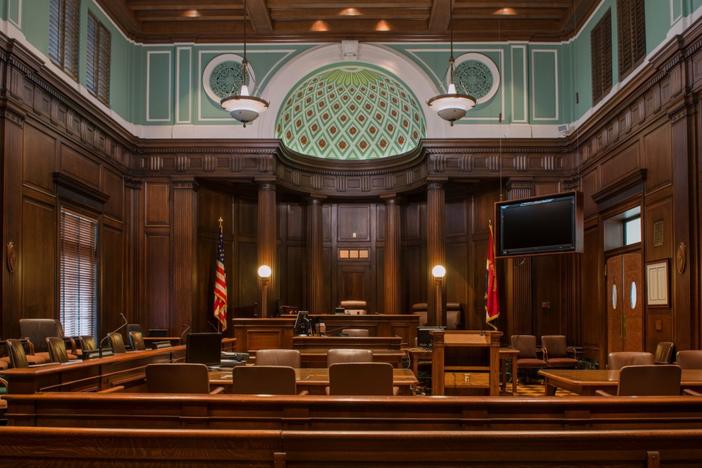 The Southern District of Georgia is one of just three federal court districts in the U.S. without a public defender. Sen. Jon Ossoff is seeking to change that.