How people, pets and infrastructure can respond to extreme heat 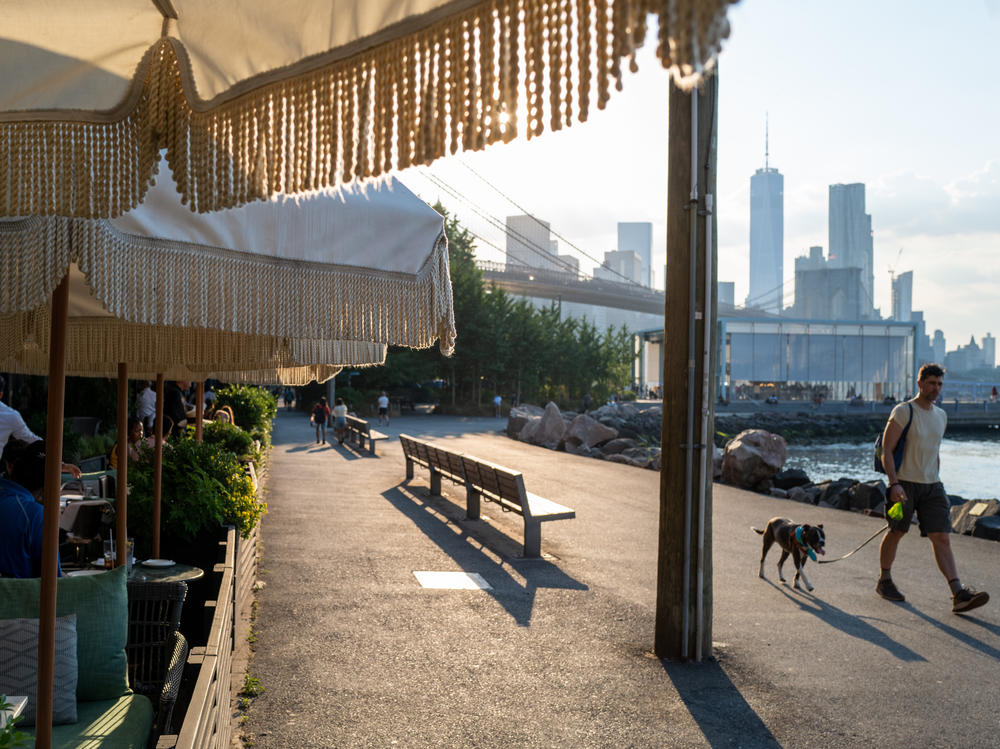 People walk along the East River in Brooklyn, New York, as temperatures reached into the 90s on Wednesday.

Extreme heat continues to blanket much of Europe and North America, with some 55 million people across the U.S. facing either heat warnings or advisories as of early Friday and weekend temperatures predicted to reach triple digits in many regions.

"So far this week, 60 daily high temperature records have been tied/broken as dangerous heat enveloped much of the nation," the National Weather Service Prediction Center tweeted Thursday. "More records are likely to be set over the next week."

That appears to fit with the larger trends, since climate change is making heat waves (as well as droughts and floods) more frequent and intense. And many American adults report that they have personally felt the effects of extreme heat — from health issues to higher electricity bills — in the last several years.

It's not too late for nations and industries to take action to stave off the climate crisis, as a U.N. report found earlier this year. In the meantime, on scorching summer days, it's especially important for people to take steps like these to keep cool, mitigate health risks and know what symptoms to watch for.

NPR's Morning Edition and All Things Considered spoke with experts in various fields about what you can do to protect yourself and your loved ones, from furry friends to younger kids.

You may not want to go outside when the temperatures are verging on 100 degrees. Frankly, your dog may not want to, either. But they still have to take walks and bathroom breaks.

So what can dog and cat owners do to keep their pets safe during bouts of extreme heat?

Woon says it's important to choose the right time of day to venture out, and avoid doing so in the midday hours when the sun is at its highest and hottest point (its rays are typically strongest between 10 a.m. and 4 p.m.).

She also recommends feeling the pavement with the back of your hand to see whether it's too hot for your dog's paws to tolerate.

"We sometimes think that they can walk across any surface and fare well, but actually, they can be quite sensitive," she adds.

And what if Fido loves to partake in that classic, dog-days-of-summer activity of laying out in the sun?

Woon suggests bribing dogs inside the house with treats during those especially hot times of day, since they can be susceptible to sunburn and even skin cancer.

As for cats, Woon says the key is making sure they have options. That means ensuring there are different shady areas that they can retreat to as well as multiple available sources of water, since it can evaporate in extreme temperatures.

And while panting is a normal way for these animals to eliminate heat, Woon says to pay attention if it starts to seem excessive.

"When you notice that your dog is panting excessively, you really want to take that as a warning sign that they may be overheating," she says. "Even things like being somewhat disoriented or maybe their expression, their eyes are a bit glazed over, those can be signs that they're just not compensating with the heat conditions. And it's always important to just encourage them to remain inside during those really hot, sunny periods." 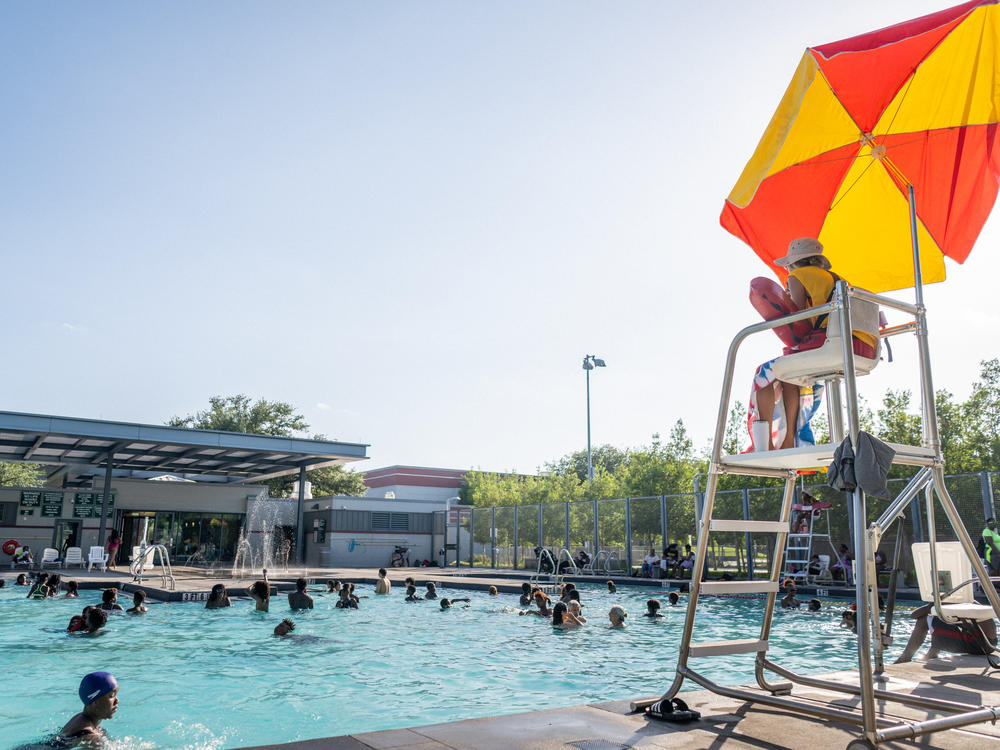 A lifeguard watches over people swimming at the Emancipation Swimming Pool in Houston City on Tuesday.

Extreme heat can affect the human body in several ways, explains Dr. Aaron Bernstein, a pediatrician and the interim director of The Center for Climate, Health, and the Global Environment of the Harvard T.H. Chan School of Public Health.

It makes people sweat more, which can lead to dehydration. Plus, rising body temperatures can threaten the heart, lungs, brain, kidneys and other organs.

"And so what we see as a consequence of those things is certainly people who have existing heart problems, lung problems, kidney problems, even mental health issues, they get sicker," Bernstein says. "And even for people who are in generally good health, the heat can be really dangerous if we don't pay attention."

Certain groups are disproportionately affected by extreme heat, including infants and children, adults over 65, outdoor workers, people with chronic conditions, athletes and people with low incomes.

Communities of color, particularly Black and Hispanic Americans, tend to live in parts of cities that are warmer than surrounding areas because they lack green space, Bernstein says, calling that a "direct consequence" of government redlining policies dating back nearly a century.

"It's no longer legal, of course, to do that, but the consequences in terms of heat exposure are real," he adds.

Bernstein also notes that all of these problems are exacerbated by the higher temperatures we see as the climate warms. A child born in the U.S. today is likely to experience four or five times as many dangerous heat waves as one who was born in 1960, he says.

Bernstein says that parents should try to do their best to keep their kids safe without keeping them indoors all summer.

"I think we need to balance what are immense benefits, particularly in summer, of children getting out, exercising, doing all those things, with being careful about temperatures that ... as this current moment in time makes abundantly clear, are much higher than they have been," he says.

Bernstein adds that action to reduce the greenhouse gases that are warming the climate is needed to protect children's health. And he's optimistic about possible solutions.

"Because the warming has been so much because of how we have built our communities, that means we can reverse it," he says. "That means we can make great strides to preventing harm and to advancing health equity when we are strategic in how we think about transforming urban environments."

Cities can (and should) adapt to climate change

There are also steps that builders and architects can take to help cities adapt to rising temperatures.

Brigitte Clements of the Architects Climate Action Network says the approach has two parts: reducing thermal absorption (or the rate at which something gets hot) and integrating natural cooling strategies.

She points to natural processes that have been in use for ages, like making sure there's cross-ventilation to move air through buildings or using only reflective or white roofs (since black absorbs more heat). For example, she says many buildings in Greece have white roofs, and parts of Australia have banned dark roofs completely.

But the biggest intervention Clements advocates for is also one of the most straightforward: evaporative cooling, aka plants.

Plants transpire, releasing water vapor into the air through their leaves, and that process has a cooling effect. So having more greenery in cities and on buildings — such as in the form of green roofs — can reduce temperatures significantly.

"Green roofs have, in summers, a benefit of reducing indoor temperatures by up to 5 degrees centigrade," or 9 degrees Fahrenheit, she says.

Clements points to Basel, Switzerland, where green roofs make up about 40% of roof surfaces as the result of a government initiative started about two decades ago.

"They basically asked the residents, what would you think about having a 5% levy on our energy bills to help subsidize green roofs in Basel for all new builds and retrofit of flat roofs?" she explains.

So what's preventing governments in places like the United Kingdom — which saw its hottest day ever this week, sparking dozens of fires and major infrastructure disruptions — from implementing similar measures?

Clements says that a cultural transformation and mindset shift is needed, and that this week's heat event could be getting people to take the threat more seriously.

"But ultimately, we can't rely on the goodwill of people," she says. "We need the government to have a strong leadership and create policy and legislation to help guide us through this and with very, very clear and quantifiable goals and targets." 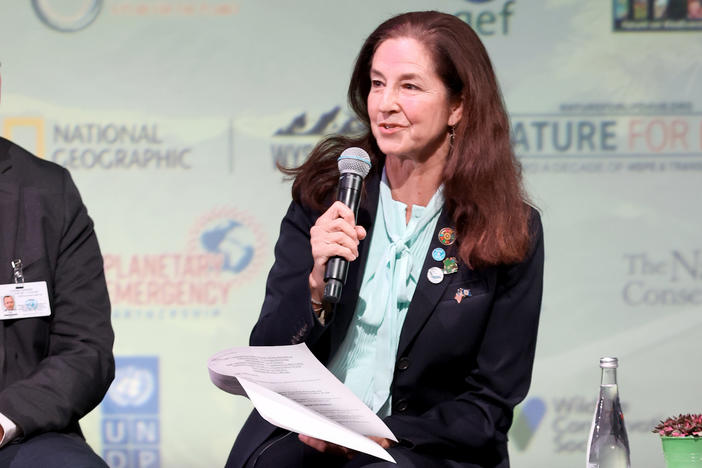 Threats to water and biodiversity are linked. A new U.S. envoy role tackles them both

"The loss of nature and rising water insecurity are global health threats that must be confronted together," Secretary of State Antony Blinken said. 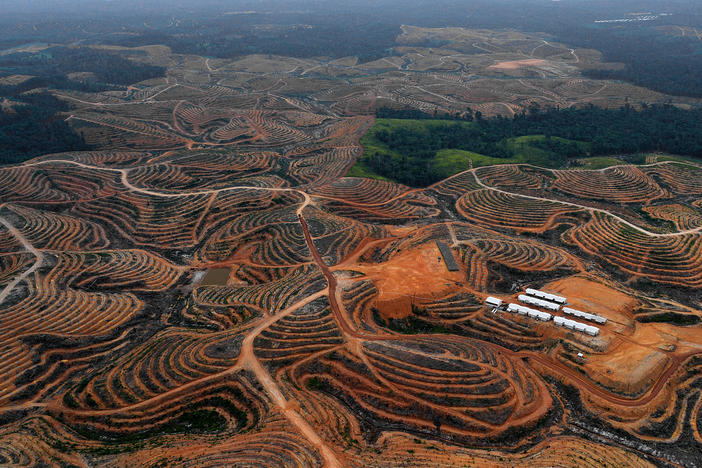 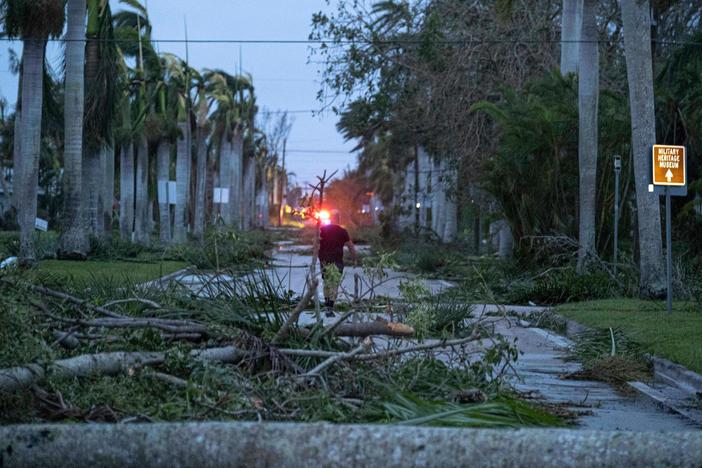