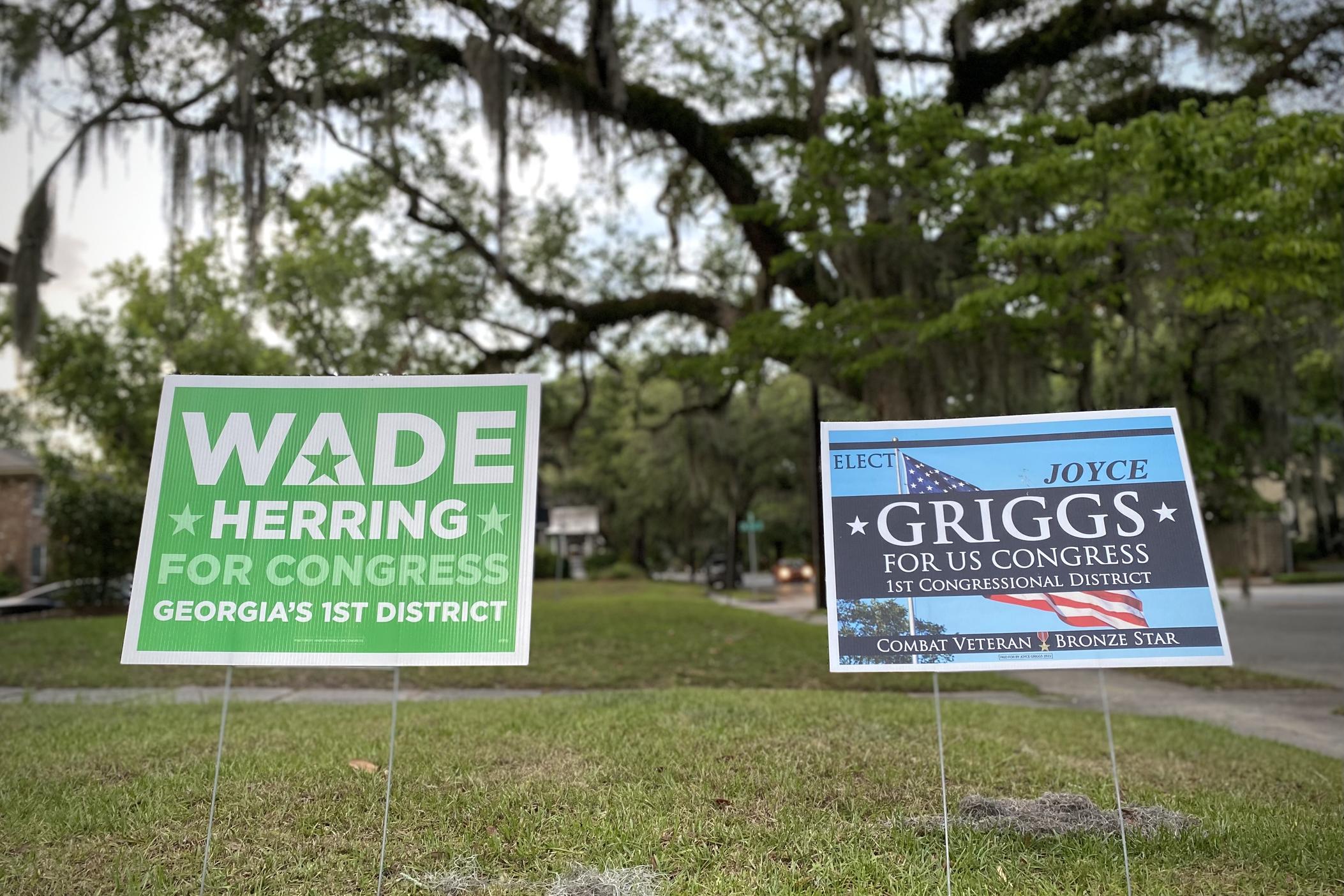 Caption
Yard signs for Wade Herring and Joyce Griggs are displayed outside an apartment building in Savannah. The two Democrats are running for Georgia's 1st Congressional District, and face each other in a primary runoff election on Tuesday, June 21.
Credit: Benjamin Payne / GPB News

A GPB investigation has found that Joyce Griggs — one of two Democratic candidates in the  primary runoff election for coastal Georgia's 1st Congressional District — did not file her candidacy with the Federal Election Commission until after the May primary election.

Griggs — a retired Army intelligence officer who will face Savannah-based business attorney Wade Herring in a runoff election on Tuesday — filed a statement of candidacy form with the FEC on June 9, 2022. Herring filed his on May 15, 2021.

FEC rules require candidates running for federal office to file their statement of candidacy within 15 days of raising and/or spending more than $5,000.

According to the FEC, Griggs exceeded that amount months ago. In a letter to Griggs dated Aug. 24, 2021, the FEC stated that the Task Force Griggs for Congress committee “appears to have received contributions and/or made expenditures in support of your 2022 candidacy in excess of $5,000.”

The letter went on to state that Griggs should either disavow the funds within 35 days or state her candidacy.

In an interview with GPB News, Griggs said that Task Force Griggs for Congress was a past committee from previous campaigning. (Griggs also ran for Congress in 2020 and 2000.) However, FEC records indicate that the committee received contributions as recently as December 2021.

When asked why she did not file a statement of candidacy until June Griggs said, “No, we filed that, gosh, early part of the year so, I don't know why that's showing up. But we filed early on.”

Despite that, Griggs was unable to provide documentation to support her claim of an earlier filing.

Griggs also spoke about policy, including her stance on abortion. She said that she supports a woman's right to choose. However, she has also been endorsed by Democrats for Life, which opposes abortion rights.

“A woman, if she chooses to have an abortion, it's between her, her doctor, her God and whoever's involved in her circle,” Griggs said. “Bottom line, like I've always said, I don't want anyone to tell me what I can do with my body, like so many other women.”

Her challenger, Wade Herring, told GPB News that he supports abortion rights: “I am pro-choice. Women can be trusted to make the right decisions about their health care. And so I would work for federal legislation in the event that Roe v. Wade is reversed.”

Herring said that he decided to make his first run for political office on Jan. 6, 2021, after the deadly attack on the U.S. Capitol by supporters of then-President Donald Trump who sought to block the certification of President Joe Biden's victory. Buddy Carter, who has represented Georgia's 1st District since 2015, was among the 147 Republicans who voted that night to overturn the election.

“It was a fundamental violation of his oath of office to protect and defend the Constitution,” Herring said. “There were absolutely no facts then, and there are no facts now, to support in any way that the election was a fraud or stolen or anything like that. It was clear that it was about politics and his loyalty to Donald Trump.”

Griggs was the top vote-getter in the May primary, garnering nearly 49% of the vote, 636 votes short of the majority required to win the Democratic nomination outright and avoid a runoff. Herring received 38% and Michelle Munroe received 13.4%.

Carter, who ran uncontested in the May primary, is seeking his fifth term in office. Georgia's 1st Congressional District — which covers Savannah, Brunswick, and other parts of southeast Georgia — has not been represented by a Democrat since 1993. 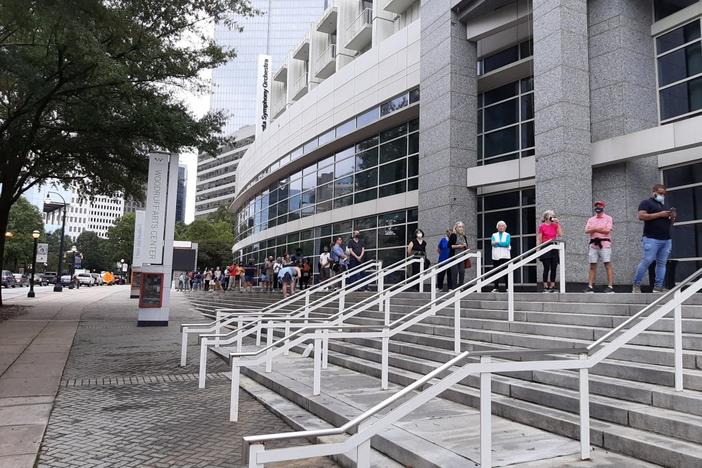 Over the next several weeks Georgians will cast ballots for the May 24 primaries that will determine the Republican and Democratic nominees for governor, U.S. Senate, congressional districts, secretary of state and other tests of the state’s budding battleground status.