The viability of ECMO as a last-ditch treatment for COVID

ECMO machines became a last-ditch treatment for COVID. But only half of the patients who got ECMO survived, raising questions about whether this expensive and hard to access treatment is worth it.

For critical COVID patients, ECMO is a risky last-ditch treatment where a machine does the work of the heart and the lungs. But only half of COVID patients who are put on ECMO survive, a statistic that hasn't really improved since the early days of the pandemic. That has led some to question whether ECMO is always worth using since it is expensive and hard to staff. But as Blake Farmer of member station WPLN in Nashville reports, a new study indicates that ECMO is much better than the alternative.

JAMES PERKINSON: It feels great. It's a miracle that I'm even able to have this second chance.

FARMER: The machinist from Greenbrier, Tenn., with a wife and two young children spent nearly two months having his blood piped out of his neck. The blood flowed to the ECMO unit, which infused it with oxygen, took out the carbon dioxide and sent it back into his body.

PERKINSON: If it wasn't for that, I wouldn't even be here right now.

FARMER: Perkinson was a great candidate since he's only 28 and, prior to falling ill with COVID, relatively healthy. But hospitals have had difficulty deciding who gets priority when ECMO's in short supply. It's not an exact science, and there are precious few ECMO beds, especially when some patients linger for months on the machine only to die. Whitney Gannon's a nurse practitioner at Vanderbilt.

WHITNEY GANNON: I think there's a lot of discouragement that occurs when you go into, like, pouring so much of yourself in trying to save this person's life and they don't survive.

FARMER: ECMO patients require a small village of nurses and respiratory therapists, which is why hospitals have been hesitant to expand ECMO centers. During the delta variant surge late last year, there was a mad scramble across the South to find ECMO beds. Gannon would field a dozen transfer requests a day, sometimes from desperate loved ones of dying patients.

FARMER: But Gannon grew curious about those she turned down, especially if they were young and healthy enough to have a good shot. It was a rare chance to see how the roughly 50/50 survival rate on ECMO stacks up with those who should get ECMO but can't. So she helped launch a study.

GANNON: We wanted to know, is this patient truly medically eligible for ECMO? Would we provide ECMO? And if we didn't, we wanted to know what happened to that patient.

FARMER: The results are grim. Ninety percent who couldn't find a spot at an ECMO center died. While tragic, the figure confirms that more capacity could save lives. Dr. Jonathan Casey, who's the senior author, says the paper also builds the case for coordination, something akin to the organ transplant system. Only the largest medical centers offer ECMO, and even a giant like Vanderbilt has just seven beds running.

JONATHAN CASEY: I hope findings like this lead to investment in regional infrastructure to make sure that we're distributing this resource equitably instead of using individual criteria by a hospital.

FARMER: Some hospitals will agree to try ECMO on someone over 70 if the family pushes hard enough. Others turn down patients over 50, especially if they have underlying diabetes or heart disease. There are some small-scale cooperative efforts underway. In Minnesota, Hospitals have agreed to use the same strict patient criteria and a statewide referral process. Dr. Matthew Prekker helped set it up.

MATTHEW PREKKER: It takes a lot of cooperation among health systems and state leadership and such, but I think doctors and communities have more appetite for that now than they did before.

FARMER: The decisions are still ethically nuanced, Prekker says. It could mean giving an ECMO bed to a patient from across the state over one in your own hospital. But the hope is that it would lead to more survivors. For NPR News, I'm Blake Farmer in Nashville. 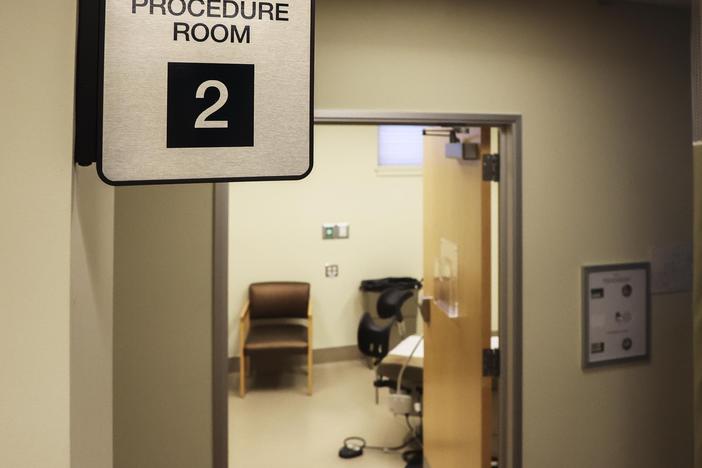 New treatments for COVID-19 is expected to get Emergency Use Authorization from the Food and Drug Administration soon. But how much of the drug will be available, and how soon?