$1.1B Georgia refunds could begin in weeks as Kemp signs law

Special state income tax refunds paid out of Georgia's historic budget surplus could be on their way to taxpayers in six to eight weeks, after Gov. Brian Kemp on Wednesday signed the $1.1 billion refund plan into law.

In brief remarks as he signed the bill, the Republican Kemp saluted lawmakers for agreeing to "this great relief that we're fixing to get hard working Georgians, returning over a billion dollars of their hard earned money that quite honestly, we didn't need this year."

House Bill 1302 will give a $250 refund to single filers, $375 to single adults who head a household with dependents and $500 to married couples filing jointly. The refund would only be paid to people who filed tax returns for both the 2020 and 2021 tax years.

People who have already filed their 2021 taxes, which are due April 18 without an extension, would get money back in a separate payment later. People who haven't filed yet may see the money applied to whatever refund they are due or payment they owe, depending on how quickly the state Department of Revenue and tax preparers can make changes.

The payments come as Kemp and lawmakers seek reelection. Kemp on Friday signed a law suspending Georgia's fuel tax through May 31, a measure state lawmakers backed without opposition.

"We can't fix all those problems up there, but we could do our part to help people here cope with this, and that's what we're doing today," Kemp said.

Democrats attacked Kemp for taking advantage of tax receipts propped up by federal aid he opposed.

"This is a one-time giveaway right before the primary election from a governor who is opposed to eliminating the state income tax," Perdue said.

The income tax refunds had originally been estimated to cost $1.6 billion, but that amount was revised down to $1.1 billion in a March 9 estimate. The fuel tax holiday, providing relief from taxes including the state's 29.1 cents per gallon charged on gasoline, began to move forward around the same time and is estimated to cost up to $400 million in foregone revenue. Kemp plans to use additional surplus, including the money left over from the lower refund estimate, to make up for the shortfall that the gas tax holiday will cause in state roadbuilding funds.

Georgia ran a $3.7 billion surplus in the budget year than ended June 30, filling its rainy day fund to the legal limit and leaving $2.3 billion in additional undesignated surplus that Kemp is using the for the income tax refunds and gas tax holiday.

It's part of a larger burst of state spending including $5,000 raises for state and university employees, $2,000 raises for teachers, and a proposed permanent $1.05 billion cut in state income taxes.

The law says the refunds would be made against a taxpayer's 2020 tax liability. No one could get back more money than they paid in taxes that year.

The state will first use the refund to offset current taxes due and then will issue refunds to taxpayers, typically through a direct deposit to a taxpayer's bank account. However, it would continue intercepting the refunds of people who owe debts, such as delinquent child support.

Crediting or issuing a refund will be automatic for anyone who files a 2020 and 2021 return, with no further action required. People who have already filed 2021 tax returns won't have to refile their taxes. 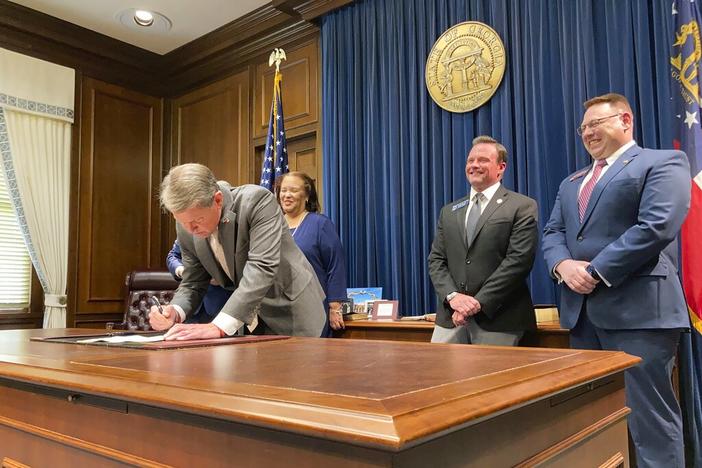 Kemp and lawmakers to decide plan for $6.6B in surplus cash

Georgia's state government ended the 2022 budget year in June with $6.6 billion in surplus cash. Gov. Brian Kemp has plans to spend more than $3 billion through a combination of one-time tax givebacks. 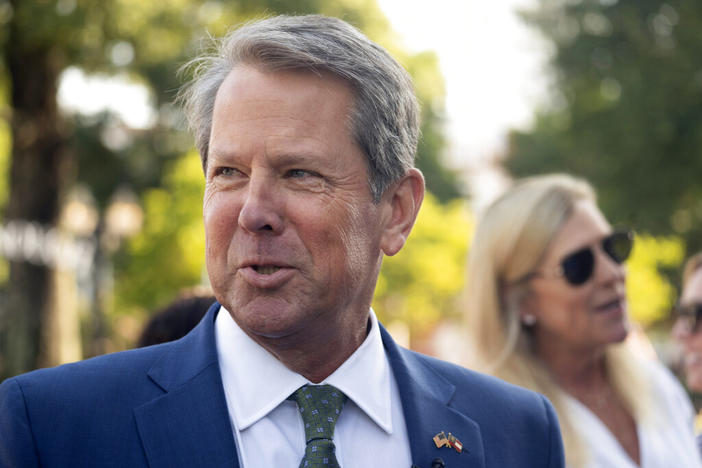 Kemp will hand out up to $1.2B in cash to poorer Georgians

Georgia Gov. Brian Kemp says he will spend up to $1.2 billion on payments of $350 apiece to poorer Georgians. More than 3 million people who were benefitting from Medicaid, subsidized child health insurance, food stamps or cash welfare assistance as of July 31 will get the money. 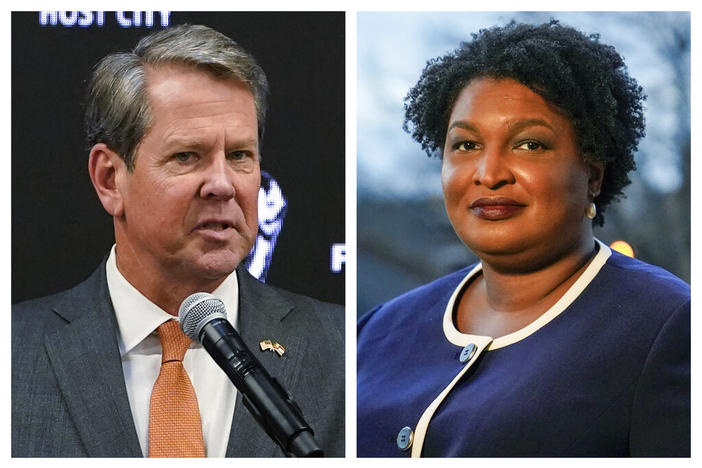 Stacey Abrams tries to one-up Kemp in call for payments

Democratic candidate for governor Stacey Abrams is calling for another round of payments to Georgia taxpayers. She suggests Republican Gov. Brian Kemp should use $2.4 billion in federal COVID-19 relief money to act now.