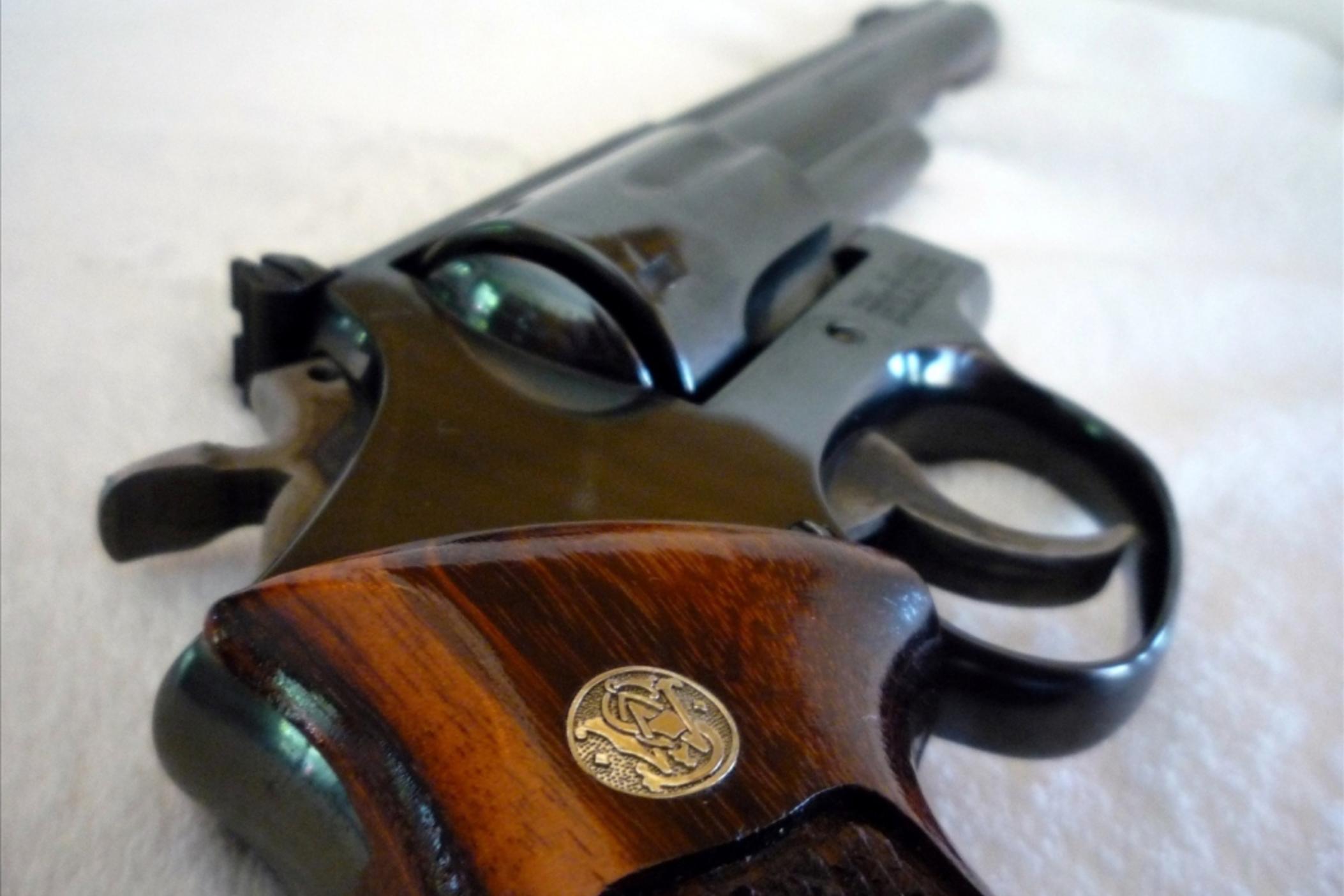 Caption
Under current law, gun owners must file an application for a weapons carry license if they want to carry a concealed firearm in public. But a new measure proponents call "constitutional carry" has passed the Georgia General Assembly and goes to the governor's desk to become law — despite worries about who will slip through the cracks without the background check a gun permit requires.
Credit: File photo

On a sunny afternoon, in the shadow of the Georgia Capitol, Gov. Brian Kemp stood among a small group of gun rights advocates, many armed.

He proclaimed the ongoing legislative session as historic on many fronts, but especially for Second Amendment rights.

Kemp is capitalizing on lawmakers’ time under the Gold Dome to fulfill a 2018 campaign promise to pass a "constitutional carry" law — legislation that would do away with the permitting process for Georgians to carry a concealed handgun in public.

A version of the bill has already passed both the House and the Senate and a final proposal is almost certain to make it to the governor’s desk.

At the rally, Kemp had one message to legislators: “Send it my way.”

“I believe that law-abiding Georgians have the right to carry a firearm without approval from the state government,” he said. “And that is why we are fighting for constitutional carry this session.”

Under current law, gun owners must file an application for a weapons carry license if they want to carry a concealed firearm in public. Proponents argue the measure simply does away with unnecessary paperwork for those already legally able to carry a gun.

State data shows that only a small amount of Georgians apply for permits annually and only a fraction are denied.

But Democrats and advocates for stricter gun laws say it does away with one of the few background checks Georgia has on the books and would let dangerous criminals slip through the cracks at a moment in time when gun violence is already reaching record levels.

The Georgia Council of Probate Court Judges houses data on weapons carry licenses applications and denials across the state — although some data is missing, so the numbers are underreported.

In 2020, more than 280,000 weapons carry licenses were granted across the state with about 5,300 people who applied getting denied.

When a Georgian applies for a permit, the $75 application fee gets divided up between state and local agencies. More than half is sent to the Georgia Bureau of Investigation and the federal government’s national background check system.

But the remaining dollars are sent to the county in which the application was filed — $22 directly to the general fund, $7 for fingerprinting and $5 to the local law enforcement agency.

Eliminating the permit would do away with a channel of funding for counties. Cobb County, which has the second-highest number of applications, would lose out on about $330,000 in their budget, according to the county.

Todd Edwards, with the Association County Commissioners of Georgia, said the association hasn’t taken a stance on the legislation, but doesn’t expect it to make too much of a financial impact on local governments.

“I would say that the approximate cost of money loss would be realized in savings from not having to issue the license to begin with,” he said.

Proponents also argue that even if lawmakers do away with the permit requirements, gun owners would likely still want to get one, in order for gun reciprocity to carry over in other states.

Republican lawmakers paint the measure as a minor fix for “law-abiding” gun owners to extend their Second Amendment rights. Hartwell Republican Rep. Alan Powell pledged that legislators would continue to “take bites out of the apple.”

“To a lot of the folks who have said for years we weren't doing enough, politics changes,” he said at the pro-gun rally. “We have a governor now who is in support of permitless carry — constitutional carry — as we continue to spread your rights in the state of Georgia.”

Slips through the cracks

Although the number of Georgians who are denied weapons carry licenses annually is small, gun control advocates decry the new measure, saying that it gets rid of one of the state’s only checks to keep guns out of the hands of criminals.

In other words, gun control advocates wonder: Why would we want the 5,300 Georgians who were denied a permit in 2020 to be freely walking around armed?

“I think every gun owner understands what the responsibilities are,” said Courtney Spriggs, with gun safety group Moms Demand Action. “And we could rely on people to just be a good guy with a gun, but as we've seen and as gun violence rates rise, that's not always the case. Permitting and background checks add a level of safety.”

“It's just incredibly dangerous both for the public and for law enforcement,” Spriggs said.

When the constitutional carry bill was debated on the Senate floor, Democrats tried without success to offer an amendment to add background checks during private gun sales to counteract the loss of the process during permit process.

According to a poll conducted by The Atlanta Journal-Constitution, 70% of Georgians don’t think individuals should be allowed to carry a concealed handgun without getting a license.

Rabbi Peter Berg is among them.

Leader of The Temple, the oldest Jewish congregation in Atlanta, Berg said the faith community has a responsibility to speak up about the issue.

“Our attention should focus on making the world safer, not giving people the opportunity to get a gun anywhere, any time, any place without a permit,” he said. “And people of faith cannot stand idly by.”

Both the Senate and the House have passed their own versions of constitutional carry legislation. Although passage now seem likely, legislative leadership was unsure at the beginning of the session.

During a press conference in January, House Speaker David Ralston was wary of doing away guardrails to keep firearms out of the hands of individuals suffering from mental health issues.

“I think we have some safeguards in the law that regardless of which direction we go in, we need to keep,” he told reporters. “For example, the mental health component of that is something that I don't want to see us chunk that away. I've talked to law enforcement officers about that, and they're very fearful of that.”

But Kemp faces a tough primary challenge from former U.S. Sen. David Perdue, who has the backing of Donald Trump. The governor and other Republican lawmakers up for election are under pressure from far-right voters to deliver on Second Amendment issues.

Democrats have conceded there’s no stopping the initiative from moving forward.

During debate in the House, Sandy Springs Democrat Rep. Josh McLaurin, said Republicans are putting campaign priorities ahead of policies.

“The majority party has made the calculation that the short-term boost they get for the base outweighs long-term damage to the brand and public policy consequences,” he said. “That is what you own tonight.”

Stephen Fowler contributed to this report. 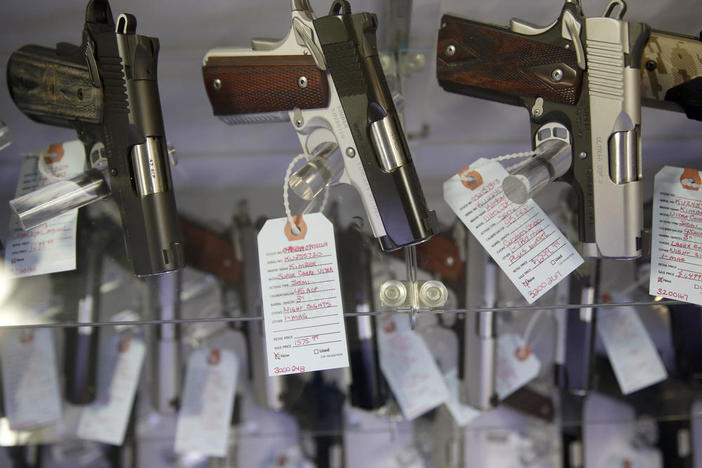 Senate lawmakers backed a bill that does away with the need for a permit to carry a concealed handgun in public.