Oil prices are surging toward $100 a barrel. Here's what that means for you 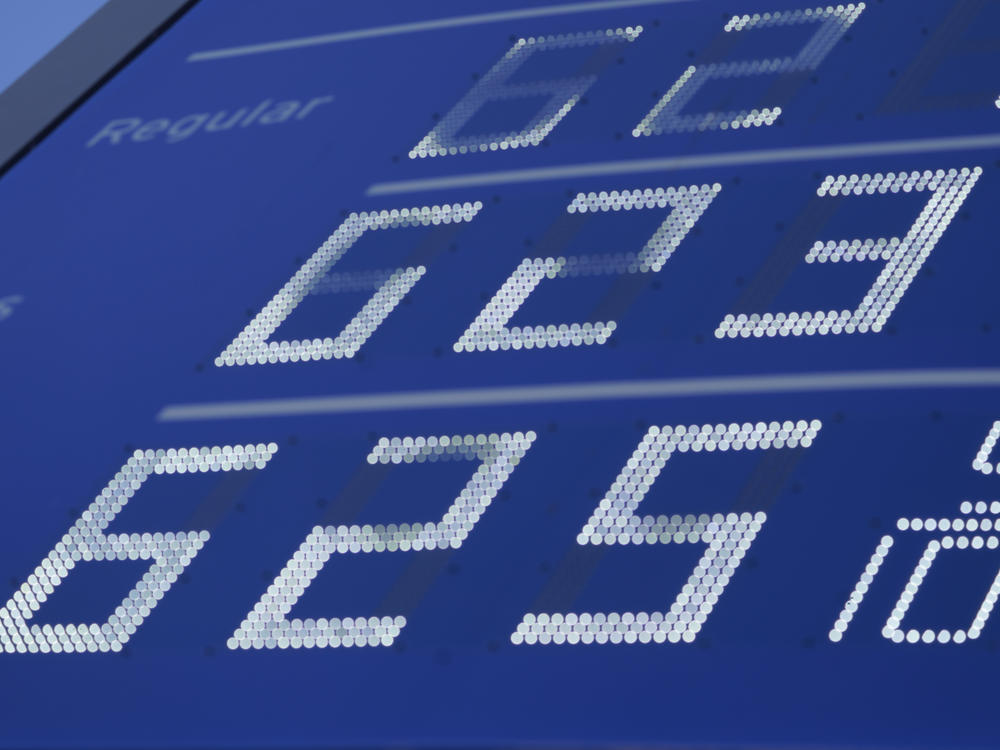 Gasoline prices are displayed at a Chevron gas station in downtown Los Angeles on Feb. 18. Crude oil prices are surging toward $100 a barrel, raising the prospect of even higher gasoline prices. / AP

Oil prices are swinging dramatically, with recent peaks pushing close to a major milestone: $100 a barrel.

The possibility of Russia invading Ukraine is the driving force, but more is at play than the risk of war. And complicating predictions further, the possibility of a deal with Iran is hovering in the background.

Here's what to know as crude oil prices hover within striking distance of the triple digits last seen in 2014.

Yes, the tensions in Ukraine are a key factor

Brent crude prices surged to as high as $99.50 early on Tuesday, after Russia said it was sending troops to eastern Ukraine. There is considerable debate about whether that would constitute an invasion, though U.S. and European countries are drawing up sanctions.

However it's defined, an invasion would clearly have a devastating impact on Ukraine. (NPR has extensively covered the historical and human elements of this conflict.)

And a sizable portion of Russia's natural gas exports, in particular, are carried to Europe through pipelines that pass through Ukraine. That means the outbreak of war could shut down much of Europe's supply of natural gas.

There's another risk: sanctions. In response to Russian President Vladimir Putin's recognition of separatist-held areas in Ukraine, the Biden administration has already issued sanctions against those regions, as well as against two Russian financial institutions. President Biden has promised more sanctions to come should Moscow "continue its aggression."

The Biden administration, which is worried about high energy prices, so far has seemed reluctant to directly target Russia's energy exports, a move that some foreign policy commentators have called for despite the potentially profound global impacts.

But other sanctions, such as financial sanctions, could indirectly reduce Russian oil and gas sales. Russia could also throttle energy exports in retaliation for sanctions.

Any of these outcomes would take supply off the market, while also fueling greater uncertainty, which also tends to elevate prices.

Together, that would almost certainly drive prices above $100. Some Wall Street analysts are even eyeing the possibility of oil hitting as high as $150. 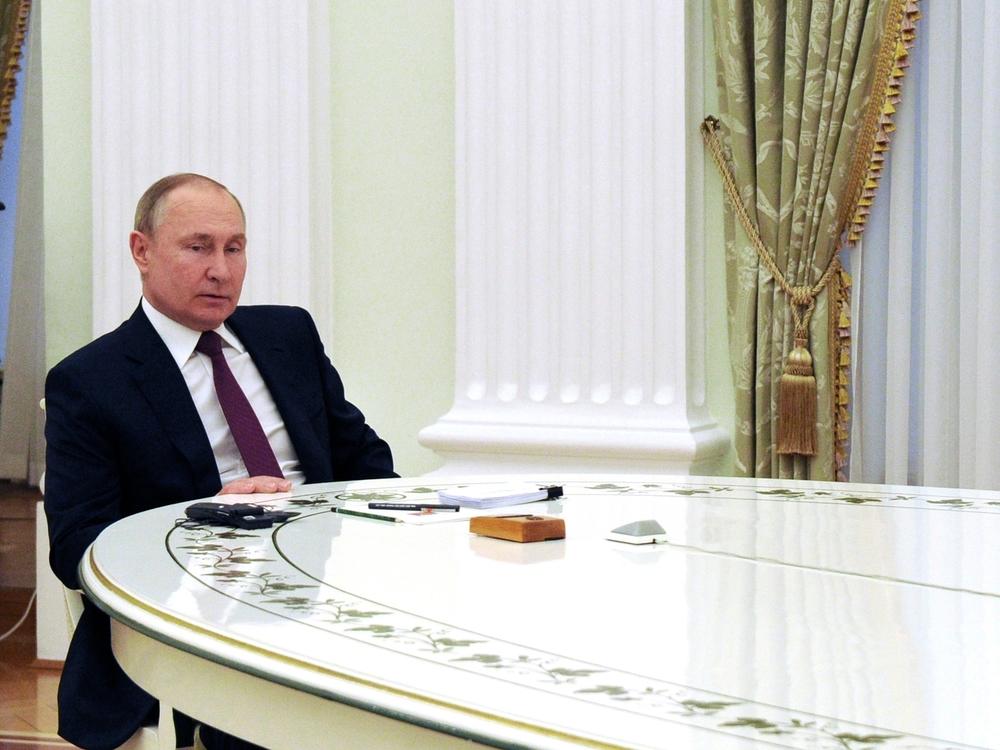 But there are other factors behind the oil price surge

It's not just the prospect of war in Ukraine.

A fundamental mismatch between supply and demand was driving prices up well before the Ukraine-Russia tensions escalated.

Demand for oil has surged since the early pandemic lows. Production, however, has not kept pace.

The oil cartel OPEC+ cut production sharply in 2020 as COVID-19 was spreading around the world, but it has moved only gradually to restore output.

Furthermore, some OPEC+ members have not produced as much oil as they agreed to. Pumping oil from the ground is more complicated than flipping a switch on and off, and some producers that brought production down sharply in 2020 have found it harder than anticipated to bring output back up.

Meanwhile, publicly owned companies have been under pressure from their shareholders to deliver returns, rather than pump as much oil as possible.

And companies have done just that, meaning supply has been smaller than many observers would otherwise expect. Governments and some investors are also pressing oil companies to act more strongly on climate change, although this is widely regarded as having a much smaller impact, so far, on reduced production.

What does this mean in hard numbers? In 2020, Brent crude prices, the commonly used global benchmark, averaged less than $42 a barrel — extraordinarily low. In 2021, they averaged just under $71.

Prices have spent most of February trading in the low $90s, and even if the tensions in Ukraine de-escalated in a "best-case scenario," oil probably wouldn't go below $84 a barrel, according to a recent forecast from analysts at JPMorgan Chase. 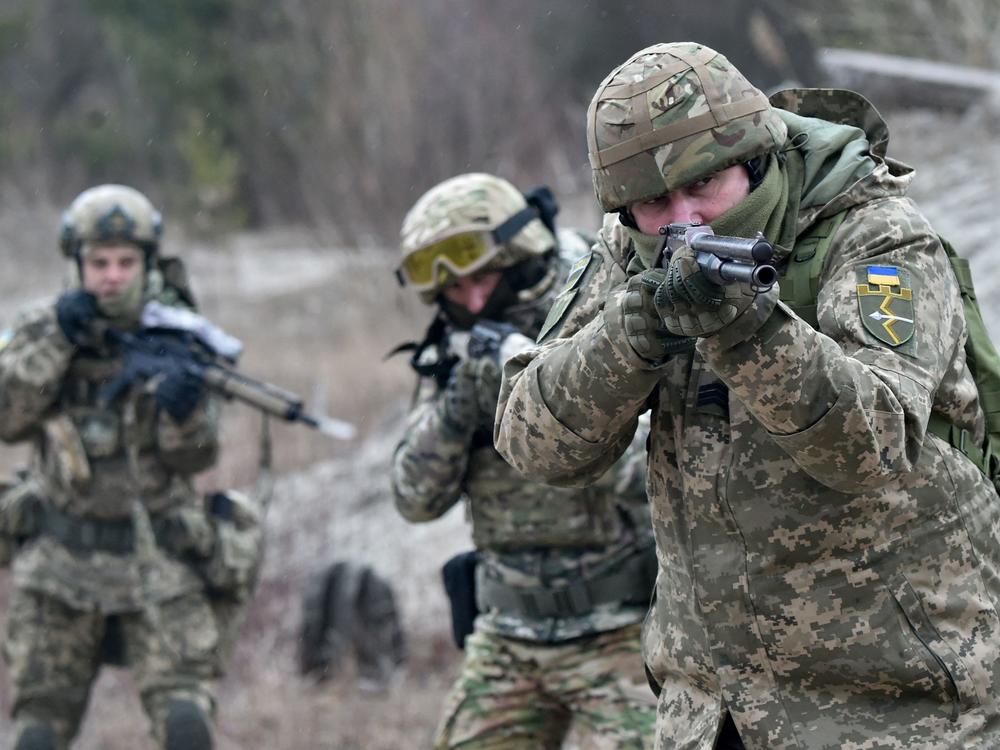 Surging oil prices would impact all of us ...

Surging oil prices benefit oil producers, but they raise costs for everyone else. And that depresses economic activity, as consumers and companies alike respond to higher prices by cutting back.

Gasoline prices in the U.S. are averaging more than $3.50 a gallon, the highest average since 2014. If crude prices should rise higher, gasoline prices would almost certainly climb more.

The biggest burden would fall on lower-income families, since they spend a larger percentage of their household budget on gasoline.

"I want to limit the pain that the American people are feeling at the pump," Biden said in a speech on Tuesday. "This is critical."

Meanwhile, rising natural gas prices could raise electricity and home heating bills. The increasing costs for transportation, power and heat would all contribute to inflation, which is already at its highest rate in 40 years in the U.S., though there is debate about how long the impact would be.

... but a Russian invasion would hit Europe more

Price increases would be felt worldwide, but a reduction in Russian exports would hit Europe much harder than the U.S., given European reliance on Russian natural gas.

Nevertheless, the European Union has promised punishing sanctions if Russia should invade. And on Tuesday, German Chancellor Olaf Scholz announced that the Nord Stream 2 pipeline, which has not yet been opened but is poised to carry natural gas from Russia to Europe, "cannot go online."

Because the pipeline is not yet functioning, this doesn't reduce Russian exports directly, but it suggests that at least some European leaders are willing to absorb potentially intense price increases for diplomatic reasons.

The U.S. and other countries have been discussing alternative sources of natural gas and oil to compensate for a Russian shortfall, but it's not clear how much could be made available to Europe, given the tight global market.

What high oil prices could mean for the climate

World leaders have been calling for an urgent shift away from fossil fuels to reduce the devastating impacts of climate change.

But that push comes at the same moment that they're desperate for more production of fossil fuels in the near term, to bring prices down and avoid public outrage.

This is a messy situation, and high oil prices add to the muddle. 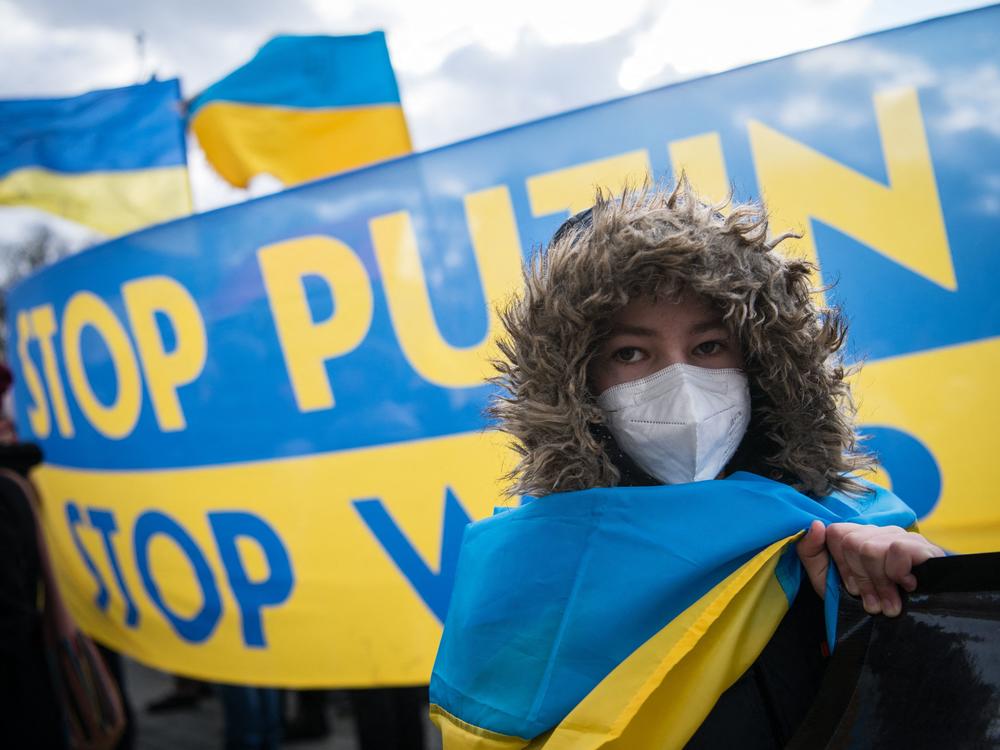 A protester stands in front of a banner reading "Stop Putin — Stop War" during a demonstration for peace in Ukraine in front of the Brandenburg Gate in Berlin on Feb. 19. / AFP via Getty Images

On the one hand, high prices discourage oil consumption — people might be more likely to buy fuel-efficient or electric vehicles, for instance, or travel less. And in electricity markets, high prices for oil and natural gas create an incentive for companies to turn to cheaper alternatives, such as solar and wind energy.

However, high prices provide a payday for oil companies and incentivize more oil production. And politically, they can create a powerful backlash — high energy prices can trigger protests and public outcry that can tank climate-minded policies.

And then there's the wild card: Iran

The risk of a price spike is capturing attention right now, but there is also the possibility that oil prices might actually plummet.

The likeliest cause? A new nuclear deal with Iran.

The U.S. exited the 2015 Iran nuclear deal during the Trump administration and hit Iran with punishing sanctions that — among other things — sharply limited how much oil it can export.

Negotiations are underway to revive the 2015 deal. If successful, a lot of Iranian oil would be heading to global markets.

Those Iranian barrels would logically bring prices down. And some analysts note the impact could be even bigger because of how a deal might influence Saudi Arabia. So far, Saudi Arabia — the dominant voice in OPEC — has opted to keep the market tight, reaping the benefits of higher prices.

But more competition from Iran could cause an abrupt change in strategy. If an Iran deal prompts Saudi Arabia to tap into its unsold oil reserves to defend its market share, then suddenly there are two new sources of oil coming online. That would push prices down, possibly significantly.

And there's another wild card in the wings: A new coronavirus variant could potentially lower oil prices by reviving the prospect of new lockdowns or travel restrictions, which would likely push oil demand down.

When it comes to oil markets — just like every other facet of life these days — the COVID-19 pandemic is a continuous source of uncertainty. 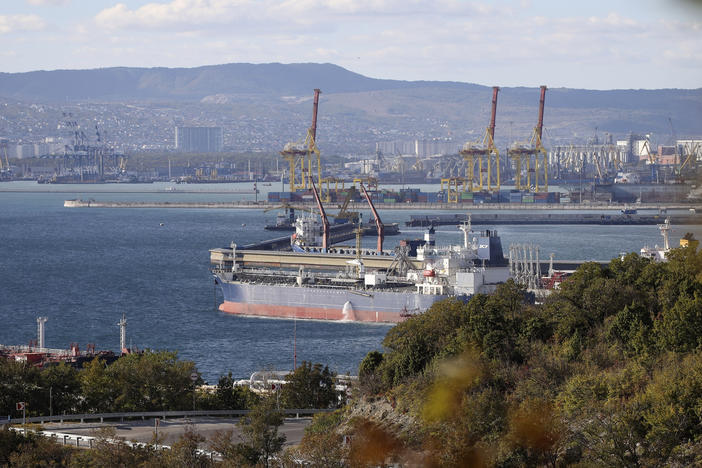 Plans take effect next week that would ban most Russian oil imports from Europe and put a price cap on the oil going elsewhere. But Russia could still make money off oil to fund its war in Ukraine. 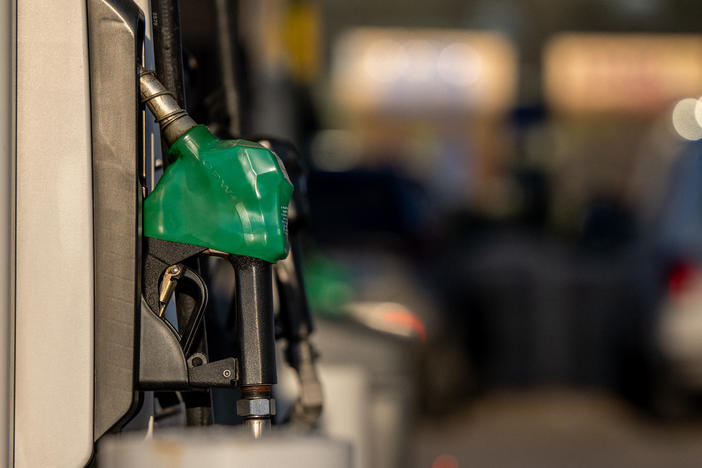 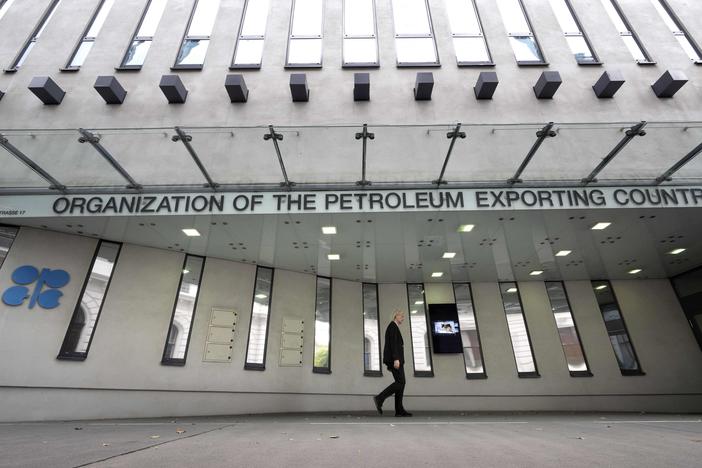 Russia and Saudi Arabia agree to massive cuts to oil output. Here's why it matters

The 2 million bpd cut in oil production was backed by Saudi Arabia and could benefit Russia. The OPEC+ meeting took place as much of the world is battling soaring energy costs and rising inflation.