Scientists have found many planets orbiting distant stars, but so far no proof that any have moons. Now, researchers have detected signs of a large exomoon orbiting a Jupiter-like world.

As astronomers have found more and more planets outside of our solar system, they've wondered if any of them have moons. NPR's Nell Greenfieldboyce reports on the latest advance in the hunt for distant moons.

NELL GREENFIELDBOYCE, BYLINE: Thousands of planets have been detected in recent years, and a lot of astronomers are focused on trying to find ones that might support life. But David Kipping says, what about moons? He's with Columbia University, and he says in science fiction, a moon is often a great place to live.

DAVID KIPPING: If you've seen "Avatar" or "Star Wars," you're probably familiar with this idea that moons in of themselves could be habitable.

GREENFIELDBOYCE: And he says in our real-life solar system, some of the places that look the most intriguing in terms of having key life-supporting features like liquid water are moons. A few years ago, Kipping saw signs of what might be a moon in another planetary system. And now he's found a second possible moon. It's going around a Jupiter-like planet that orbits a sun-like star. They're really, really far away - over 5,000 light years.

KIPPING: The moon is pretty alien compared to any moon in the solar system.

GREENFIELDBOYCE: For one thing, it's weirdly bigger than Earth - like, 2 1/2 times the size.

GREENFIELDBOYCE: That is, if it's really there. Scientists like Kipping can't actually see this moon or even its planet. All they can do is detect a dimming in the star as the moon and planet pass in front of it and block some of the star light. Trying to tease out the subtle signal of a moon - sometimes called an exomoon - is pushing the limits.

GREENFIELDBOYCE: Mary Anne Limbach is a researcher at Texas A&M University who also hunts for moons. She says this new possible one, which is described in the journal Nature Astronomy, does look interesting, but it needs to be confirmed.

LIMBACH: Certainly, you know, I think the object, the event does warrant further follow-up with space-based observatories.

GREENFIELDBOYCE: She says there should be a lot of moons out there to find. After all, in our own solar system, moons outnumber planets. And new telescopes, like the recently launched James Webb Space Telescope, will be much more capable of finding and confirming the presence of moons - even small ones. 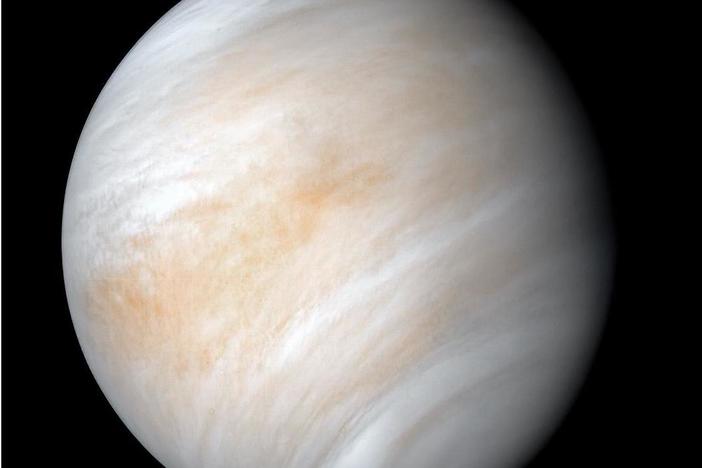 A Possible Sign Of Life Right Next Door To Earth, On Venus

Scientists have found a gas associated with living organisms in a region of Venus' atmosphere. They can't figure out how it got there if it didn't come from life. 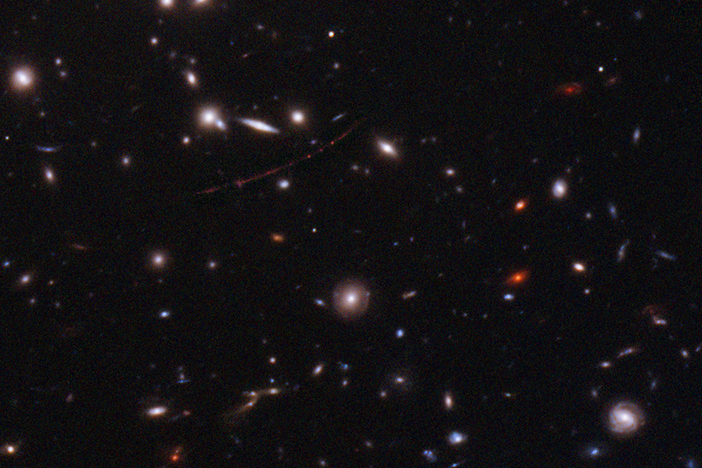 The light from this star that astronomers just spotted is 12.9 billion years old

Scientists using the Hubble Space Telescope have spotted light from what appears to be the most distant star ever seen. It offers a glimpse into an early moment in the history of the universe. 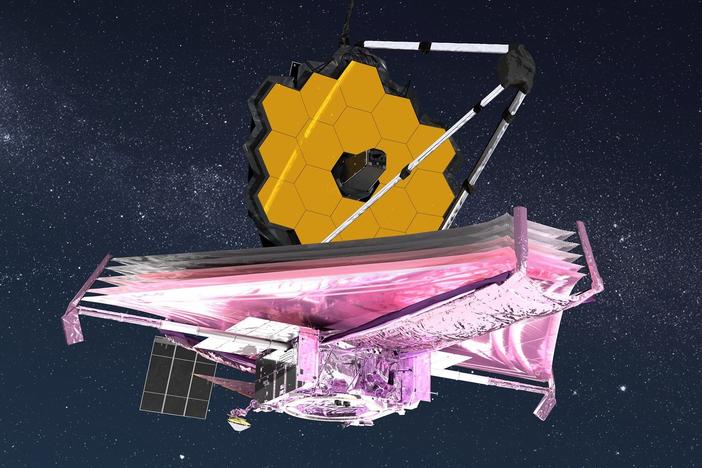 NASA's Got A New, Big Telescope. It Could Find Hints Of Life On Far-Flung Planets

The James Webb Space Telescope will let scientists study small, rocky planets around distant stars in more detail than ever before. After decades of work, it could head into orbit later this year.