Making weather forecasts is hard. Getting people to understand them is even harder

Louis Uccellini retired at the beginning of the month as director of the National Weather Service, the federal agency responsible for issuing forecasts and warnings. His departure ends a nine-year tenure when the weather – especially extreme weather – began upending the lives of greater numbers of Americans.

Winter storms set records in the Pacific Northwest for snow and low temperatures recently. Throughout 2021, the country saw record flooding in the Northeast, and heatwaves in the West. And on the front line of every event has been the National Weather Service (NWS).

Uccellini spent a great deal of his time as director on improving technology at the weather service. But the agency's biggest challenge is effective messaging about the weather, especially extreme events, Uccellini says.

Even now, people don't really understand what forecasts are telling them.

"People often want us to tell them it's going to rain in your backyard over your tomato plant at 5:20 p.m. We can't give that precision of information," says Marshall Shepherd, the head of the atmospheric sciences program at the University of Georgia. "The atmosphere is just a nonlinear, complex, fluid system that you're trying to predict. It's basically like trying to take a beach ball up in Minnesota, putting it in the Mississippi River, and trying to predict exactly where that beach ball is going to be downstream in three to five days."

Shepherd says these kinds of misconceptions fuel doubt within the public. As a result, people often ignore forecasts about serious weather threats and fail to get out of harm's way in time, Uccellini says.

The NWS has made a lot of progress on communication under Uccellini, especially as climate change makes weather more extreme, says Brenda Ekwurzel, director of climate science for the Climate & Energy Program at the Union of Concerned Scientists. Simple changes like telling people to seek shelter instead of sending a warning in all capital letters have made the difference, she says.

But Ekwurzel says the NWS is underfunded, despite its critical mission. Its total budget in 2021 was $1.2 billion.

"They literally have saved lives on a scale that is underappreciated because a life saved – we don't have those numbers, right?" Ekwurzel says.

In a wide-ranging conversation, Uccellini spoke about how factors like climate change and messaging have forced the agency, the backbone of the weather industry, to change how it does its job. 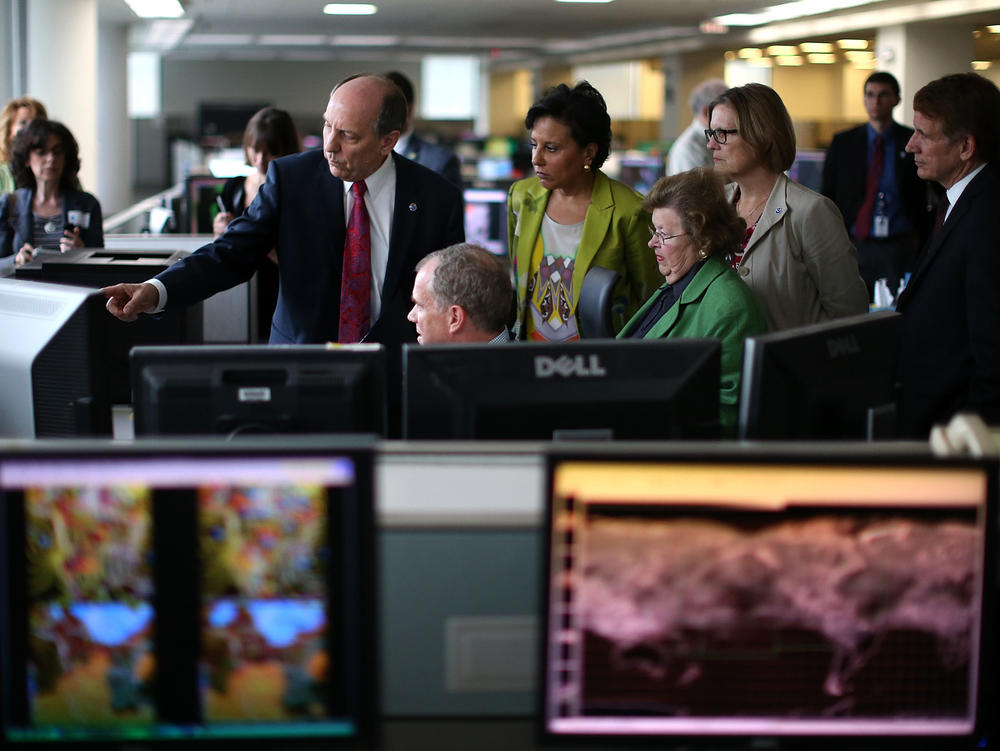 What did your job look like when you started?

In 2011, there was a severe weather outbreak. We had great forecasts, great outlooks, great warnings and yet almost the exact same number of people died – over 300 in that case – as in 1974. We had all this new technology, we got all the forecast right but the same number of people died. So there was a real message there for all of us, to address what we call the last mile, the connection between forecasts and warnings, the media, et cetera, to the decision makers and decisions made by the citizens in the face of a threat.

We were right at the front end of what we call building a "Weather Ready Nation," which embraced the strategic view that every community should be ready for and respond to extreme events.

Was the idea to start the Weather Ready Nation initiative connected to climate change at all?

No, not at the beginning. It was really to focus on the problem that even if we make a good forecast and issue watches and warnings, the interaction at the intergovernmental level, federal, state and local, was not tied into what [the NWS] was doing.

We had to go beyond our physical basis for making a forecast and warning into the social science, into the human factors of decision making. We all know we have errors. There's no such thing as a perfect forecast. But you have to communicate the best knowledge you have with the uncertainty quantified. That's what we've been doing over the past nine years, and I would argue that it's been successful. Still more to do though.

When you say that there's still more to do, can you elaborate on that a little bit more?

There might be some infrastructure issues that now need to be addressed, whether it's the tornadoes in the Midwest, the fires in the far west, the heavy rain events that we had in Tennessee and New York City. There might be areas in the fundamental response and the infrastructure of the community itself that need to be looked at, not using that as an excuse at all. But these are things we need to do and that gets into the climate arena that we're seeing now. 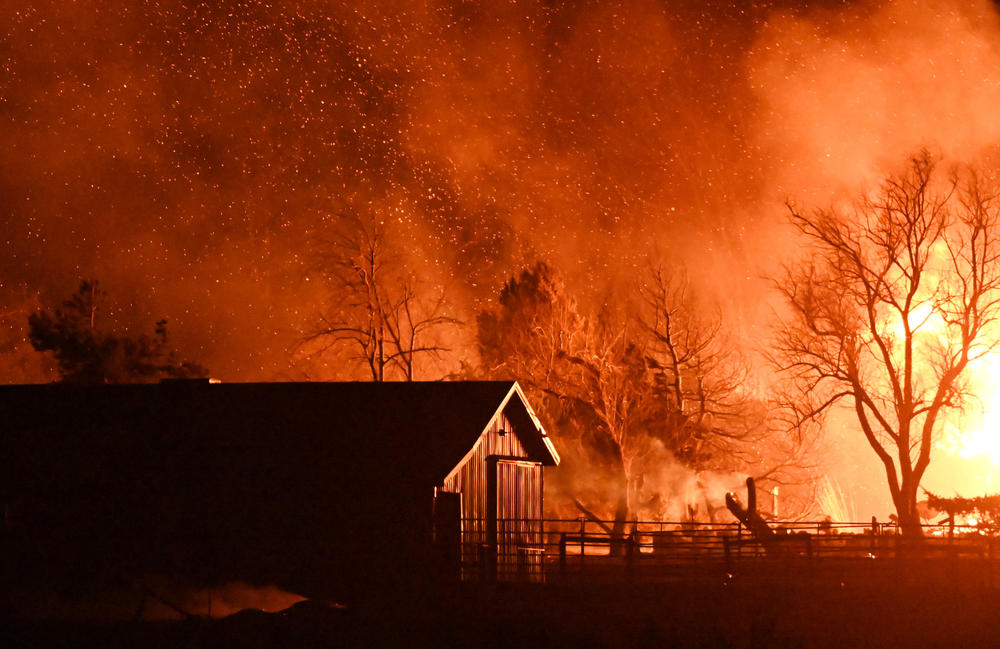 A home burns on South Boulder Road as the Marshall Fire sweeps through Boulder County, burning nearly 600 homes on Dec. 30, 2021 in Boulder, Colo. 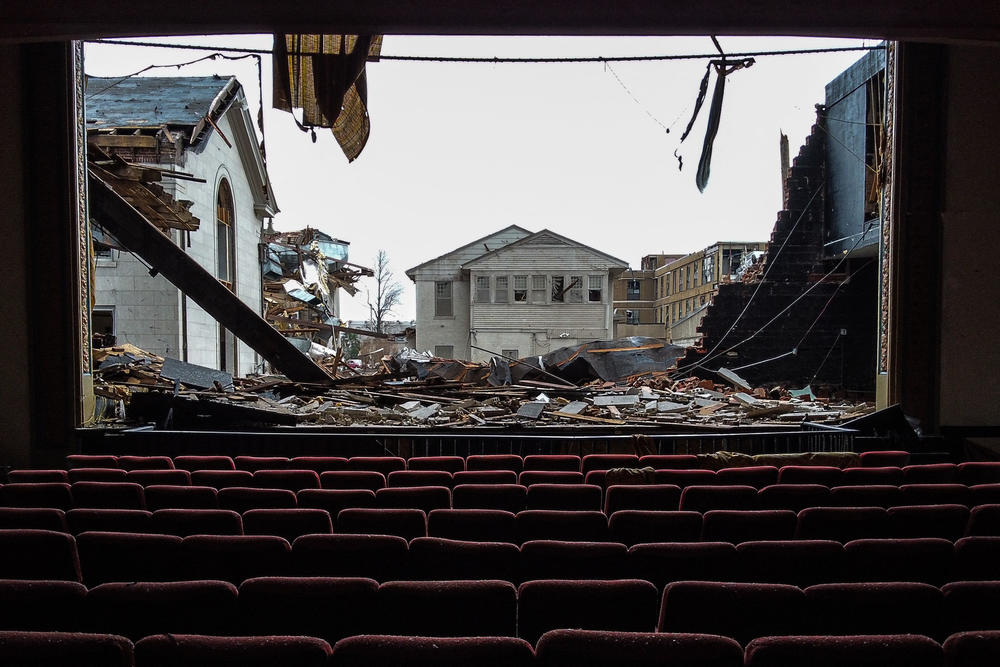 The Legion Theatre was destroyed in Mayfield, Kentucky, when tornadoes ravaged the region on Dec. 10, 2021. President Joe Biden toured Kentucky cities and towns days later, pledging the government would foot 100% of the bill for emergency relief for 30 days.

When it comes to infrastructure and those ground-level assessments, what needs to be addressed?

Whether it's in a city or even in the Midwest for the tornadoes, we have to look at where people are living. The buildings that they live in, whether they meet the standards or not in "Tornado Alley." Maybe every facility needs a storm shelter, for example, that will be strong enough to withstand 190-200 mph winds. That's an infrastructure issue.

In the places where people were living in [New York City], there was evidence that the storm drains needed to be cleaned out. Maybe they have to be cleaned out every week. If you're going to be ready for something like [extreme rainfall], the slightest blockage will affect urban hydrology. Where that water goes and how fast it pours into it any lower area in the city, including subways – all of this needs to be looked at.

And that's the challenge now that we didn't see even 10 years ago. We knew this was a possibility from the science that was done in the 90s and into this era of global warming that these rainfall rates would be larger. There's still a lot of research to be done there.

Then there's that fire, heat and droughts would be more extreme. We're certainly seeing that all this was hypothesized. We didn't factor that in because we still had this other larger problem of connecting with emergency managers. And that's part of our challenge today. 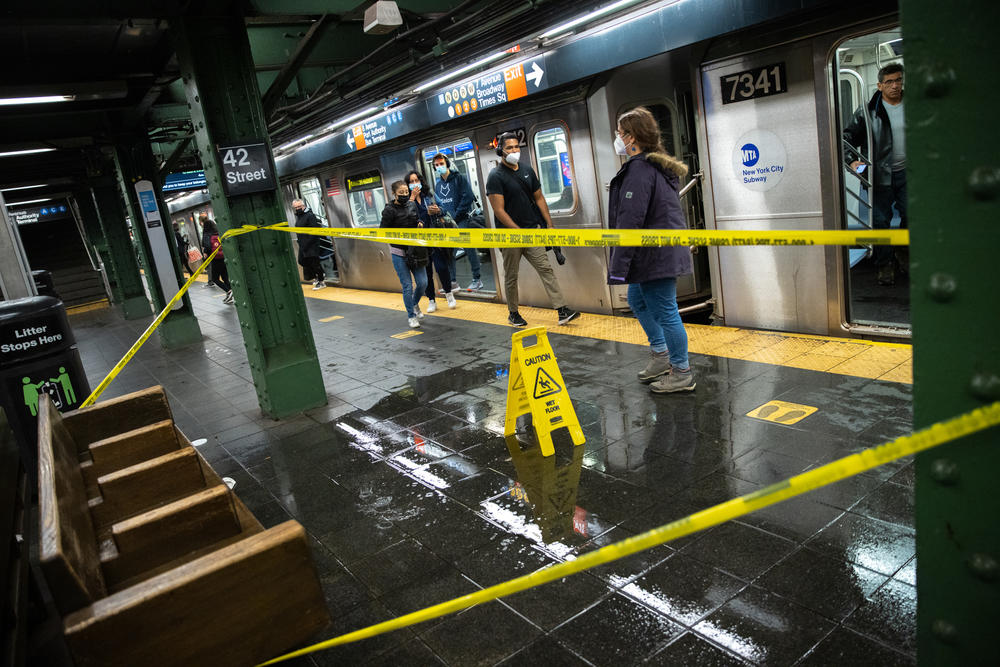 A flooded floor is blocked off in the 42nd Street Times Square subway station during a rain storm in New York on Oct. 26, 2021. New York City commuters faced a blustery, soaked-to-the-skin trek to work Tuesday as a powerful coastal storm unwound across the Northeast.

Why is it so hard to explain the science and jargon of weather and climate to people?

The challenge now is we're seeing the magnitude of events that we haven't seen before, and quite frankly, our forecast systems aren't necessarily calibrated for. So we're looking at that. That's a science issue.

Then you communicate that and try to get people to respond. [But the problem is] people have to visualize the risk in a way or internalize the risk factor in a way that they'll respond to it. And if they haven't seen something like this and you start forecasting a three- to one-day [warning] in advance, they're saying, 'Yeah, right.'

And what if it doesn't happen the first time? What if it's not quite the record that you thought it was going to be then the next time you do it, they say, Well, there they go again. Right? So you have a credibility issue, which you know, rightfully is a part of this whole challenge of how you affect human decisions.

So, it's a really complicated problem. It's social science. It's human factors. Physical scientists usually aren't trained in that right. So we're engaging with the social science experts now in ways that we haven't done before, and we probably should have.

In this audio story, as well as in a previous web version, we incorrectly say that a "20% chance of rain" means 20% of a city's area will see rain. In fact, the 20% chance refers to the likelihood of rain over the entire area covered by the forecast. 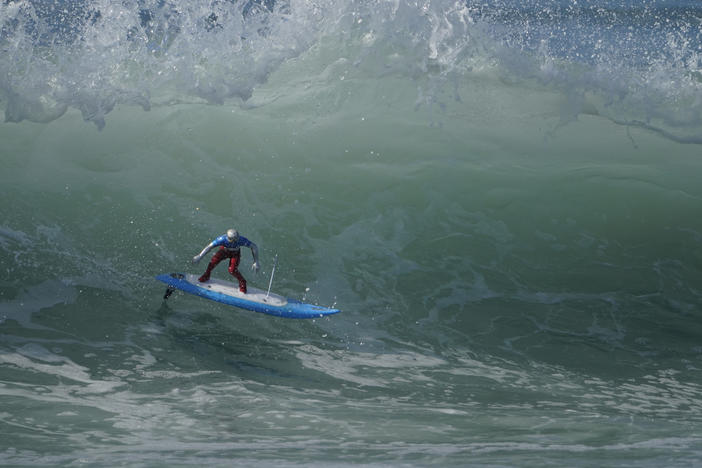 Grab your camera and help science! King tides are crashing onto California beaches

The unusually high and low tides will be affecting coastal communities over the weekend. Scientists are calling on residents and visitors to help document the phenomenon. 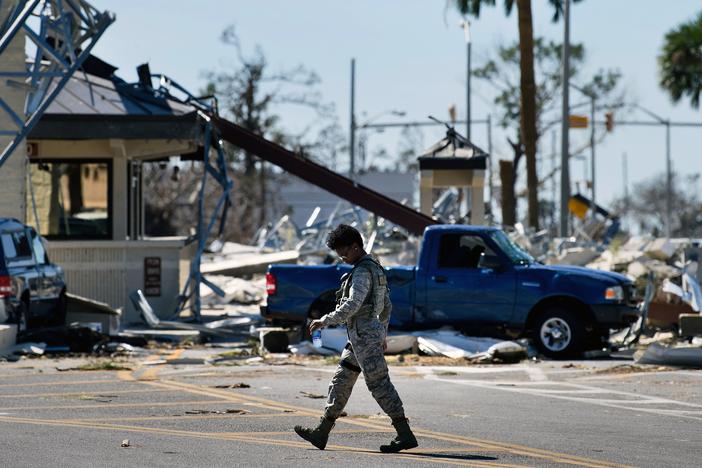 Climate change is a risk to national security, the Pentagon says

Deputy Secretary of Defense Kathleen Hicks says the effects of climate change are already being felt. Storms have damaged U.S. bases and rising seas could submerge U.S. installations in the Pacific. 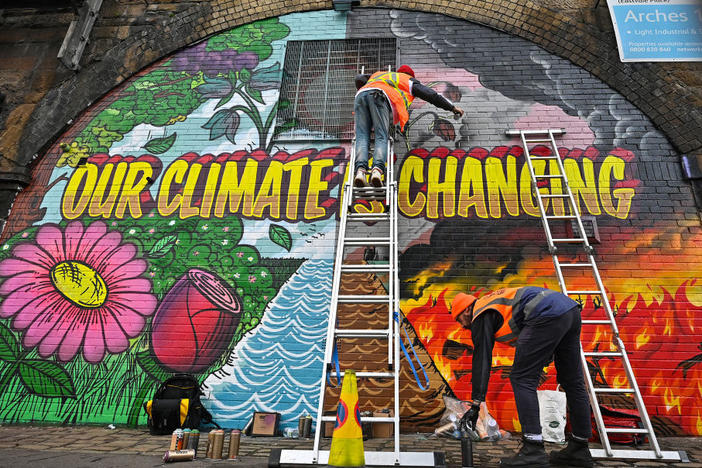