U.S. Capitol Police have faced a heavy toll in the year since the January 6 insurrection. The attack itself injured more than 80 officers. Several have died since then and still dozens more have quit. Capitol Police Chief Tom Manger took over that job less than six months ago, after several top officials were forced out, and he's pledged to address security failures and low morale among the officers under his command.

TOM MANGER: This department cares about them. We're not going to let them down in the future, the way they felt let down on January 6.

MARTINEZ: Manger spoke with NPR congressional reporter Claudia Grisales who joins us now. This past year has been really tough and traumatic for Capitol Police officers, Claudia. What is the agency doing to address that?

CLAUDIA GRISALES, BYLINE: Right. They suffered tremendous loss this past year. For example, of the 80 injured, some are still on medical leave and more than 130 have quit. This past year also saw more emergencies for the agency to deal with, including an April car attack at a Capitol checkpoint that left another officer dead. So Manger said he's working all sides of this, including addressing morale.

MANGER: Morale is in the eye of the beholder. There's going to be some people that you ask about morale and they say, oh, morale's the worst it's ever been. There's going to be others that you ask them about - how's the job going? And they'll say, it's OK, you know? And so the - really, the discussion that I often have with officers about morale is think back to why you took this job in the first place, and think about that and then think, you know, is the job now harder than you thought it was going to be? And so that impacts morale. You know, you think, oh, well, this wasn't what I expected. This is much harder.

GRISALES: The agency will add a new wellness center this year near the Capitol for officers to go to if they need help. And Manger wants to address staffing shortages. He wants to hire nearly 300 more cops this year and try to get up to about 2,000 total officers to address increasing demand. This is all going to be in focus this week with the anniversary, as well as when Manger testifies before Congress for the first time.

MARTINEZ: Yeah, so these demands follow security failures we saw on January 6. What have they done to fix those issues?

GRISALES: Manger says Capitol Police have bulked up their intelligence sharing. This was the key January 6 failure. They hired a longtime Secret Service agent to help oversee large-scale events and added several new intelligence analysts. Manger said the agency is also ramping up their training, equipment and staffing deficiencies for their Civil Disturbance unit, which is their riot control division.

GRISALES: They also have boosted communications, which was another area of weakness.

MARTINEZ: A year after January 6, Claudia - I mean, what do Capitol Police say about the threats facing lawmakers?

MANGER: Not all of them rise to the level of a criminal threat, but all of them are cases that we needed to look into. So it's been a big challenge.

GRISALES: Most cases have been centered in California and Florida, so the department opened up two new field offices in those states in the last couple of months.

MARTINEZ: Wow. What are some of the other big challenges the Capitol Police face?

GRISALES: Well, there are setbacks. Last month, a worker got past security with a gun in his bag, and it happened to be on the same day that President Biden was expected at the Capitol. A first officer missed the gun on an X-ray machine, but later a second officer caught it, triggering a lockdown and a hunt for the employee, who Manger says was located 12 minutes later.

MANGER: But the bottom line is, it shouldn't have happened. But it was human error, and we certainly reinforced with those two officers - and will reinforce - their training. And no one has to convince anybody - me or any of the officers here - how critical it is that we not make those kinds of mistakes.

GRISALES: It's these sort of accounts that lawmakers want Manger to cover when he goes before the Senate Rules Committee on Wednesday. The agency is also winning a lot of praise for their work along the way from congressional leaders and lawmakers, including their response to the April car attack that they saw at the checkpoint in a response to a far-right rally in September.

But lawmakers want to see more progress this year, and the Capitol Police watchdog wants to see them complete more than a hundred fixes, and only about a third have been completed so far.

GRISALES: Thank you much. Transcript provided by NPR, Copyright NPR. 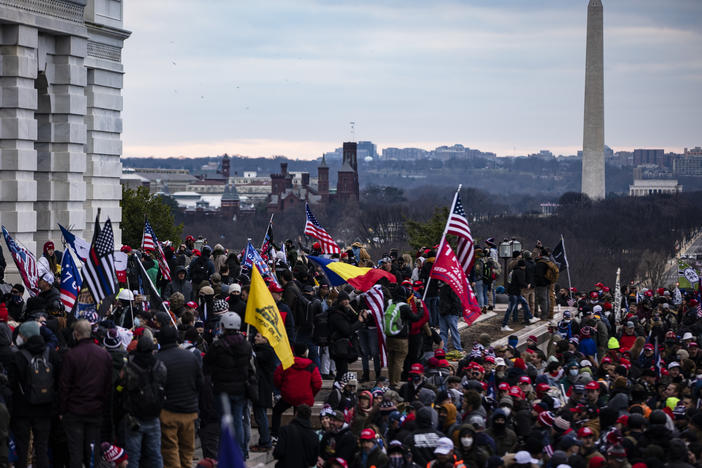 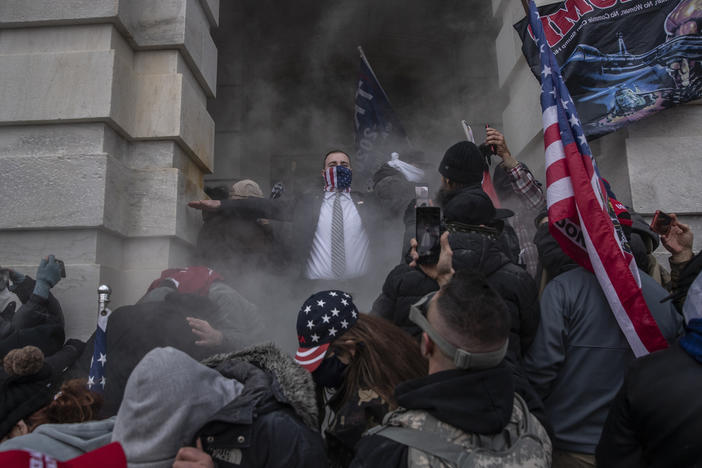 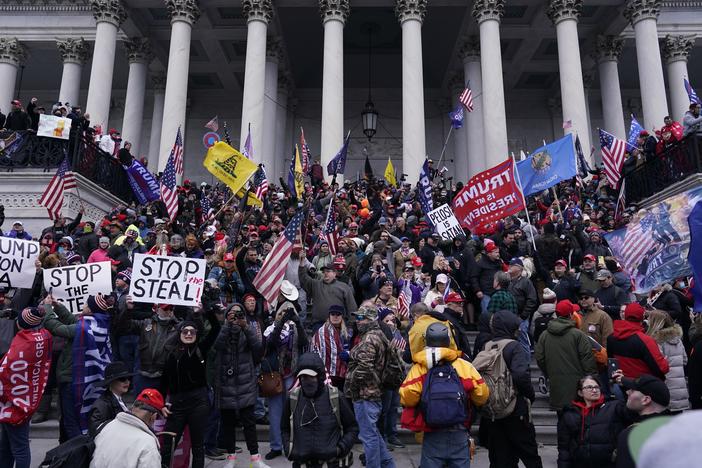