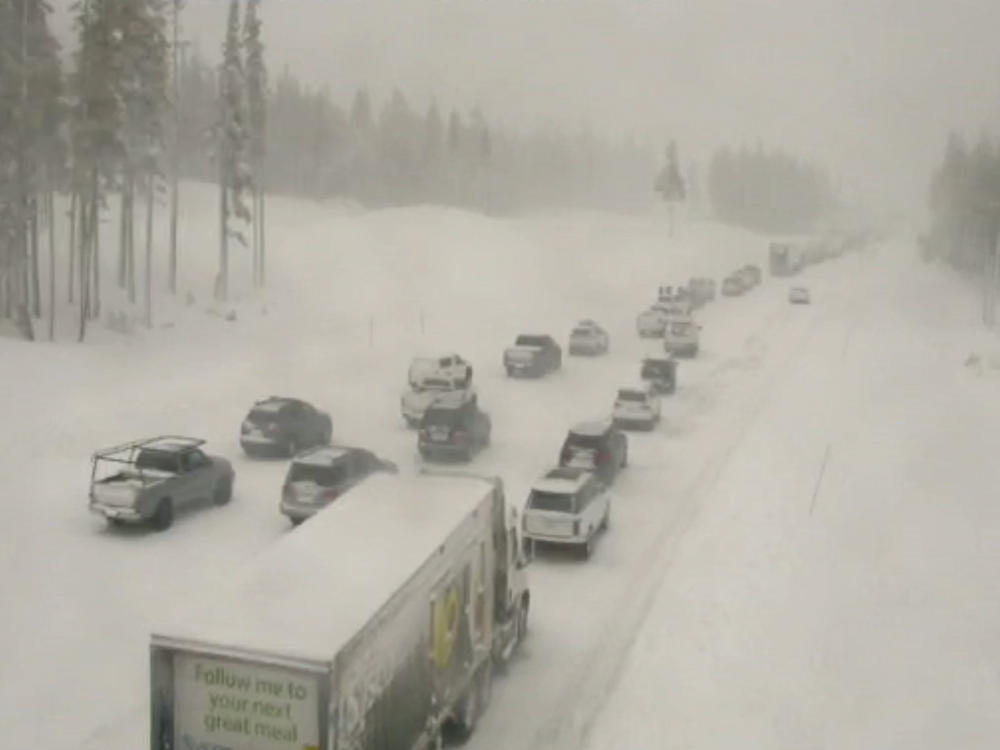 In this image taken from video from a Caltrans remote video traffic camera, vehicles are backed up on a snow-covered Interstate 80 at Donner Summit, Calif., on Thursday. Snow continued over the Christmas weekend in the area. / Caltrans via AP

A major snowstorm that blanketed much of the western United States over Christmas weekend has left travel difficult or impossible with several major highways closed throughout the mountains of Northern California and Nevada.

More snow showers and the lowest temperatures in years are expected over the course of the week.

As of Monday morning Pacific time, all roads in the Sierra and U.S. 395 north and south of Reno were closed. Interstate 80, State Route 20 and State Route 49 were all shut down up to the Nevada state line, because of downed trees, power lines and continued heavy snow. The roads will likely remain closed through Monday, according to the state department of transportation; U.S. 395 will stay closed between Routes 203 and 182 because of heavy snow and poor visibility.

All highways in and out of the Tahoe Basin also remained closed as of Monday afternoon. State DOT crews were continuing to plow the highways, but "the show is still falling and isn't expected to taper off until night," Caltrans said. The greater Lake Tahoe area has seen heavy snow all day, with snow accumulation of 6 to 12 inches. A winter storm warning remains in effect until 1 a.m. Tuesday Pacific time.

"Travel is nearly impossible today" in the greater Lake Tahoe area, the National Weather Service said, warning that if you do leave home and try to travel, "You will be stuck in your vehicle for many hours." Anyone who must travel should "prepare for long delays and carry an emergency kit with extra food, water and clothing."

Plane travel is also difficult, as flights out of LAX were canceled because of bad winter weather and staffing shortages caused by a surge in coronavirus infections, the Los Angeles Times reported. At least 101 flights were canceled and 286 delayed at LAX Monday, according to FlightAware.com.

Snow totals broke records in some places. According to the UC Berkeley Central Sierra snow lab, the past day of snow helped lead to the snowiest December in more than 50 years.

As of Monday morning, the lab had measured 193.7 inches of snow. "We have smashed the previous record of 179" of snow in December set in 1970!" the lab said, adding that with continuing heavy snowfall, "we could even break the 200" mark today!" The snow was so deep, it took workers 40 minutes to make their way 50 yards from the front of the lab to the measurement area.

The National Weather Service declared a winter storm warning until this evening in several areas of northeast California. The Sacramento NWS office warned of major holiday travel delays with "near white out conditions at times." Three to 15 inches of snow is forecast through Monday, with up to 2 feet in higher elevations. 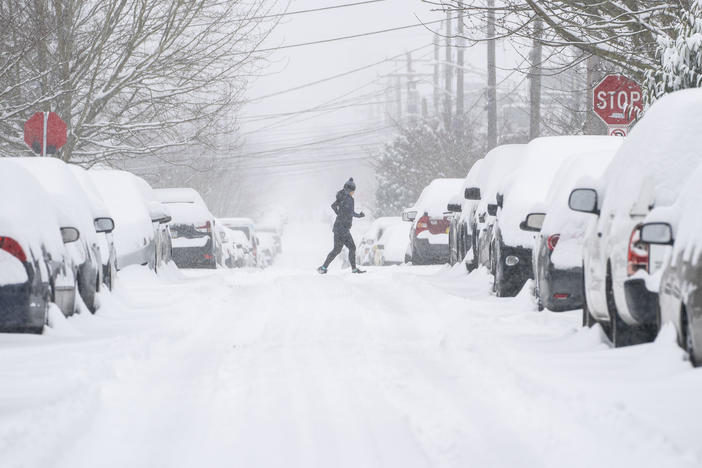 More than 100 million Americans were under some type of winter weather advisory on Saturday, with more snow and ice expected to hit the southern and eastern United States over the coming days. 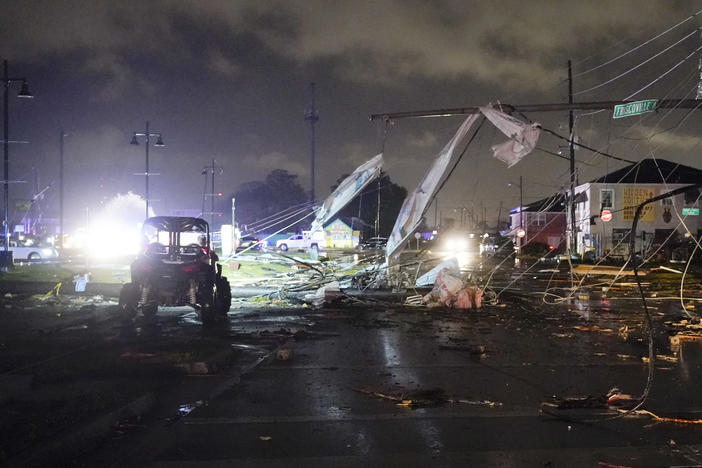 How to keep yourself safe during a tornado

Outrunning a tornado is very unlikely. But there are several things you can do to increase your chances of staying safe if a tornado hits.