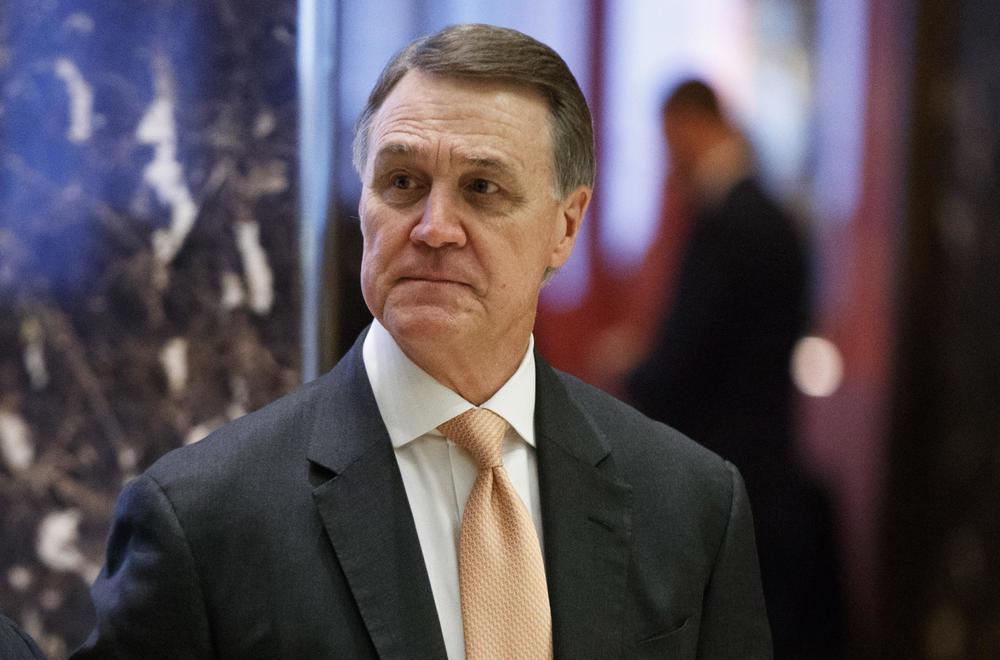 Former Sen. David Perdue, running for governor of Georgia, has made several false claims about elections.

Former Republican Sen. David Perdue has launched his campaign to be Georgia's governor on false claims about the 2020 election, echoing incorrect and misleading information pushed by former President Donald Trump since his defeat.

In a launch video released Monday and four interviews conducted this week, Perdue has repeated false claims that Democrat Stacey Abrams controlled Georgia's elections system, implied that "irregularities" marred the thrice-counted presidential election and said he would have ignored state law requiring him to certify election results if he had been governor in 2020.

Perdue's campaign, backed by Trump, comes as Gov. Brian Kemp faces attacks from members of his own party for not overturning the election in Trump's favor after President Joe Biden narrowly won the state by about 12,000 votes. Trump has continued to focus on Georgia and its elections, frequently attacking Kemp and Republican Secretary of State Brad Raffensperger.

"Brian Kemp has failed Georgia," Trump said in his statement endorsing Perdue. "He caved to Stacey Abrams before the 2020 Election and allowed massive Election Fraud to take place. The signing of the Stacey Abrams-backed Consent Decree, so stupidly giving her and the Democrats everything they wanted, was a monumental mistake for not only Georgia, but also for our Nation!"

But the "consent decree" mentioned by Trump and hinted at by Perdue does not do what they say it does. It did not involve Kemp, changed very little about Georgia election processes and did not hand over "control" of elections to Abrams. It is also unlikely Perdue would have or could follow through with his claim to Axios that he would not have certified the 2020 election results. And while he told the Atlanta Journal-Constitution he asked Kemp to call a special session to make sure things were "fixed" before January, the governor's spokesman disputes that claim — and legal precedent suggests changes would likely not be made mid-election.

Let's look a little deeper at these claims Perdue has made at the onset of his campaign.

What does this 'consent decree' they're talking about actually do?

The lawsuit said that because counties had varying definitions of what promptly notifying voters meant, voters who cast absentee ballots close to the deadline were being disenfranchised.

After the lawsuit was filed, Georgia's State Election Board, the rulemaking authority for implementing election laws, posted and approved SEB Rule 183-1-14-.13. The rule said county elections officials must notify voters who have absentee ballots rejected by mail and attempt to contact voters by email and phone, if that information is in their voter registration record, within three business days of the rejection.

For rejections that occur within the final 11 days of the voting period, that notification must occur by the next business day.

In the lawsuit, a settlement agreement (not a consent decree) was reached, which dismissed the lawsuit so long as the state agreed to follow the new SEB rule and issue a bulletin to counties clarifying the process election workers used to validate signatures on absentee ballots to include the new rejection timeline.

It did not change the rules surrounding signature match, had nothing to do with Stacey Abrams or Brian Kemp, and did not need to involve the legislature.

In fact, the State Election Board rule was created because of the legislature's changes to state law passed in 2019's House Bill 316.

So no, Brian Kemp did not "cave" to Stacey Abrams and hand over control of the elections.

Could David Perdue choose not to certify election results if he is governor?

According to state law, no. But any theoretical action is possible if you make a claim about what you would have done for something that already happened.

The only way around that deadline and mandate to certify the results is "by an order of a judge of superior court."

Also: Certification of results is an important milestone that then allows for elections to be legally challenged, so not certifying results would have delayed or prevented some of the challenges filed by Trump's allies (though the courts rejected them, all the same) in the weeks after.

What about calling a special session?

Many of Trump's allies and current Republican lawmakers have claimed Kemp should have called a special session to address voter fraud and change election laws ahead of the Jan. 5 runoffs for U.S. Senate and public service commissioner. Kemp rejected those calls and stated that state and federal law did not allow a session to select a separate slate of presidential electors.

In a joint statement with Lt. Gov. Geoff Duncan, the governor also said "Any attempt by the legislature to retroactively change that process for the Nov. 3 election would be unconstitutional and immediately enjoined by the courts, resulting in a long legal dispute and no short-term resolution."

As for changing election laws before the January runoff, several different lawsuits were filed in an attempt to tweak rules but were rejected.

One suit filed by Perdue, former Sen. Kelly Loeffler, the Georgia Republican Party and the National Republican Senatorial Committee tried to change the rules for absentee ballot signature matching. Another federal judge rejected a second lawsuit by Perdue and Loeffler seeking to segregate ballots cast by voters who registered after Nov. 3 but before the election deadline, noting at the time that "we are, as it relates to this particular election, closing in on halftime."

Cody Hall, a spokesman for Kemp's campaign, said that Perdue's new claims are false, and he actually asked the governor not to call a special session.

“David Perdue lies as easily as he breathes," Hall said in a statement. "Perdue never asked the Governor to call a special session. Period. In fact, his campaign — and Perdue himself — asked for there not to be a special session called. At the time, they knew that a special session could not overturn the 2020 general election and that changes to election rules for an election already underway are not allowed under state law or court precedent. Now, Perdue is a desperate, failed former politician who will do anything to soothe his own bruised ego.” 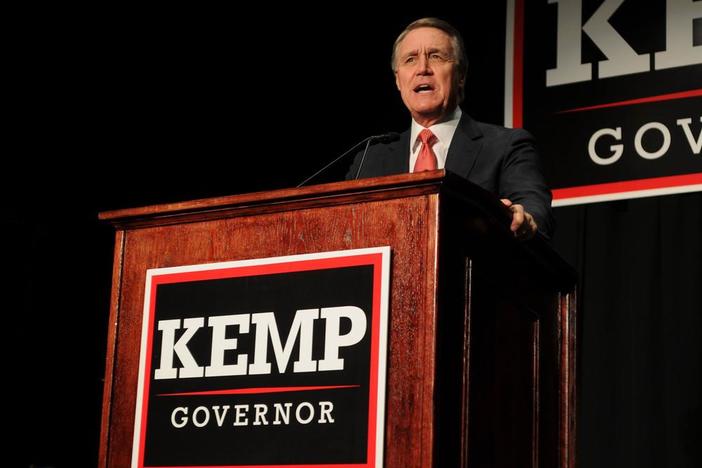